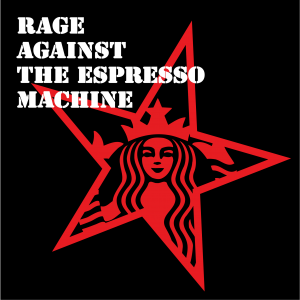 In January 2003, the United States and its allies were on the verge of invading Iraq. I thought that starting a second war was a bad idea, so when a friend invited me to go on a war protest in DC, I jumped at the chance. After all, as a former Vice Chair of the Academic Assembly, I had spent the better part of my college career fighting student apathy. If I could help get people interested in their nation’s foreign policy, all the better.

I paid $50 from my meager savings, leaving me with just $15 for the rest of the trip. That meant I would be eating a lot of peanut butter sandwiches that weekend. I would also be sitting on a bus for 13 hours each way and sleeping on the basement floor of a Unitarian church.

The ride there was long and uncomfortable. I had a mix CD, but it only had thirteen songs and I was sick of it before we even got through Ohio. Then I tried to sleep, but I just couldn’t get comfortable enough. I never got a moment’s worth of rest, and I ended up watching the sun rise over the Capitol Dome. It was a beautiful sight as the sun reflected off of the snow. It was beautiful, but cold, and ten minutes after we got off of the bus, I was starting to shiver. I was dressed for January weather, but it was impossible to keep warm standing around all morning in the National Mall.

Standing in the Cold

I’d never realized just how much standing around there was in the protest biz. I spent the bulk of my morning chatting with people, both about the U.S. Government’s foreign policy and the mundane niceties of small talk. It was almost like a cocktail party, except for the freezing weather and the lack of alcoholic drinks. So it really wasn’t much like a cocktail party at all. Still, it was fun if I ignored the stinging numbness on my exposed flesh.

After a long morning of standing around, listening to garbled speeches on an awful sound system, it was time to march. The word “march” didn’t really fit though. “March” implies some sort of order or precision, and this was anything but ordered and precise. This protest was more like a crowd of people pouring out of Spartan Stadium after a game. Only instead of singing “Fight, Fight, Rah, Team, Fight”, they were singing “Give Peace a Chance.”

“If this thing turns into throwing trash cans into Starbucks windows, nobody’s going to be down with that. We all love Starbucks.”

As we walked down Pennsylvania Avenue, we passed a Starbucks, one of about 800 in the District. Then, as we neared the place, I started hearing a new chant drowning out the shouts of “No blood for oil” and “Peace is patriotic.” These chanters were screaming “Starsucks” for “Starfucks” or some other not-so-clever play on words. I looked around at my fellow marchers. Half of them were decrying the evils of coffee shop chains, the other half were looking around with a look of confusion. Like me, they were wondering what Starbucks had to do with the invasion of Iraq. I really wanted to grab a bullhorn and yell “Focus, people. Focus!” to all of the angry young kids who were so easily distracted from the protest.

I tried to ignore the more radical contingent around me and just keep walking. What choice did I have? I was stuck in DC for the next 24 hours, and I really didn’t want lose my group and miss my ride home.

By the end of the march, I was as cold as I was tired. Twelve hours out in the January cold was really starting to take its toll on my body. I didn’t help that the bus was late picking us up. We ended up standing around a parking lot until dusk. I was looking forward to a hot shower, something that would have to wait till I got back home. I certainly wasn’t looking forward to sleeping on a hard, cold basement floor with a hundred other people. To be honest, I was ready to go back to East Lansing and forget about the whole misadventure.

The rest of the trip went a little easier. The basement floor was uncomfortable, but I was so tired that I slept straight through the night. The next morning, I had a couple of hours to knock around town before our bus left. I even stopped at Starbucks with the fistful of dollars left in my wallet. Overall, it was one of the best experiences of my life. That said, I never want to do it again.

Other Ways to Protest

I still want to get involved and “change the world”, but I will most likely keep my activism to the intellectual sphere: writing, blogging, tweeting, et cetera. Regardless of whether I agree or disagree, I don’t like mobs. No matter how well-intentioned, I find there is something frightening about a group of angry people. And while I applaud people for taking an interest in our democracy, I know that being an “activist” or a “protestor” is not the life for me.