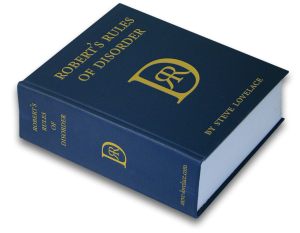 I had some good times in my college student government. I handed out candy and hot chocolate and traveled to Washington, DC. Overall it was a positive experience; but it wasn’t all fun and games, especially when I had to face the pain of losing a student government election.

It was Welcome Week at Michigan State, and we had a few days to settle in before class began. I went to a fair at the Auditorium, where every student group on campus had an information booth. Along the way I met dozens of religious organizations, political movements, environmental causes and other social groups. A couple of them piqued my interest, but the one that caught my attention was ASMSU. You couldn’t miss their booth. It was right inside the front door, taking up the entire foyer.

I talked to the chair of the Academic Assembly, who told me it would be easy to join. Hardly anyone voted in the student government election, so there were plenty of openings. So I filled out an application and took a seat just two weeks later. I loved it, and within a month or two, I had quit the other clubs I signed up for. I looked forward to every Tuesday night, and I even started going to the meetings of our sister chamber, the Student Assembly. But my favorite part was writing bills. Almost from the day I started, I coauthored the majority of bills that came across the table. It was one of those things that, looking back in hindsight, showed me where my real interests lay.

I continued being an active member throughout my sophomore year. Because no one other than pre-law majors cared about the student government election, I won reelection without a campaign. I kept writing bills and going to meetings, but my eyes were on the prize. After getting reelected a third time, I ran for Chair of the Academic Assembly. And I lost. I was disappointed, but not really surprised. The guy who won was a decent, upstanding guy, and I couldn’t begrudge him his success.

As soon as the new chair took the gavel, we opened debate on electing an Internal Vice Chair. One of the representatives nominated me, and within a few minutes, I was an officer of the Academic Assembly. It wasn’t the position that I wanted, but it fit me pretty well. As Internal Vice Chair, I was responsible for bringing the agenda to the table. This meant writing bills and revising code. It also meant acting as parliamentarian. I soon became good friends with Robert’s Rules of Order. And though it’s not a good reason to run for office, I enjoyed being a member of the ASMSU leadership. It was the next-best thing to being popular.

I had a blast as Internal Vice Chair. When the next student government election came around, I had no doubts about running again. As always, getting a seat on the the assembly was easy enough. As for the officer positions, the Chair was running for reelection. In a decision I still regret, I decided to run against him. I made some flimsy excuse about not wanting him to run unopposed, but in truth I wanted his spot. I wanted his desk in the corner office with the window. So even though I liked the guy and worked well with him, I ran as his opponent.

I lost after three minutes of debate. No surprise. Then it was time for the Internal Vice Chair election. This time I had competition. One of my good friends on the assembly was running against me. I was confident I would win, but I told myself I would be okay with her winning instead. As usual, we candidates had to sit in an empty office while the assembly debated. Then we waited. What should have been a fifteen minute debate ended up being three hours. When we finally went back into the chamber, the faces of our fellow representatives were inscrutable. There was a palpable tenseness in the room. Then they announced the results. After hours of debate, they had decided to open the election to other candidates and vote on the result the following week. Between the two of us, they had chosen neither.

The news hit me like a ton of bricks. I should have walked away then and there. But I didn’t. After all, I was still eligible for the second election. With an extra week to prepare, I fooled myself into thinking I still had a shot. The following week, there were six candidates, including me and my friend. Mind you, the four new candidates all came from the assembly: the rules didn’t allow for outside candidates. So all six of us stuffed into the side room while the debate went on. It was pretty awkward this time around. I knew that the four new candidates had probably voted against me the week before. I was calm on the outside and a sea of rage on the inside. And with this anger inside of me, I waited with my opponents.

Finally the verdict arrived. One of the four new guys won. I lost. And then I lost it. I went outside and started cursing at God. I screamed every obscenity I could think of, and probably a few new ones as well. My world had come crashing down on me. For the previous three years, I had lived and breathed student government. And after working my way up to Internal Vice Chair, I was smacked down. Twice. And two make things worse, the Chair and External Vice Chair were both reelected. Now they would have cabinet meetings without me. They would rule the student government with some freshman guy who replaced me. I tried not to be angry against my replacement. I knew that I would have done the same in his shoes. But that didn’t make it hurt any less.

Believe it or not, I didn’t quit that day. I stayed on for another year. I had already won reelection as a representative, so I didn’t have to run in another student government election to stay involved. And after three whole years on the Academic Assembly, many of my friends were still involved with it. So I stayed throughout my senior year. I even made my peace with the guy who replaced me. I knew he ran out of ambition and not out of spite. Still, my senior year in ASMSU just wasn’t the same. I went to every meeting, but I no longer wrote the bulk of the bills. I felt disengaged. So even though I was going to be in college for a fifth year, I decided to hang up my hat. After four years, my political career was over.

I really think that running against the Chair is what tanked my reelection as Vice Chair. People saw me as disloyal. And maybe I was. Or maybe politics is just a rough-and-tumble affair and I would have lost anyway. I even wondered if I had won out of pity the first time around. I try not to let such thoughts get to me, but even years later, it still stings. I’m still thankful for the experience, if only because it helped steer me away from politics as a career. Though it took me a few more years to find my calling, I’m much happier as a writer and graphic designer.

Have you ever run in a student government election? If so, did you win or lose? Let me know your story in the comments.