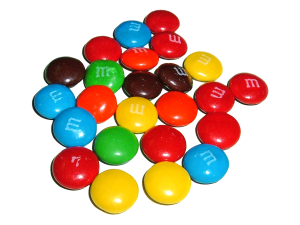 We had problems in the Academic Assembly. Many problems, in fact. It was student government, after all. We were there to solve problems. But we couldn’t seem to solve our biggest problem of all: apathy. Nobody cared about the Academic Assembly. Half of the student body didn’t vote. The other half didn’t know we even existed. But maybe, we reasoned, we could solve the issue with free candy.

One day, in early October, I wrote up a bill for a new outreach program. I called it “A Bill to Give Students Candy”. Essentially, it was a reverse trick-or-treat. We would get some candy and go around the dorms handing it out. As we gave the candy away, we’d tell all the freshman and sophomores about their student government. It sounded like a good idea to me, but it was about to go wrong in oh-so-many ways.

A Trip to Sam’s Club

The bill passed with little debate, and the next night, we went down to Sam’s Club. There were four of us: me, the chair of Academic Assembly, “George”, and two other representatives, “Eddie” and “Oscar”. None of us had a Sam’s Club membership, so George went up to the customer service counter to open one. After a few minutes of filling out paperwork, the girl behind the counter asked him to pose for a photo ID. When she went to take the picture, George opened his mouth as if screaming. I laughed but the clerk was too jaded to care. She printed out the membership card and gave it to George. We all gathered around it and got a good laugh.

“I’m amazed she didn’t make you retake it,” I said.

“She doesn’t give a damn,” George replied. “I’ve got the same face on my driver’s license.”

“I’m not shitting you,” said George. He pulled out his license and showed it to us. Sure enough, he had the same silly face. We all cracked up for a good minute or two over that one.

It was close to Halloween and Sam’s Club had plenty of candy in stock. We went with the good stuff: Snickers and Twix and other chocolaty treats. No candy corn for our constituents.

We filled a shopping cart and checked out. George put it on his personal debit card for later reimbursement. Then we drove back to the Academic Assembly offices and mixed the candy up into several black trash bags. From there we headed out to the dorms. I was the only one of the four of us who lived on campus, so we went to my building, Holden Hall.

We started on the girls’ side of the building, since we were all single guys at a university known for its attractive coeds. The four of us grabbed our black trash bags and walked up to the first open door we saw.

“Want some candy?” George said to a girl sitting at her desk.

The girl looked like a frightened rabbit. “Um… No thanks.”

We walked down the hall to another open door. This room had two girls in it.

Both girls shook their heads “no”. We continued down the hall. Ten yards later, I heard a door slam shut. It was the room we just came from.

“Let’s split up,” said Eddie. “I think the four of us together are intimidating.”

“Good idea,” said George. All four of us were over six foot tall. Four imposing men in the women’s dorm wasn’t going over too well, so Eddie and Oscar took their bags and went upstairs. George and I continued down the hall.

The next girl didn’t want any candy, either, so George and I tried the second floor. After a couple more tries, we found a girl willing to take some candy. She picked a single piece out of the bag like it was going to bite her. George offered her more, but she wasn’t interested. While she picked out her candy, I told her about Academic Assembly. She didn’t seem to be listening very well, and George and I were even more disheartened as we moved on to the next room.

After another hour of this, we met back up with Eddie and Oscar. The four of us drove back to the Academic Assembly offices and unloaded the candy. We hadn’t even made a dent.

There was so much candy left over. The four of us combined ate more than we handed out. Worse yet, there was an op-ed in the student paper the next day. The paper’s editor, who worked just down the hall from us, roasted Academic Assembly for the program. They called it a waste of student tax-dollars, especially since the remaining candy ended up being eaten at Academic Assembly meetings.

George took the brunt of the heat. Though as the bill’s sponsor, I also got some of the rap. It was deadly serious stuff, though it all seems so silly in hindsight. Still, it was a good learning experience, a “teachable moment” as President Obama would call it. The problem is, you can’t bribe people into caring about your cause, and you can’t easily overcome that deep-seated fear of strangers with candy.