Media Fragmentation at a Halloween Party 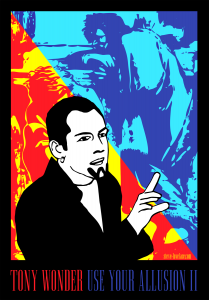 Back in the mid-20th century, most pop culture came from just a few media sources. There were just three TV channels here in the US. Bands like the Beatles dominated music. And virtually all movies came out of the studio system. This monolithic media culture was a byproduct of its era. It look a lot of capital to make a movie, publish a book or start a TV network, so everyone ended up watching the same shows. This was a good thing for pop culture, because it meant that you could reference a TV or movie character and everyone would get the allusion. Well known allusions and references are becoming increasingly rare, though, thanks to a phenomenon known as media fragmentation.

Technology has lowered the cost of creating content. Now anyone can start a YouTube channel and get a million followers. Meanwhile, TV studios run dozens of cable channels with low budget shows that have a small, but profitable audience. This leads to media fragmentation. It means that my parents watch TV shows I’ve never heard of, and my friends allude to obscure podcasts and YouTube channels. I love it, for the most part, but media fragmentation does make some things more difficult.

I noticed this at a Halloween party this fall, when I had several friends dressing up as characters from TV shows I had never even heard of. When I asked them what they were, they seemed perplexed by my lack of knowledge. I’m sure someone not in my clique or demographic would be even more confused. Gone are the days of the media monoculture, and nothing shows this phenomenon better than obscure Halloween costumes.