The Dumbing Down of the History Channel 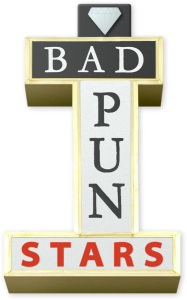 Growing up, I was a big fan of the History Channel. (Yeah, I was a weird kid.) Back then, they mostly played World War II documentaries. They also had more quirky programs, like shows detailing the history of bricks. A couple of years ago, all of that changed. Nowadays the network plays an odd array of reality-style documentaries about antiques and whatnot.

Antiques Are Not History

History is a human experience. It’s about the interactions between people and civilizations. It’s about ideas. History is not about things. This is true with even the most famous of artifacts. The Mona Lisa, as a concept, is bigger than a little painting in the Louvre. If the original were lost or destroyed, the work of art would live on in a million copies. And while we can understand the past through antiques and artifacts, the History Channel’s emphasis on physical items is misplaced.

If the History Channel were to become the Antiques Channel, I might still watch. Antiques aren’t history per se, but they can still be interesting. What I don’t find interesting is the reality show manufactured drama they have to infuse into all their shows nowadays. I don’t care about the petty bickering between the guys who run the pawn shop; I just want to see the interesting things that come in the door.

A disproportionate number of shows on the History Channel show people working: truck drivers, antique dealers and mechanics all punching the clock. This is almost worse than the manufactured drama. If I wanted to see people at work, I would just go to work. And while history is the sum of a million everyday experiences, the day-to-day details of employment are not that interesting to watch. Hence the manufactured drama.

There are a gazillion reality shows on TV nowadays. This type of programming dominates almost every channel. And with hundreds of channels to choose from, it shouldn’t be an issue. Except that this channel has doubled down on its old identity. When The Learning Channel switched to reality programming a few years ago, they dropped the pretense of “learning.” Now they just call it “TLC”. On the other hand, the History Channel changed its name to “History”, dropping the “Channel” part of it’s name. It’s false advertising, and its extremely frustrating to people who actually want to watch history documentaries.

I think there’s room for nerdy documentaries. In the last few years, marketing gurus like Seth Godin have espoused a concept called the Long Tail. This concept says that, while a few juggernauts may dominate a given market, smaller companies can compete with smaller, more dedicated market demographics. For example, Budweiser and Miller may dominate beer sales, but there are a thousand little microbrews out there that are making money too. Just because reality shows are popular and profitable doesn’t mean there isn’t any money in more traditional documentaries. There’s still a market for a true History Channel, and I hope that someone out there figures this out.