Music and the Fabric of Space and Time 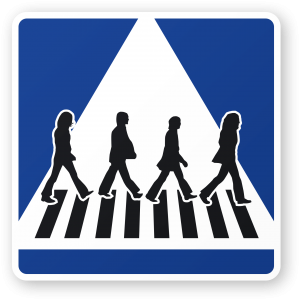 Music, more than other forms of art, is tied to place and time. We can see this best in teenagers. Each generation of teens rejects its parents’ music. When you’re 14, your musical tastes mostly come from the music that your friends at school listen to. Everything else is crap, from your parents’ music to the stuff the kids in the other cliques are listening to.

Thankfully we grow out of this stage and learn to appreciate other kinds of music, though I think we’re always tied to that music we heard as teens. For me it’s Seattle Grunge: Nirvana, Pearl Jam, Soundgarden. Likewise, I’ve never really liked the Beatles. I understand, in an academic sense, that they are a very good band. I get that their music was revolutionary, but when I listen to them, all I hear is Moldy Oldies. Like most Baby Boomer art, it just sound tired and worn out, at least to me. I know that there are kids today’s who think my music is stale. Our generational bias is too strong to appreciate these things objectively.

Albert Einstein tells us that time and space are one and the same. He was talking about physics, but this is true for music appreciation as well. For example, every vacation I’ve taken has songs associated with it. Maybe it was a song we were singing along to in the car, or simply whatever was on my Walkman at the time. However the song wormed its way into my head, it is will always remind me of that trip. In fact, nowadays I like to put together a playlist before I travel, so I can better remember the trip.

Unfortunately, songs can evoke bad memories as well. This is especially true of breakups. If its an especially messy breakup, a sweet song can turn sour in your mind. Maybe it was the first song you danced to as a couple, or maybe it was just a song that was popular when you broke up. Whatever the cause, songs are powerful memory triggers.

Time and place affect other art forms as well, bit not as strongly as music. Literature is the most resilient form of art. Because your mind fills in so many details, a great book can resonate across the generations, like The Sun Also Rises or Catcher in the Rye. Movies and TV shows become dated more easily, but they still age better than songs. Like scents and aromas, music evokes strong emotions and then whiffs away.