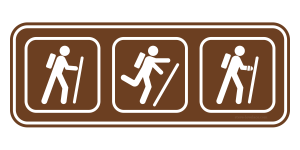 I’ve never been an outdoorsy type. Despite being in Boy Scouts, I don’t like camping. I’ve never gotten into sports, and when my school had Field Day in the 5th grade, I stayed inside and played Oregon Trail. And yet, all of my friends like hiking. So there must be something to it. With that in mind, I decided to give it a try, and almost immediately tripped and fell. And yet, in a moment of pain and embarrassment, I discovered a resilience in myself that I didn’t know I had.

Dallas is a good city for “indoorsy” people. It’s hot as hell for half the year, and even after 12 years here, my Midwestern body still hasn’t acclimatized. And because Dallas is on a prairie with scrubby little trees, there aren’t many forests to shade you from the sun. Needless to say, I don’t like hiking in Dallas, despite having so many friends who do. So when planning a trip up to Seattle this summer, I decided to give it a try in a cooler climate. Being a hiking novice, I decided to stay in the city itself rather than wander into the many mountains of Washington state. So I arranged to meet up with my friend Haley, and we headed out to Discovery Park.

It was a cool misty day. The day before, it had been warm and sunny, but so goes summer in Seattle. Because of the slight precipitation, I decided to leave my glasses in the car. “Don’t you need those?” Haley asked. I replied that I could see fine without them. I told her that I really only need my glasses to read and drive. Famous last words.
Haley and I set off into the woods. Coming from Texas, I immediately fell in love with the large, towering conifers. The gravel trail was wide and level, perfect for a novice like me. Haley and I walked along at a moderate pace when I tripped and fell. Sometimes such a fall happens in slow motion, but this time it was instantaneous. One second I was walking along minding my own business; the next I was on my hands and knees in the gravel.

I looked around the path but didn’t see any kind of obstruction. There was none. A woman walking the other way stopped to see if I was okay. I could tell she had some sort of medical training. She had me flex my wrists to make sure nothing was broken. My hands were pretty gnarly, but otherwise I was okay. I later discovered scrapes on my elbows and legs, but at this point, it was just my hands that hurt.
Haley asked me if I wanted to go back to the Visitor Center. At first I thought about going on, but when my hand started bleeding, I decided to turn around. We turned around and went back. It wasn’t that far. We had walked maybe a half a mile down the three mile loop. At this point, I was pretty much done with the whole endeavor.

We got back to the Visitor Center. Haley went to the front desk to find a first aid kit while I went to the men’s room to wash my hands. I knew the water would sting, but I was glad no one heard the loud barbaric yawp that came out of my mouth. I was so done with hiking. I decided that I’d rather go to nearby Ballard Locks and watch the salmon swim upstream.
I cleaned myself up as best I could and rejoined Haley at the front desk. She had rounded up some bandages. Meanwhile a random woman in the lobby offered me some Neosporin. I put the ointment and bandages on, thought the bandages didn’t cover the scrapes too well. I opened my mouth to suggest we check out Ballard Locks, but the words that actually came out were, “Let’s try it again.”

Shocked at My Own Response

I was rather shocked at my own response. Until the words came out of my mouth, I had been ready to give up. I had rehearsed the words I was going to use in telling Haley that I was ready to give up. But when push came to shove, I didn’t.
Haley and I went back to the trail. I stopped off at my car and got my glasses. About fifteen minutes later, we made it back to the point where I tripped. Then we kept going. The path got harder, narrower and steeper, though it was still pretty easy, even for me with my scraped up hands. Still, given how out of shape I was, it was really just difficult enough.

We made it out to the far end of the trail, along Elliott Bay. There was a tiny little lighthouse. We spent about five minutes taking in the view and headed back. Haley tried to navigate us to a lookout point on some nearby cliffs. About halfway there, I realized that I was really reaching my exhaustion point. I was glad that I didn’t give up after taking a spill, but I also knew my limits. We headed back to my car.
After dropping Haley off at her place, I drove up to a diner on Capitol Hill and got a late breakfast / early lunch. Around that time, it started to rain in earnest. The timing couldn’t have been more perfect. My hands were hamburger meat and my legs were rubber, but I felt really good about myself. I was glad that I didn’t give up, and amazed at my own resilience.

Resilience shines clearest though adversity. While scraping up my hands was hardly the worst adversity anyone ever experienced, it was still an illuminating experience. And ironically, halfway through writing this blog post resilience and adversity, I tried to save an expired webpage and lost half an hour of writing. But thankfully, I’m stronger than I think. Most of us are.

Have you ever found an inner resilience you never knew you had? Let me know your experience in the comment section.