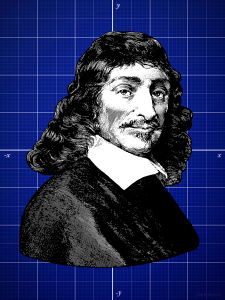 I used to believe in Cartesian Dualism, the idea that the mind and body are separate. According to René Descartes, the mind is something that exists on a level beyond the physical brain. He illustrates this separation of the mind with the famous quote, “I think therefore I am.” But I’m beginning to think that this idea is wrong. Here’s why I’ve abandoned Cartesian Dualism.

The effects of aging and illness

My dad had a stroke a couple of years ago, and while he is thankfully still able to walk and talk, his cognition has slowed enough to put him into an early retirement. In addition, he is in a lot of pain, and his physical stamina is greatly diminished. This doesn’t disprove Cartesian Dualism per se, but it does show the effects of one’s physical health. Even if my dad’s Cartesian mind is just as sharp as ever, his physical brain and body do not allow him to interact with the world as well as when he was young and healthy. What good is a mind without a body?

For most of my life, I would describe myself as “spiritual but not religious”. I’ve never been a big believer in organized religion, but I’ve always believed in “something” beyond this material universe. That something was the dualistic mind. Call it a soul or a spirit, but I’d always believed there was a “me” beyond my body. But as I’ve become more agnostic in the last few years, this viewpoint has become harder and harder to reconcile with science and empirical observation. I’d still like to believe in a soul, but centuries of data and research have yet to show even a hint of a separate mind or spirit.

I have a more practical reason for doubting the dualism of mind and body. Cartesian Dualism is particularly seductive to nerds like me because is gives us an excuse to neglect our physical health. All my life I’ve thought of my body as a meat-based container for my mind. I’ve thought of exercise as a chore, rather than an activity to be enjoyed for its own sake. I still feel this way about sports and exercise, but I’m trying to change. Thinking is not enough. You need to engage your body to do even the most physical tasks, so you must find ways to engage your body as well as your mind, because without a physical interface, your mind might as well not exist.

I have been trying to engage my body more recently. Healthy living helps, even though I have a long way to go. But I think there’s more to the mind-body unity than just diet and exercise. As evidenced by the scarcity of posts on this blog, I’ve had a lot of trouble writing lately. So I bought a dollar notebook and a couple of pens, and I wrote this blog post longhand on paper. There was something about the motion of moving my pen that pulled the thoughts out. And if writer’s block ever hits me using a pen and paper, I’ll go back to typing it directly into my computer. Hell, I’ll buy a typewriter if it’ll help. So remember, living as a conscious being is about more than just thinking. It’s about moving around and getting things done. I think it’s time to update René Descartes’ slogan: I do, therefore I am.