Idiocracy and the Fall of Rome 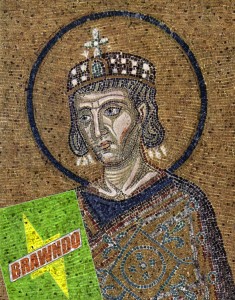 In Mike Judge’s movie “Idiocracy”, an average man from the 21st century wakes up 500 years in the future, only to find that he’s the smartest man in the world. This is based on the premise that stupid people are breeding more than smart ones. Who hasn’t seen the 25-year-old hillbilly with six kids and wondered about the future of humanity? However, I look at the situation and wonder if such a thing already happened. Maybe idiocracy caused the fall of Rome.

Idiocracy in the Late Roman Empire

“Idiocracy” depicts a degraded form of American society where all subtlety has been lost. Cabinet members wear medallions the size of dinner plates and shirts with the job titles on the sleeves. The president, a former wrestler and porn star, shoots his machine gun off in the capital just to get the attention of Congress. Criminals are “rehabilitated” in gladiator fights. This sounds a lot like the latter days of Rome. Rome didn’t fall in a day, after all. It was a gradual decline. We can see it through the decadence of later emperors combined with the increase in provincial populations and barbarian hordes. This combination of hedonism and backwardness characterizes both the world of “Idiocracy” and the latter-day Roman Empire.

Of course, after Rome fell, Western Europe fell victim to the so-called “Dark Ages”, where plague and famine reduced the population to a fraction of what it was under the Empire. This parallels the main plotline of “Idiocracy”. In the movie, a severe drought is threatening the people of “Uhmerica”. The cause is obvious to anyone from the 21st century. The Uhmericans are watering their crops with a sports drink called Brawndo. (Their slogan? “It’s got what plants crave. It’s got electrolytes.”) The electrolytes (salts) in the Brawndo are poisoning all the crops, and if it weren’t for the intervention of Luke Wilson’s character, there would soon be mass starvation. And given the state of their hospital (called “St. God’s”), it’s only a matter of time before a plague breaks out. With or without the help of a 21st century “genius”, the Uhmerican civilization is on the verge of extinction. Like Rome, this is a world on the verge of a new Dark Age.

The Advantages of the Black Death

The Dark Ages were good for Rome, and they would be good for “Uhmerica”, at least in the long term. Traumatic events like war, plague and famine help cull the population. As harsh as it sounds, mass death can and has helped society as a whole. For example, some historians say that the Black Death helped spur the enlightenment. It’s a controversial claim, but it’s worth considering. In fact, this idea leads me to a hypothesis: smart people thrive in bad times and dumb people thrive in good times. Furthermore, smart people make bad times better, and dumb people make good times worse. Thus we form a millennial cycle: centuries of ignorance and decay followed by centuries of enlightenment and growth. Then back to ignorance and decay. Such is the way of life, both in dystopian stories and in the real world.