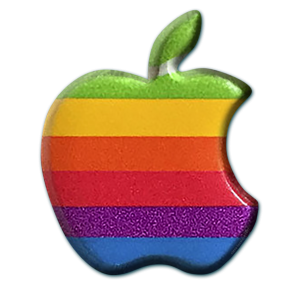 It was the spring of 1995. I was 14 years old and a full-fledged computer geek. The family computer was in my bedroom, and while I had to share it with my sister, I hogged it as much as I could. I spent most of my free time either logged on to BBSes or reading computer magazines like PC/Computing. I read all about the upcoming (and long-delayed) Windows 95, but when my parents were ready to replace our Frankenstein 386, I decided not to wait for Windows. In the end, I convinced my parents to go with an Apple Performa 6200.

Picking Out a Mac

During the mid-1990s, Apple had a confusing array of computer lines: Quadra, Centris, Performa, LC, PowerBook and Power Macintosh. Each of these were available in several different models, using a 3-digit number for systems with a Motorola 680×0 processor, and 4-digit numbers for machines with the newer PowerPC CPU. It was a mess. You pretty much needed to spend all your free time reading computer magazines just to understand it all. Thankfully, I had a lot of spare time on my hands. My classes were easy and my social calendar was bare. I could have chosen any machine on the market, Mac or PC, but Windows 95 was still vaporware and Mac OS 7.5 was out. So having chosen a Mac, it was a pretty simple matter of figuring out what I didn’t want. I didn’t want an older 680×0 computer, so the Quadra, Centris and LC were out. My parents couldn’t afford a top-of-the-line Power Macintosh or a PowerBook, so that left the Performa 6200.

I had used Macs in school, but this was my first time ever owning one. It came with Mac OS 7.5, as well as a dumbed-down user interface called At Ease. As a burgeoning über-geek, I thought it was lame, but my family liked it enough. I loved the aesthetic of Mac OS 7, (I still do), with its toned down color palette. And I loved playing around with ResEdit, a program that let me edit icons and other system resources. Even then I loved computer graphics, though it would take another fifteen years to figure out I wanted to be a graphic designer. Overall, I was pretty happy with the machine. Though I did have a few regrets about not waiting for Windows 95. That turned out to be a very big deal in computing history, almost wiping out Apple. It would’ve been nice to have had both kinds of computers, but we could only afford one. In the end I was satisfied with my choice, and my family was too.

So why do I call my Performa 6200 “A Lovable Lemon”? It wasn’t a lemon. Just an Apple. It was the only computer my family had between 1995 and 1999, and I don’t recall it ever breaking down. Imagine my surprise then, when years later, I discovered this article. Low End Mac, a pretty cool site for vintage computer geeks like me, ranked it the #1 worst Mac. Why? Unbeknownst to my teenage self, it was cobbled together from an old 68040-based machine. They basically just slapped a new PowerPC processor in it and called it a day. This left it underpowered compared to many other Macs of the time. If the computer magazines of the time said anything about this, I don’t recall. I remember doing my research and picking the Performa 6200 out specifically. And in truth, I never had any big speed issues with it. It may have been cheaply made, but it worked for my purposes. So lemon or not, I have fond memories of my old Performa 6200.

Did you own any Apple products in the mid-1990s? And if so, let me know what you thought of them.