I’ve lived near Downtown Dallas for a number of years now, and I never seem to tire of the Dallas skyline. There’s just something magical about the way that the glass towers jut out of the rolling prairie. And while Downtown Dallas looks impressive as you drive in from the suburbs, it looks pretty good when you’re standing in the downtown canyons as well. I wanted to see it for myself, so I went down to Main Street and snapped these photos. 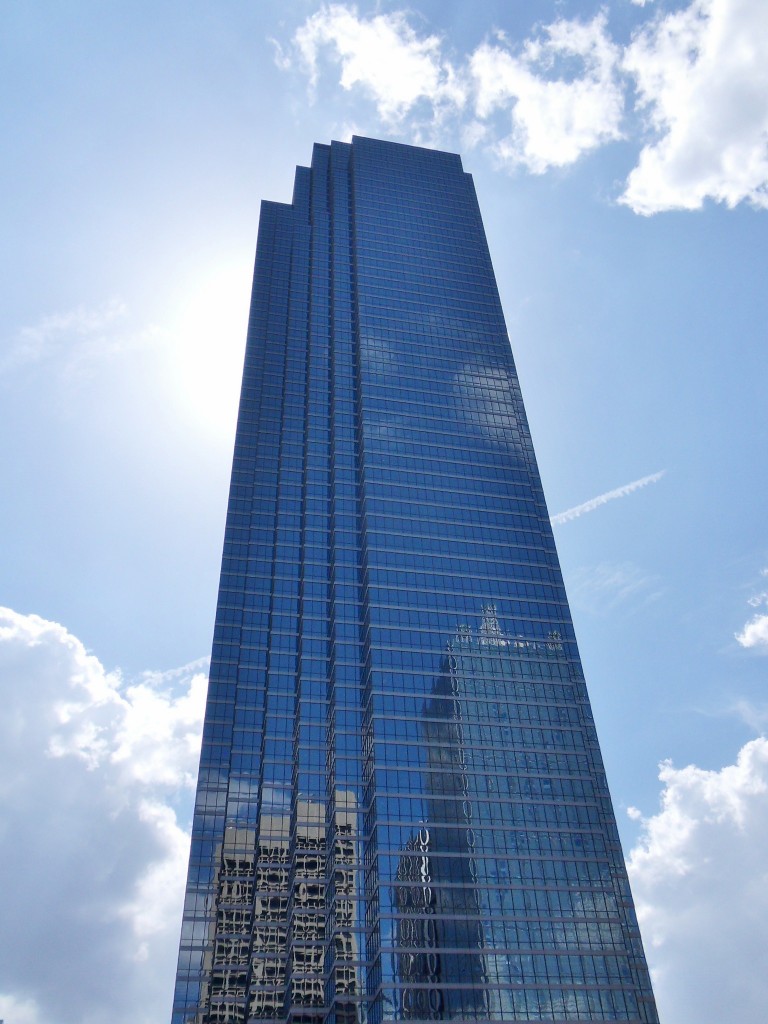 The Bank of America Plaza. At 72 stories, it is the tallest building in Dallas. The corners glow green at night. 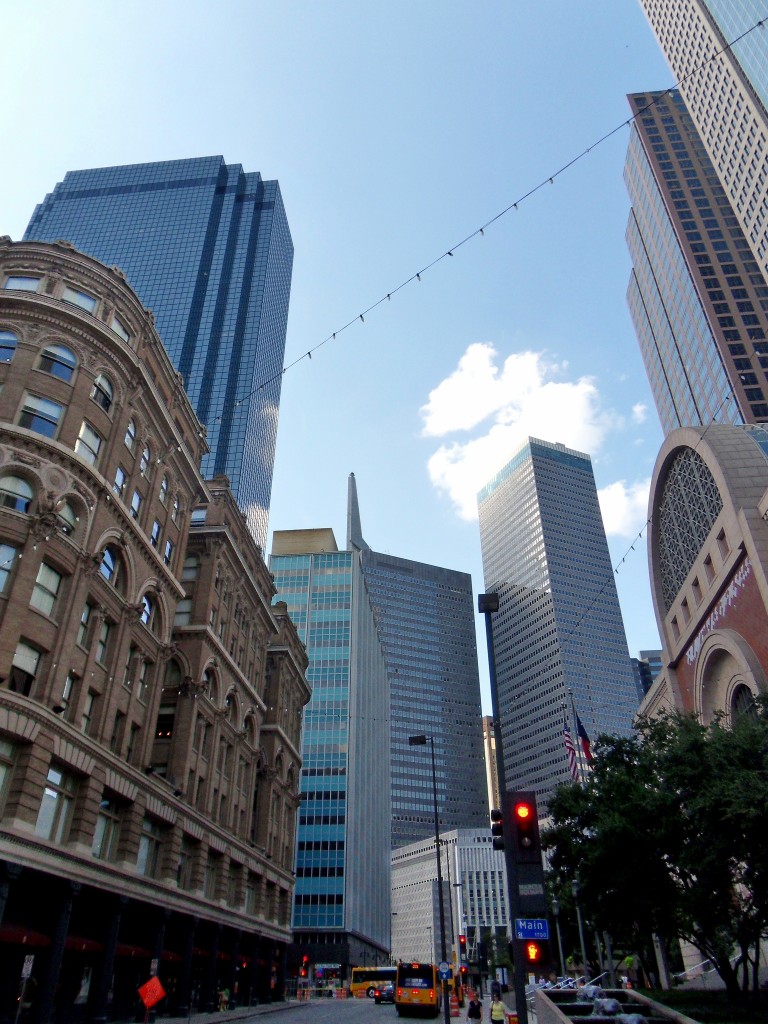 The Spirit of Communications 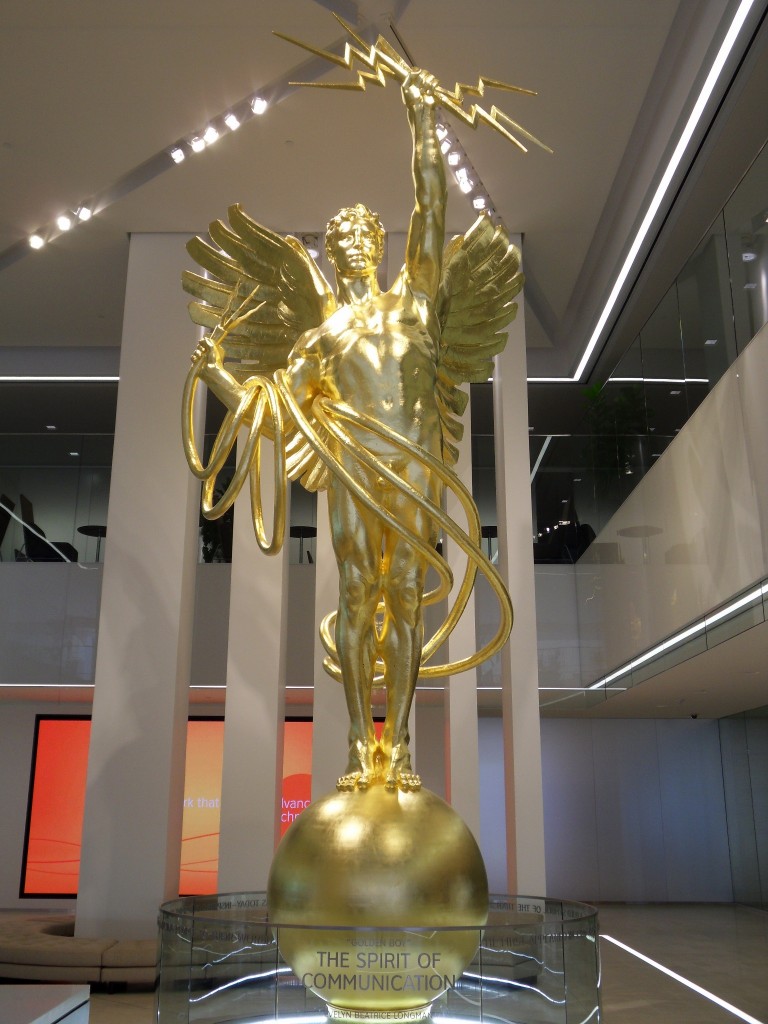 The Spirit of Communications. Originally called the Genius of Electricity, the statue was commissioned in 1914 by Western Electric. 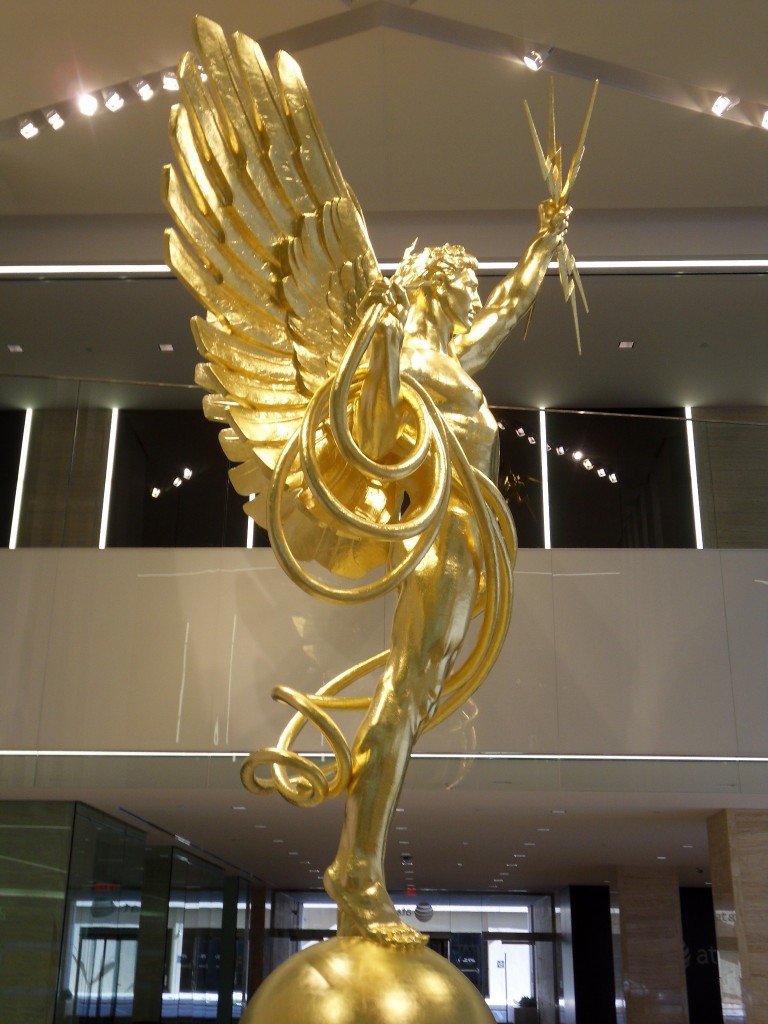 The statue has been a symbol of Ma Bell for almost a century. In the mid 20th century, it often graced the covers of phone books. 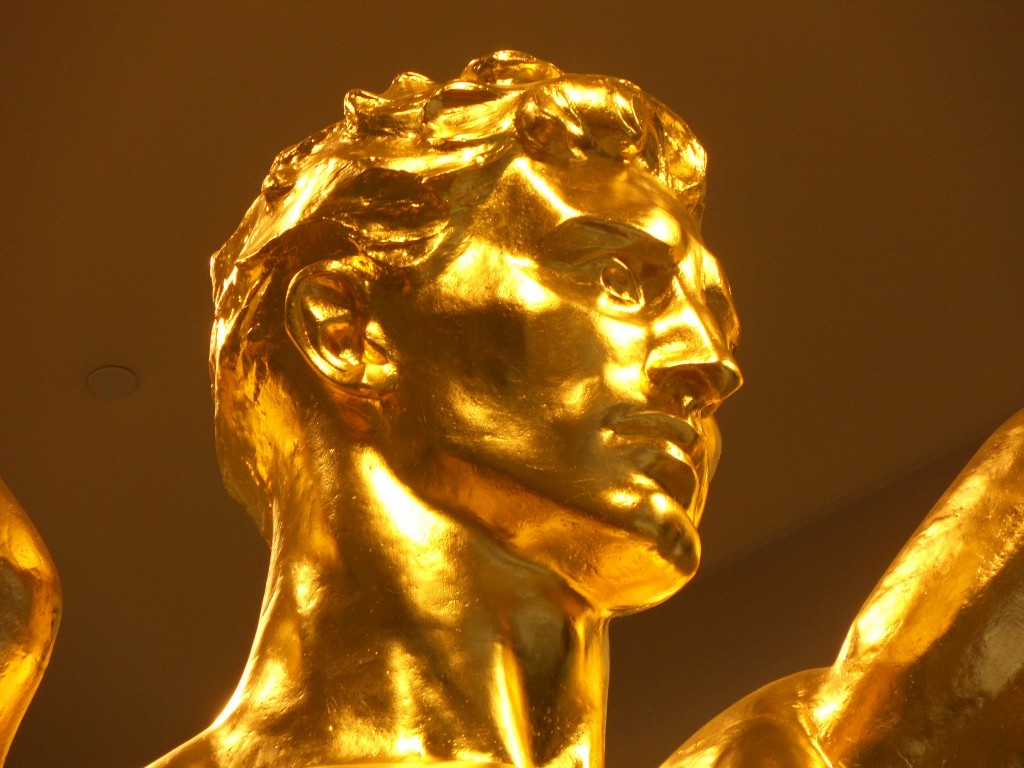 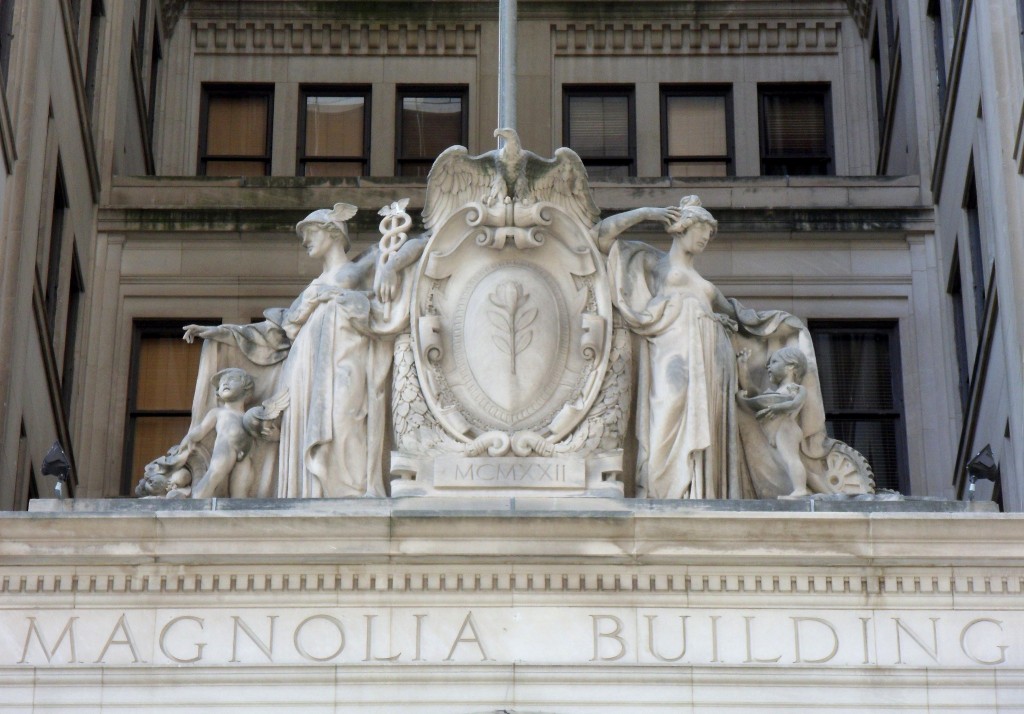 You never see sculptures like this on modern buildings. 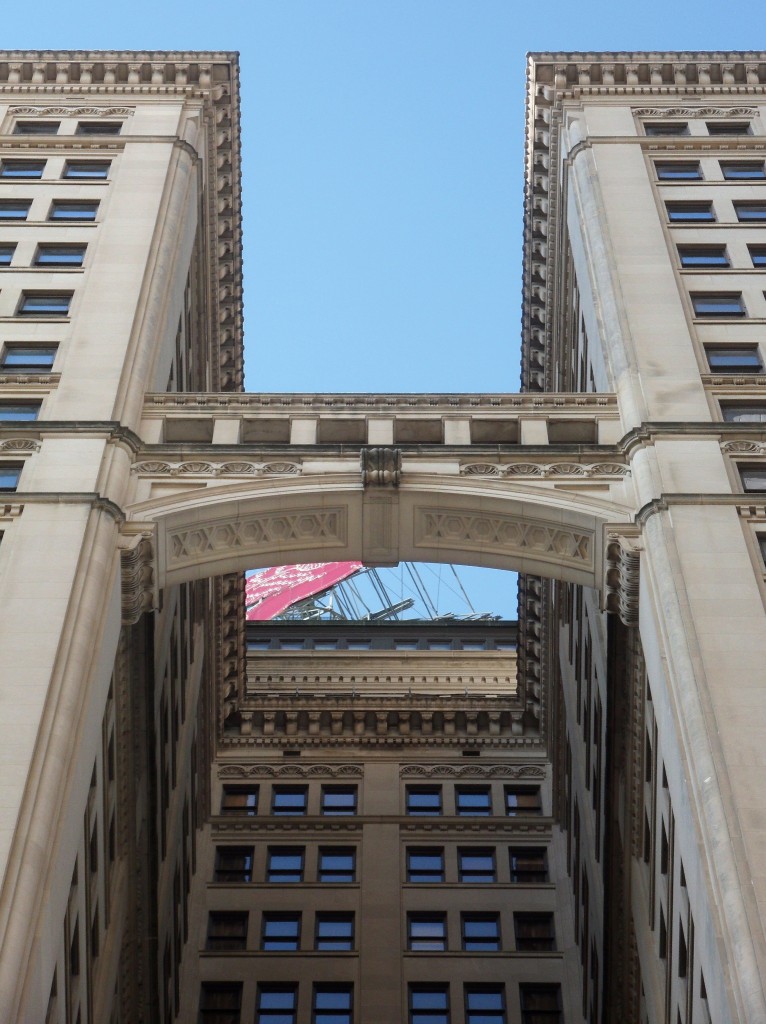 The Magnolia Building downtown. If you look carefully, you can see the flying red pegasus on the roof. 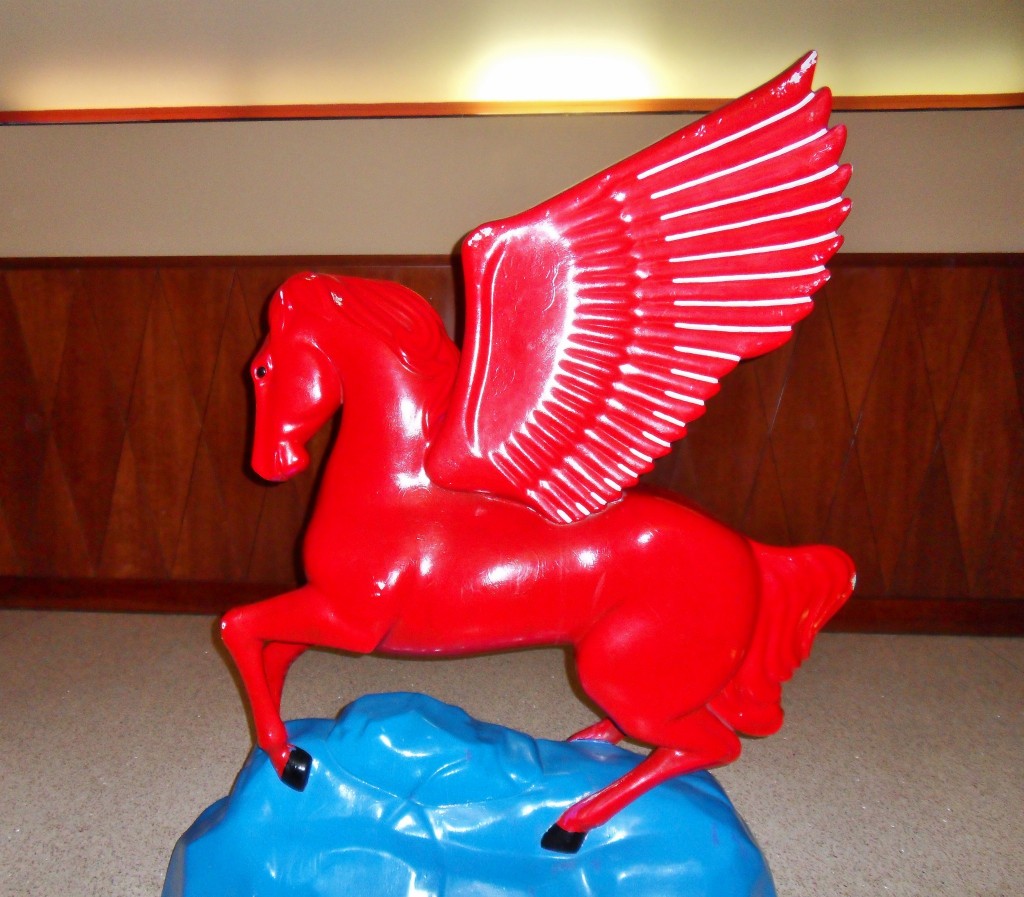 Originally the corporate symbol of Magnolia Oil, and later Mobil, the red pegasus is now a symbol for Dallas, especially downtown. 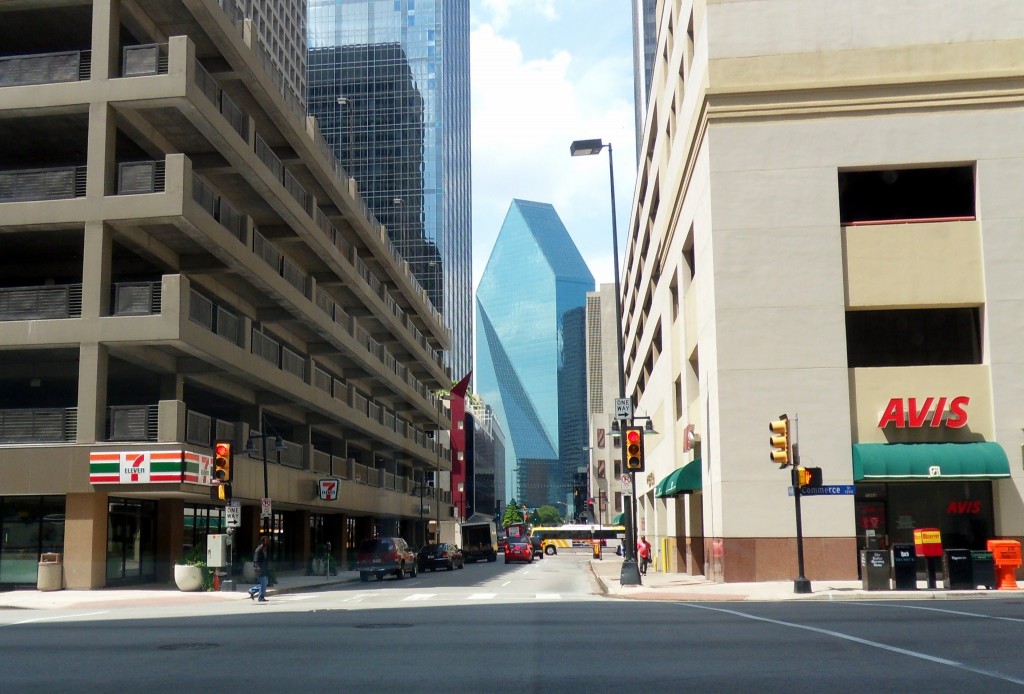 Fountain Place off in the distance, one of several Dallas landmarks designed by I.M. Pei. 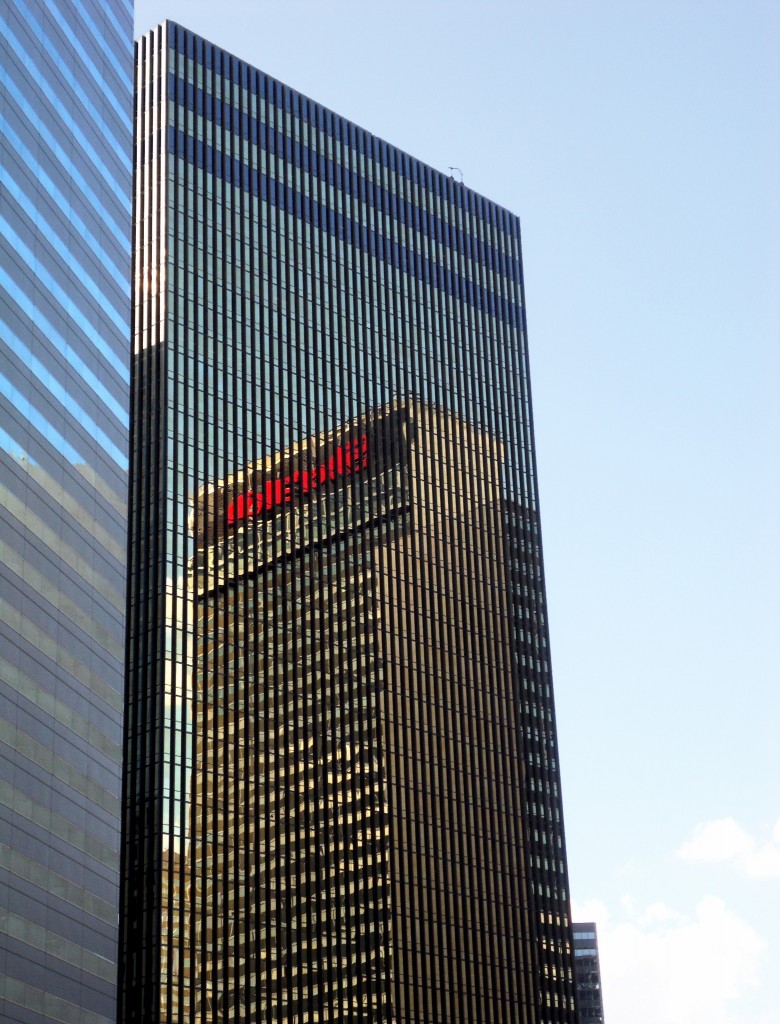 A building within a building 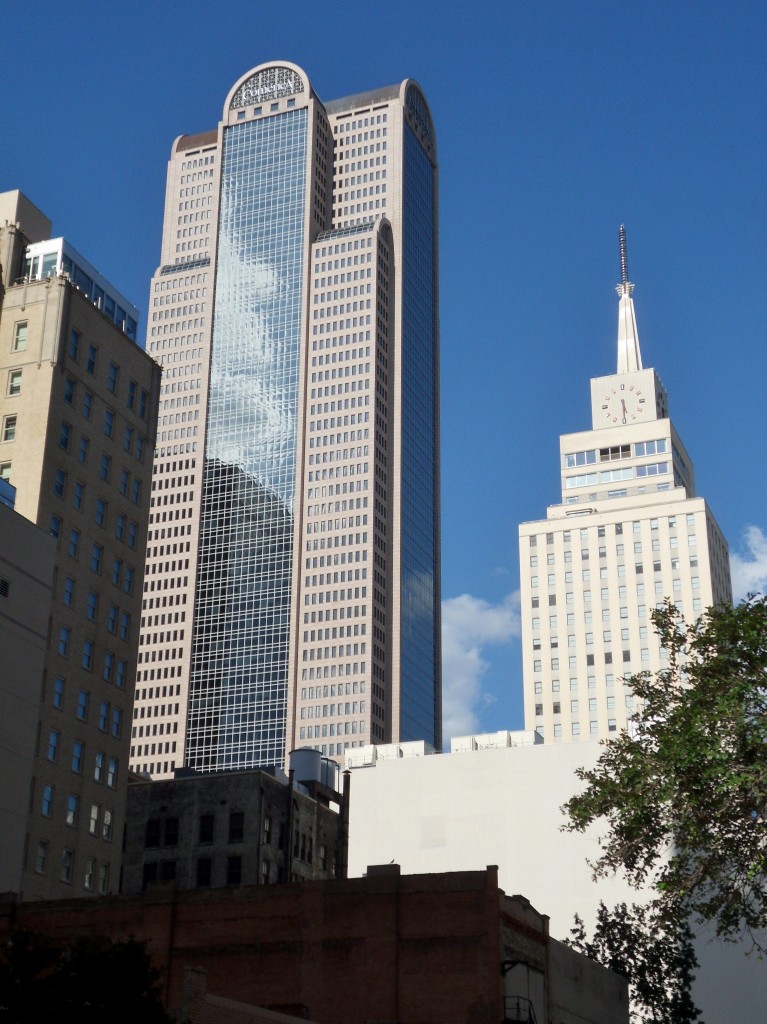 Comerica Tower and the Mercantile Building