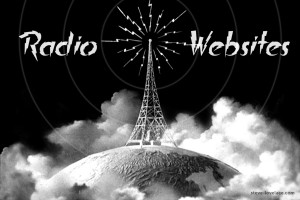 Restaurants are notorious for having bad websites. Matthew Inman of The Oatmeal says it better than I ever could. He says there are too many restaurants with flashy websites that try to sell you on the atmosphere, when the average visitor just wants to see a menu. But it’s not just restaurants that suck at making websites. Radio stations are notoriously bad at making them as well. As with restaurants, radio websites convey a whole lot of information I don’t need, while hiding the info that I’m really interested in.

One of my favorite local stations is 97.1 The Eagle, which plays a variety of classic and modern rock. I listen to this station because I like rock music. But when I go to their website, I see a bunch of pictures of women in bikinis and news about the latest football game. Why? If I visit their site, it’s because I want to know about the songs they’re playing. If I wanted to read about sports, I’d go to a sports site. And when it comes to half-naked women, there are literally millions of websites to choose from. It’s like they’re trying to make their site into a 1990s-style web portal, like Yahoo way back in the day. That’s not how I use the internet, and I doubt it’s how most listeners do either.

The Eagle is owned by Clear Channel, a company known for its homogenous programming. Clear Channel also owns several other stations that I listen to, including alternative station 102.1 The Edge and classic rock station Lone Star 92.5. Their websites are almost identical to that of The Eagle, with the same irrelevant clickbait headlines. Only the logo in the corner and the playlist in the right-hand column vary. Reusing the same content may save Clear Channel money, but it does a disservice to listeners looking to engage with their favorite stations.

I don’t expect radio websites to get better in the future, at least not for mainstream radio stations. People of my generation, as well as the younger people, don’t listen to radio as much as they used to. Instead we stream Pandora or Spotify or one of a gazillion other music services out there. Honestly, the only reason I still listen to radio is that my car’s not equipped to stream content from my phone. If I ever get around to upgrading my soundsystem, I’ll leave these local radio websites back in the MySpace era from whence they come.