A Brief Letter to the New York Times 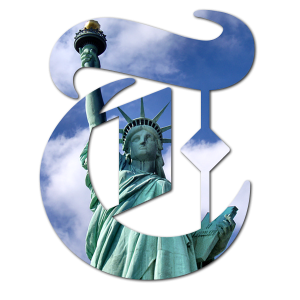 A few years ago, in the early stages of the 2008 Presidential campaign, I got a Letter to the Editor published in the New York Times. It was only two sentences, lamenting that the use of torture was even being discussed as a campaign issue. Though it was only a letter to the editor, not a paid journalistic assignment, it was my first time seeing my name in such an old and well-respected publication.

As for the issue itself, I still feel the same way I did back in 2008. Though the War on Terror has forced the US and its allies to redefine combat and combatants, I still believe that torture is wrong under any circumstance. And I’m still appalled that this could even be up for debate in the America that I know and love. Besides the fact that torture of all kinds is ineffective as a means of gathering intelligence, it’s just plain wrong. Sometimes, we as a nation need to maintain a moral high ground, finding other ways to maintain our domestic safety.

Something to Be Proud Of

Though it was only the size of a tweet, I’m still proud of my letter in The New York Times. So pardon me for tooting my own horn. Sometimes it’s just nice to brag. And if you’ve even been featured in a national publication, what was it like? Let me know in the comment section.