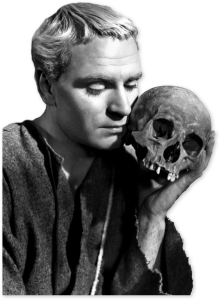 This article is about the ends of stories, so of course it contains major spoilers.

Almost every narrative follows a three act pattern: beginning, middle and end. Act I sets up the premise and introduces the characters. Moreover, it introduces a problem that created the plot. Act II makes the problem worse. Much worse. A good Act II should make things so bad for the hero that we wonder how it can ever be resolved. Then Act III resolves it. At least it’s supposed to. Some stories completely fall apart in Act III. Here are a few that come to mind.

Frank Herbert’s Dune is considered one of the greatest sci-fi novels ever written, and over the years he wrote five sequels. The sixth Dune book, Chapterhouse: Dune, ended on a cliffhanger, and because of Herbert’s death, it took twenty years for his son to wrap up the series. Brian Herbert and his colleague Kevin J. Anderson have since written prequel and interquel trilogies, but I’d like to look at Sandworms of Dune.

Chronologically the last of the series, Sandworms of Dune ends with the protagonist, Duncan Idaho, caught by the evil Thinking Machines and their shapeshifting minions. Just as all appears lost, one of the Thinking Machines betrays the other, siding with the human protagonists. In one fell swoop, he sends out a self-destruct signal to both his human boss and the billions of shapeshifter minions. Then, in his quest to understand humanity, the independent robot Erasmus announces that he wants to experience death. He transfers his knowledge to Duncan Idaho and dies. It’s an unsatisfying ending. Herbert and Anderson should write a sequel where Erasmus’ death turns out to be a ruse. After all, no one stays dead in science fiction.

“The Final Countdown” is a 1980 film in which the aircraft carrier USS Nimitz gets got in a vortex of the coast of O’ahu and travels back in time. The captain and crew soon figure out that they have arrived on December 6, 1941, the day before the Japanese attack on Pearl Harbor. Once they get past the shock of spontaneous time travel, the crew has a moral dilemma. Do they leave history alone, or act on anachronistic intelligence? It’s a lively debate, but in the end, the only vote that counts in the captain’s. He says that he’s taken an oath to defend the United States, and since he knows that Pearl Harbor’s going to be attacked, it’s his duty to stop the Japanese Zeroes.

The Nimitz’s captain mobilizes his planes and gives them the order to attack, but just as they intercept the Japanese fighters, the time vortex reappears. The planes return to the ship and the ship returns to the 1980s. In other words, nothing happens. They don’t stop the attack on Pearl Harbor. They don’t even get to try. When it comes to this Act III, just about any ending would be better. Whether the Nimitz tried and failed or whether they changed the course of history, I would have liked to see some kind of confrontation. Instead it feels like two-thirds of a movie.

From Time to Time

Jack Finney’s 1970 novel Time and Again holds a unique place in literature. It’s a time travel novel with real photos and newspaper articles. Finney does a great job of weaving historical sources into his story, so that it really feels like the main character, Simon Morley, is back in 19th century New York. Twenty years later , Finney wrote a sequel called From Time to Time. The sequel has a great Act I, a dull Act II and a half-baked Act III.

From Time to Time starts off well enough, with a scientific committee investigating out of place artifacts: such as a Kennedy 1964 campaign button and a 1916 paper with no mention of World War I. Somehow they’re getting crossover from an alternate universe where the Titanic never sunk. Our hero Si goes back to the early 1910s. Here we get the same kinds of historical photos as the first book, but the book drags for too long as Si talks to Vaudeville actors for chapter after chapter. After a long Act II, Si Morley moves on to the task at hand: saving the Titanic and preventing the World Wars.

As with “The Final Countdown”, From Time to Time ends too abruptly. After spending half the book at a Vaudeville flophouse, Finney rushes through Act III. I read later on that this book was published posthumously. I think that’s why the story feels half-cooked. Perhaps if Finney had lived longer, he would have edited down Act II and expanded Act III. But alas that is not the case.

There are plenty of other stories that fizzle out in Act III. What movies, books and/or TV shows disappointed you the most? Let me know in the comment section.