The Power of Irrational Thought 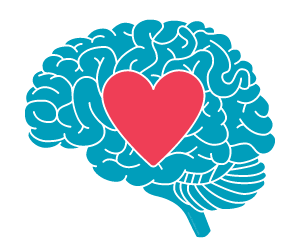 I minored in political science, mostly by accident. I took a few poli-sci classes, and by the time I realized it wasn’t for me, I had enough credits to get a specialization on my college transcript. One thing I didn’t like about political science was the concept of rational actors. Now the political-economic concept of “rational” is different than what we think of as rational in everyday life, but this blog post isn’t about that. On a day-to-day human level, I think that rationality is overrated. I think there is some merit in irrational thought.

There’s a popular myth about our left brains being logical and our right brains being creative. This isn’t true on any kind of anatomical level, but in an oversimplified way, it reflects that there are different aspects to the human mind. Some aspects are more deliberative and logical, and some are more impulsive and irrational. We need both of these for sure, but I think that our society puts too much emphasis on the logical side.

Back in the earliest days of the pandemic, I had a virtual meeting with my therapist, where we discussed the rapidly deteriorating state of the world. I was anxious like everyone else, even though I was following all of the guidelines and staying home. She said the problem was that fear and anxiety come from a non-verbal part of our brains. Some people call this the “lizard brain,” but like “right brain,” this is an oversimplification. Instead, I’ll just refer to it as the irrational brain.

The irrational brain evolved to deal with immediate threats, like predators. When an existential threat appears, like a deadly virus, our irrational brain acts like there’s a bear in the room. But unlike a bear or other predator, fight-or-flight response doesn’t work. Social distancing does, but that doesn’t satisfy your irrational brain. The issue is that you can’t use words with your irrational self, any more than you can explain rules to a cat. But you can communicate. If a baby’s crying, you cuddle it and make gentle sounds. That tells the baby that’s there’s no bear in the room. Likewise, through meditation, relaxation, and even some sorts of exercise (like yoga), we can tell our irrational selves that everything is fine.

There is another way to satiate these irrational fears, thought I don’t recommend it. Since we’re talking about flight-or-flight, you can always fight. You can see this in people rebelling against public health measures, refusing vaccines, and not wearing masks. You can see it in people making a scene at a grocery store or protesting on highway overpasses. This shows the downside of irrational thought, as people open themselves up to infection and slow down our effort to fight the pandemic.

When we do something that we think is morally wrong, we often rationalize it. I’m not religious, but I can see how religion can help with moral questions in a way that pure rationality can’t. That said, humans have rationalized a lot of awful things in the name of God, so it’s very much a double-edged sword. Still, I think that there’s a time to stand up for what “feels” right rather than what you rationally think is the best thing to do.

I think that the key to living a good life, in terms of how you feel about yourself and how you act toward others, lies in finding a balance between rational and irrational. A great number of crimes have been committed because of both cold-blooded rationality and hot-tempered passion. In a world that’s become increasingly stressful, meditation and journaling have helped me get by in uncertain times. In my writing and meditations, I try to make sure that these two facets of my brain are on the same page. While I’ve had my ups and downs, it’s really helped me in how I feel and what I do.

Where do you fall on the thinking versus feeling spectrum? Do you think that rationality is overrated, or do you think we could use more of it? Let me know your thoughts (and feelings) in the comment section.