Getting in Shape with Pokémon Go 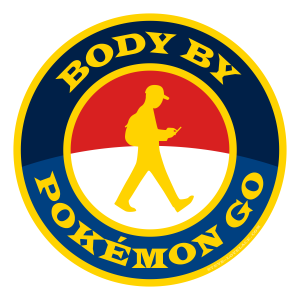 “That’s so last summer,” said one of my friends when I mentioned Pokémon Go. “I can’t believe you’re still playing that.” That seems to be a lot of people’s reaction, in fact. When the game came out in July 2016, Pokémania reached a fever pitch. It was all you heard about, and many people who had never paid any attention to the 20-year-old Pokémon franchise gave in to the hype. And like anything so massively hyped, Pokémon Go faced a backlash within weeks of its release.

The game was (and still is) underpowered and buggy. Millions of people gave up on it within a week or two. And yet, so many people signed up in the first place that there are still millions of people playing. And I can see why. Sure it’s a dumb pay-to-play mobile game, but it also features beloved characters from an enduring franchise, a new augmented reality spin, and most importantly, and excuse to get out of the house and get some exercise.

One of the initial keys to Pokémon Go’s success was the nostalgia factor. A whole generation of kids grew up on Pokémon games and cartoons. Oddly enough, I wasn’t one of them. Pokémon came out when I was a junior in high school. My little sister and her friends were kind of into it, and even some of the underclassmen at my high school. But I was an eleventh grader. I was too old for that baby stuff. (Or so I thought.) It wasn’t till 20 years later that started playing Pokémon. Maybe that’s why I stuck with it when so many of my peers have written it off. Starting fresh, I don’t feel like it’s a cheap cash-in on my childhood memories. For me, it’s something new that keeps my entertained as a thirty-something.

So if it isn’t the nostalgia that keeps me playing Pokémon Go, what is it that I like about the game? It’s not the augmented reality. I turned that off right away to save battery. There are two things that keep me playing. First, there’s the exploration factor. In order to play the game, you have to constantly hit up “Pokéstops” to replenish your supplies. These Pokéstops are often placed on local monuments, like signs and sculptures, throughout the land. This is a great way to explore a neighborhood and get a better sense of local history. I’ve discovered a lot of little plaques and historical markers while playing the game. As a big history buff, this is a neat feature. But the main thing keeping me playing this game is the excuse it gives me to exercise.

In order to get the most out of Pokémon Go, you have to walk around. Doing so helps you level up your existing Pokémon and hatch new ones from eggs. This doesn’t work at higher speeds, so you have to do it on foot to get the best results. I’m lucky enough to live in the city where there are plenty of Pokéstops and plenty of little critters spawning. So it’s really easy for me to set out on foot and walk around to the point of exhaustion. Playing Pokémon Go is not my sole source of exercise. In fact, it’s what I do on my “off” days from the gym. But as far as physical health goes, it beats sitting at my computer playing Cities Skylines. (Though I do quite a bit of that as well.)

What do you think of Pokémon Go? Did you give into the hype last summer? If so, are you still playing? Let me know what you think in comments.