Logarithmic Time and Getting Older 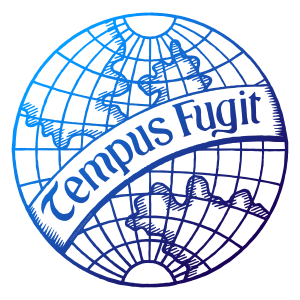 It’s been two years since I wrote a blog post. I can’t believe it. I also missed the 10th anniversary of my blog in August, though as I wrote many years ago, I don’t think that touting your anniversary is a very good marketing strategy. The point is that time flies, as they say. And as I get older, I’m far from the first person to make this observation. As fun as it can be to think of a genuinely new idea, there’s also a comfort in finding out that other people have already given a name to your observation. And in this case, the concept of time speeding up is something called logarithmic time.

For those of you who have forgotten high school math class, a logarithm is a way of conceptualizing a number of very different magnitudes. Like if you make a bar graph where one person has a dozen apples, another person has two dozen apples, and a third person has a million, the large number will obliterate the others. Logarithms were also important back in the day before calculators, though slide rules and such were well before my time.

I don’t honestly remember a lot of the mathematics behind logarithms, and this isn’t a math blog in any case. The important thing is that logarithms reflect how we think about numbers, rather than the “pure” mathematics. Like if you go to the store, and one brand of ice cream is a dollar off, it seems like a huge savings. But if you’re looking to buy a car, and the salesperson offers you a dollar off, you might just laugh in their face. It’s the same amount of money, but a much smaller percentage of the total. That’s the way that we experience numbers.

Time works much the same way. A year is objectively a year. The earth goes around the sun every 365.24 days. But a year of your youth is much “bigger” than a year of adulthood. When you’re 10, a year is 10% of your life. But when you’re 50, it’s only 2%. And even these numbers don’t reflect the true human experience. Even on a micro level, time is not linear. Albert Einstein once joked that, “When a man sits with a pretty girl for an hour, it seems like a minute. But let him sit on a hot stove for a minute and it’s longer than any hour. That’s relativity.”

And that’s the other facet about the way we comprehend time. The last two years haven’t been any two years. They’ve been two years of a global pandemic. That means that months seemingly go by in quarantine, while days of boring Zoom meetings bring life to a standstill. Again, I’m not the first person to make this observation, nor will I be the last. But the result is that 2019 seems simultaneously like 20 years ago and last week.

At the end of the day, I think that it’s a good thing that we don’t experience time as a steady, linear clock tick. I think that life would be a lot less interesting if we did. That said, I do wish I could “slow things” down as I got older. I still find it hard to believe that Nirvana’s Nevermind album was thirty years ago. But that has less to do with my perception of time, and more to do with the fact that I’m getting older. As are you. And dealing with our own aging and morality is never easy. Just another aspect of the universal human experience.

Have you noticed that time has “sped up” as you’ve gotten older? What’s your experience of time through the pandemic? Let me know your thoughts about logarithmic time in the comment section.