The Best Years of Your Life 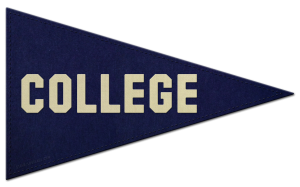 I hated high school. While it was better than the hell of middle school, I still felt as if I was in purgatory. For four years, I formed this idea of college being paradise on earth. It wasn’t, but it was a hell of a lot better than high school. But there was a good reason for that. College was fun because I made it fun. I took easy classes and spent as much time doing fun stuff: like going to coffee shops, bars and extracurricular events. And while I could have challenged myself more, I have no real regrets about this part.

I don’t regret partying in college, but I do regret my inability to let it all go. When it came to middle school and high school, I couldn’t wait to leave, but with college, I would do anything I could to stay. College was so much fun that I dreaded moving on to the real world of work and drudgery. So I took classes I didn’t need, racked up unnecessary student loans, and refused to think about my post college plans. But in the end, I was grasping sand. My college friends were moving on, and I felt empty and alone. By the time I walked across the stage in my cap and gown, I was sick of college, ready to get out, even if I still didn’t have plans for after I graduated.

There’s an old showbiz saying, “Always leave ’em wanting more.” I think that’s a good motto to live by. Sometimes it’s best to move on before you’re ready. Because there is no paradise on earth, and while I have fond memories of my college days, I have no desire to go back. I’d much rather believe that the best years of my life are yet to come.