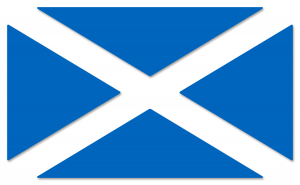 On Thursday, September 18, 2014, Scotland will vote on whether to declare independence from the United Kingdom. As an American of English, Scottish and Irish ancestry, I have been following the debate. I’ve never been to the UK, and I don’t have any personal stake in the outcome. But after considering arguments from both sides of the debate, I have to come out in favor of Scottish independence.

The United Kingdom is a liberal democracy on par with the US, France and Germany, but it has a couple of glaring flaws. The first is the lack of a constitution. British political scientists like to say that the UK has an “uncodified constitution”. But really, isn’t an uncodified constitution kind of like an unwritten novel or an unpainted painting? The truth is, there’s nothing protecting human rights other than tradition. Furthermore, the UK is a theocracy. The queen is head of the Church of England (and the Church of Scotland), which have seats in the House of Lords. Thankfully, this has little effect on the modern democratic state, but the fact that it still exists is outrageous. Unfortunately, there’s not a whole lot Scotland can do about it.

The United Kingdom is not a country, per se. It is ostensibly a collection of four countries: England, Scotland, Wales and Northern Ireland. But despite this, the UK is also a unitary state. Whereas the US is a federation of 50 semi-sovereign states banded together, the United Kingdom is controlled top-down from Westminster. There have been attempts to “devolve” some of the power to Scottish and Welsh parliaments, but the simple fact remains that the government of the UK is the same as that of England. The Holyrood Parliament of Scotland exists only because the Crown and Parliament let it exist. And this leads us to the crux of the problem. Without a written constitution, devolution won’t work. I don’t think that Great Britain needs to become a republic to be truly free, but they need to eliminate the final vestiges of absolute monarchy and theocracy.

I think that, if the referendum on Scottish independence fails, we may very well see the whole of the United Kingdom move toward a federal system of government, where Scotland has more independence from Westminster. However, this won’t work until the UK moves the ultimate source of power from God and the Crown to Parliament and the constituent countries. Only time will tell what will happen, but I can tell you this much. The Scottish people won’t stand for the status quo. Even if they vote against Scottish independence, the United Kingdom will have to change with the times.

What do you think about Scotland’s status within the UK? Let me know in the comments.