Finding Meaning in a Secular World 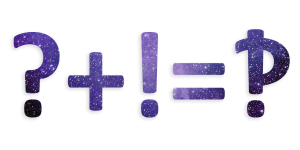 Is it possible to find meaning in life when you don’t believe in God? Many people believe they were put on this earth for a purpose, whether that’s being a parent, worker, athlete, artist, or just a decent person. This can work well for those of strong faith, but it’s a lot more difficult for nonbelievers. Nevertheless, I think we can find our true calling based on biology.

Living things, from the smallest bacterium to the largest whale, have one and only one purpose. To propagate more life. As Jeff Goldblum’s character in Jurassic Park once said, “life finds a way”. Living organisms are constantly growing, adapting and reproducing to fill every niche of this planet’s surface. Human beings are no different. Above all, we have a instinct-level desire to survive and thrive. In the modern world, this usually involves getting married, settling down and having kids. But due to the complexity of modern society, this doesn’t always have to be the case.

The Importance of Specialization

Back in the days of hunter-gatherers, everyone hunted and everyone gathered. The invention of agriculture led to the rise of civilization. Some people could be leaders. Some could be farmers. Others could be soldiers, blacksmiths and tailors. Civilization led to specialization, and more than one way to fulfill your biological imperative. With specialization, the long-term survival of humans as a species became a group effort. Now our survival as a species depends on more than just finding food and evading predators. We need scientists, artists and writers. We need factory workers, office workers, teachers and parents to ensure the long term survival of our species. And because there are so many specializations in a complex society, there are myriad ways to find meaning in our lives.

As I write this article, I fear I come off as an apologist for not having children. I don’t mean it that way. I have been on the fence about having kids all my life, and while I haven’t 100 percent ruled out the possibility, I don’t think parenthood is for me. But I am a strong believer in good parenting, and I believe that loving parents are key to our species survival. I recently had the pleasure of seeing Neil Gaiman speak at the Winspear Opera House, and he said something that resonated with me. When asked what work he was most proud of, he said it was his kids. Not his books or comics or TV adaptations. That stuff was important, of course. But art is only useful if there’s a new generation of kids to appreciate it.

Without God or kids in my life, I am forced to find my own meaning. I think that the long term survival of our species is key. That’s one reason I admire Elon Musk’s pie-in-the-sky efforts to colonize Mars. But even if you’re not an eccentric billionaire trying to conquer a new planet, you can find meaning simply by making the world a better place. As cliche as it sounds, every bit makes a difference. So go out there and write that novel, learn to juggle, or simply tell someone you love them. Because at the end of the day, the meaning of life is a reflection of ourselves.

Do you think you can find meaning without religion? Let me know your thoughts in the comment section.