There Are No Grown-Ups 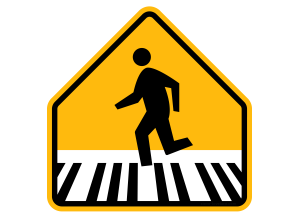 I read an interesting article by Pamela Druckerman, in which she states, “There are no grown-ups. We suspect this when we are younger, but can confirm it only once we are the ones writing books and attending parent-teacher conferences. Everyone is winging it, some just do it more confidently.” Ms. Druckerman says a lot of other interesting things in her New York Times piece about getting older, but it was that one phrase that really stuck in my head: there are no grown-ups.

You often hear kids use the phrase, “when I grow up…” All throughout childhood, you wait for this to happen, but when you get to your teenage years, adulthood still seems out of your grasp. Big milestones come, like birthdays, getting your drivers license and graduating high school. Yet after the initial rush, you still feel like a kid trying to fake it. So you get ready for college, and find it’s much like high school. You might be more confident of yourself, but there’s still that nagging self-doubt that you’re just pretending to be a grown-up in a college full of adults. Eventually though, you finish college and move into the so-called “real world”. This is where you can fully and unambiguously call yourself an adult. But while you’re running around paying rent, getting married and having kids, you still don’t feel like a grown-up on the inside.

I’ve felt this feeling well into my 30s, and I know other people my age who feel the same way. One day, I asked my dad, “When did you feel like a grown-up?” To which he replied, “I still don’t.” This was before I read Ms. Druckerman’s article, but it was the moment that I realized that there are no grown ups in this world.

Even Kings and Presidents

Maybe there are some people who don’t feel like a little kid who’s faking it, but most of the people I know do feel this way. I think that this is an important thing to consider when you think about the world. When you hear about world leaders meeting to discuss trade negotiations, keep in mind that they’re all just kids pretending. They are subject to the same childishness as the rest of us. As are the Nobel laureates, the Hollywood superstars, and every single parent and grandparent on the planet. It’s a little frightening to realize that we have a bunch of big kids running the world, but it’s also quite comforting. Even kings and presidents are just trying to make it in this world, just like the rest of us.

I think that adulthood is an asymptote. It’s something you get closer and closer to, but never quite reach. At least not until you’re dead.

Do you still feel like a kid inside? Let me know in the comments.