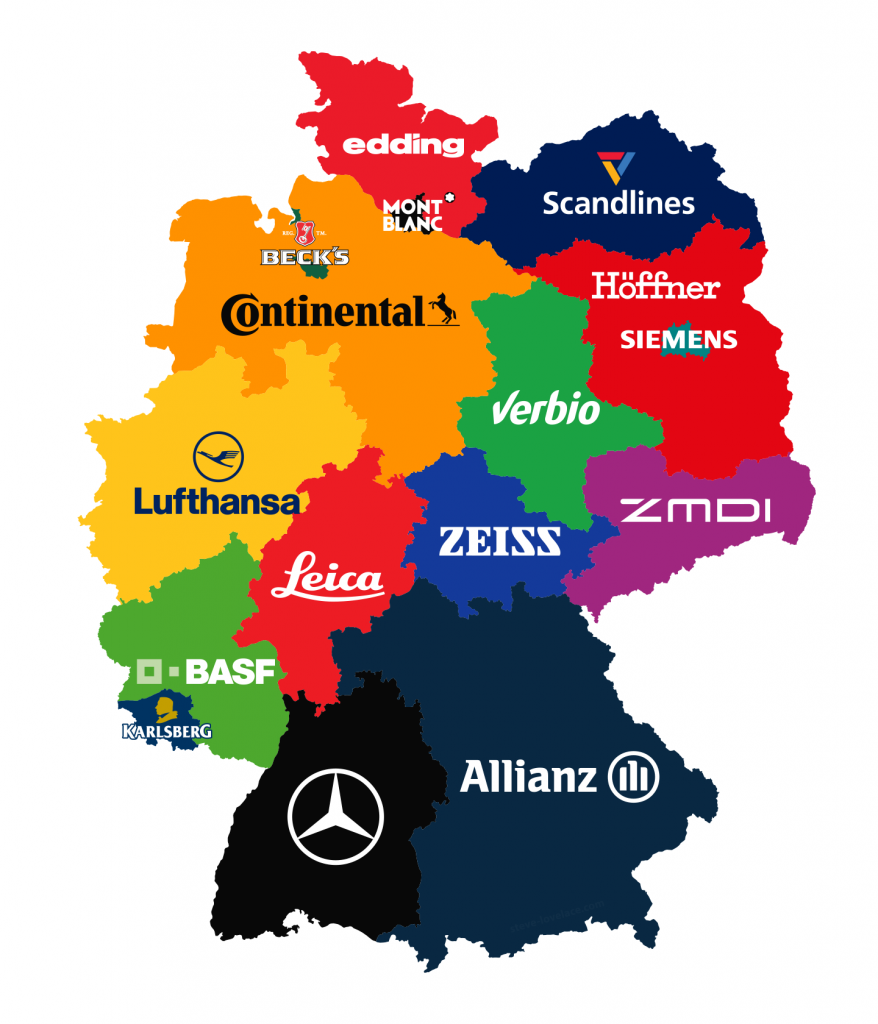 After my map of “The Corporate States of America” became a hit, I decided to do a second one for our northern neighbor. “The Corporate Provinces of Canada”  hasn’t been quite as popular, but it’s done well enough. Soon after that I got an email from a German reader asking me to make a German Brand Map for her firm. I put together a map for her, but never published it here. Recently, I took a look at my original map of German brands and made a few tweaks. The resulting design I call Die Firmenländer von Deutschland*. Here is a list of the 16 German states, as well as a little bit about each company I chose.

What do you think of my selections for Die Firmenländer von Deutschland? As an American it was harder to pick out famous German brands than it was for American brands. So if you’re German or familiar with Germany, tell me what I got right or wrong. What would you put in your own German Brand Map? Let me know in the comments below. And if you like my design, you can purchase it as a poster or tee-shirt at my Society6 store.

*Thank you to Gérard Nisal Bischof and Natalie Araujo for help with the translation.