The Slow Death of Sears and Kmart 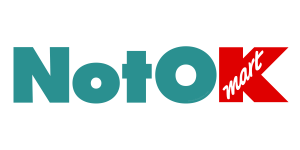 Businesses come and go like anything else. Like living things, they adapt or die. I wrote about this a couple of years ago when I wondered why Sears wasn’t more like Amazon. Starting in mail order a century ago, Sears could have been the Internet’s main online retailer. Instead they doubled down on America’s failing malls. Another failing retailer, Kmart, could have been as big as Walmart, but like Sears, they are slowly fading into obscurity. This is no coincidence. Sears and Kmart are part of the same company, which is slowly being bled to death and sold for scrap.

Sears and Kmart both have long and fascinating histories dating back to the late 1800s. Both thrived throughout the 20th century, and both were on the verge of collapse in the early 2000s. Kmart, facing bankruptcy, was bought by an investor named Eddie Lampert. Lampert was a Wall Street wunderkind often compared to Warren Buffet in the financial press. With his backing, Kmart bought the ailing Sears and created a combined company called Sears Holdings. (While Kmart acquired Sears, the resulting corporation was named for the “elder” company.) At the time, investors hoped Lampert could work his magic on the ailing retailers. But Lampert’s skills on Wall Street didn’t neatly translate to the world of retail.

The name Sears Holdings tells you all you need to know. Lampert’s conglomerate isn’t designed to be a retail powerhouse. It’s just a holding company for existing assets. Given his background as a hedge fund manager, Eddie Lampert seems uninterested in running a chain of stores. He’s never placed much emphasis on customer experience, leaving both chains rudderless. Likewise Sears Holdings has never “leveraged synergy” (to use a business buzzword). They’ve never really combined the best assets of each company while shedding the worst. Instead we just have two sinking ships, lashed to each other while they slip under the waves.

Teardown houses are common here in the DFW Metroplex. This occurs when a plot of land becomes worth far more than the house built on it. People buy old houses, and instead of fixing them up, simply tear them down and start over. At this point, things have gotten so bad at Sears and Kmart that Sears Holdings is more of a real estate holder than a retail company. Like a slumlord renting out dilapidated houses until the neighborhood gets gentrified, Sears and Kmart now exist mainly to occupy retail space until it can be redeveloped. With the land worth more than the stores, Lampert spun off a new publicly-traded company called Seritage Growth Properties. Seritage now owns the stores and leases them back to Sears Holdings, making a profit from the ailing chains.

While Kmart and Sears both continue on without any real innovation, their most profitable brands, like Craftsman and Land’s End, are sold off to keep the company afloat. Meanwhile Seritage collects rent and holds on to the land until each site can be gentrified and redeveloped. I have to admit, I admire the genius of it even though I think it’s a bit deplorable. I don’t think that anything about Lambert’s management style is illegal. I’m not even sure if you could call it unethical. But coming from a background in marketing and branding, I do believe that Eddie Lambert’s numbers-based approach has wasted the reputation of legacy brands. Ten years ago, Sears and Kmart were worth something as brands. But thanks to years of brand neglect on the part of Sears Holdings, they are both now worthless.

Do you think there is any way to save these moribund companies? What do you think of Lampert’s management style of Sears Holdings? Let me know your thoughts in the comment section.