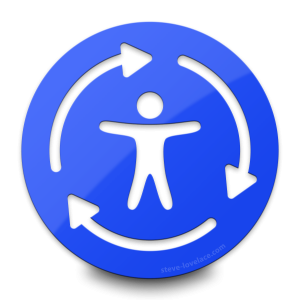 On the day of my college graduation, my parents gave me a greeting card. I don’t recall what the card said. I don’t even recall all the words may parents wrote. But three words stood out. Just one short sentence that my dad wrote. Reinvent yourself often. From that day forward, I have adopted this phrase as my personal motto.

As a writer, I understand the importance of words. Let’s break this down word-for-word, and see how each word matters.

This is the most important word in the sentence. The prefix “re-” means to do something over again. You’re already “invented”, i.e. you already exist. You already have an identity and a life. But whether or not you’re happy or unhappy, you need to constantly reassess your life. Don’t fall into complacency and stagnation.

“Reinvent” is a verb, and an active verb at that. It’s not “be reinvented”. As an imperative verb (command), the subject is implied. It’s you that’s doing the reinventing, even if the word “you” isn’t stated in the sentence. This brings us to the next word.

“Yourself” is a reflexive pronoun. That means that it’s something you do to yourself. It means that you are the one being reinvented as well as the one who’s doing the reinventing. You are both the subject and the object of this sentence.

My motto isn’t “reinvent other people often”, or “reinvent the world.” It’s “reinvent yourself.” That’s the only thing you can reinvent. Don’t get me wrong, I’m a big believer in reinventing the world around me. That’s why I’ve worked for a nonprofit to the past decade. But like the emergency oxygen masks on an airplane, you have to take care of yourself before you can help others.

Maybe I’m reading into this too much. It’s just three words. But as I said before, words matter, as do actions. Intentions matter too. Some people are guided by religion or philosophy. Many people have no guide at all. Whatever works for you, keep it up, as long as you’re not hurting others. As for me, I will continue to grow and change. I will strive everyday to reinvent myself often.

Do you have a personal motto or philosophy on how to live your life? Let me know in the comment section.