The Salazar Bunker: No Signs of Life 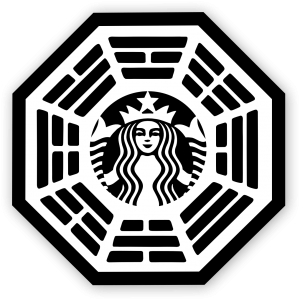 There wasn’t even a Dharbucks.

You don’t expect a bunker to be inviting, but this place was darker and gloomier than I expected. It wasn’t the kind of bunker where civilians took shelter in wartime; instead, it was a remote military research station. Back in its heyday, soldiers and scientists came and went, each stationed for months or even weeks. But no one had ever called this place home. In fact. no one ever tried to make it more habitable. It was just a wayside in a long journey.

As I walked through abandoned laboratories, I looked around for signs of humanity. But there were none to see. No name on a locker. No yellowed Far Side comics taped to a wall. Not even the residue of tape or label. Just anonymous equipment.

Overall, the while place reeked of death, or at least the absence of life. Unlike the Salazar Rain Forest 50 feet above, there was not a living thing in sight. No rats. No flies. Not even any centipedes. Nothing. I wondered if a plague had killed them off, but if so, not even a single dead roach remained.

Room after room was like this. Level after level. I kept on walking, looking for the end, But the bunker went forever on, an underground city of lifelessness.

I wandered for hours, down to the deepest levels of the complex. There I found a door that wouldn’t budge. I spent hours trying to pick the lock, trying to ram it down. But it would not open. Just as I was about to give up, I heard something click. With the tumblers out of the way, I was able to open the door and see what was on the other side.

I’ve always had a fascination with bunkers, tunnels and secret passageways. Even from a young age, I couldn’t stand the sight of a closed door, hiding secrets behind it. I wrote this story in the vein of “Lost”, and much like that show, there is mystery without resolution. What do you think our nameless protagonist would find behind the door? Let me know in the comment section.