The Finest Hell is a Waiting Room 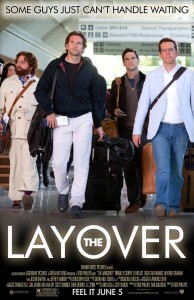 A layover is just a waiting room in mid-transit.

There is no finer hell than a waiting room. In fact, if there is such a thing as Hell, it’s probably just the waiting room outside the Pearly Gates. You sit there waiting for St. Peter to call your name, reading the same outdated copy of Reader’s Digest for all eternity. That idea alone is enough to keep me on a righteous path.

Government waiting rooms are probably the worst. People joke about the DMV being an unpleasant place, and for the most part, it deserves this reputation. Doctor’s waiting rooms are more hit-or-miss. I’ve been in some that are quite pleasant, while others are a total nightmare. Airport waiting rooms can be pretty nice, but they lose a lot of charm after a six-hour layover.

Some are worse than others, but in essence, they’re all the same. They all have the same basic setup: the rows of chairs, the canned muzak and the crappy magazines. Only the veneer varies. But I have to wonder, does it have to be so? Isn’t there something we could do make an inherently unpleasant experience just a little more tolerable. If you have any ideas, let me know.