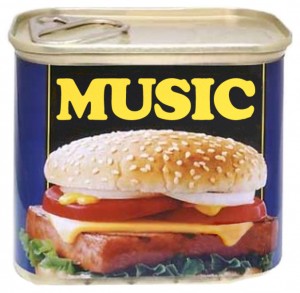 My least favorite thing about working retail was the canned music. At the first store I worked at, they played the same music every two hours. Every two hours. The same thing on a loop, several times during a shift. Every couple months or so, we would get a new disc from Corporate. The novelty lasted for a day or two. Then, once I memorized the new music loop, it became torture once more. To this day, whenever I hear one of the songs they played at that store, I have the urge to cover my ears. I can’t stand any tune that played at that store during that time, even the handful of songs that I liked before I worked there.

But as bad as the regular music was, the Christmas music was far worse. Like the regular music in the store, it was on a two-hour loop. But unlike the regular music in the store, they did not have enough unique songs to fill up the CD. So they get several versions of everything. That meant, and I counted, five versions of “Jingle Bells”, three renditions of “Frosty the Snowman” and four versions each of “Rudolph the Red-Nosed Reindeer” and “Walking in a Winter Wonderland”. So if I worked an eight-hour shift, which I often did at Christmastime, I could hear “Jingle Bells” as many as 20 times.

To make things even worse, my store started playing the Christmas music before Halloween. So I had several months out of the year where he was nothing but “Jingle Bells” playing. I kept myself sane, or perhaps drove myself nuts, thinking of all the decent Christmas songs they could have played instead. There are enough Christmas songs in the world to fill a two-hour loop. A little variation would have brought some holiday cheer to overworked sales clerks.

The music wasn’t quite so bad at the bookstore I worked at. The music system there played regular CDs. Since we had thousands of CDs in stock, we didn’t have to listen to the same two-hour loop ad nauseam. Of course, I still got tired of hearing the same damn songs, especially during Christmastime, but the tunes weren’t drilled into my head quite the same way as they were in my first job. Better yet, if the music was really starting to get to me, I could ask the manager on duty to change it. Some managers were more amenable than others, but at least it was an option.

Even to this day, when I’m in a store, or anywhere playing canned music, I think about what it would be like to be an employee listening to the same songs day after day. I think that a lot of companies play music solely for the customers, forgetting that they need to keep their employees happy too, so they can provide the best customer service.