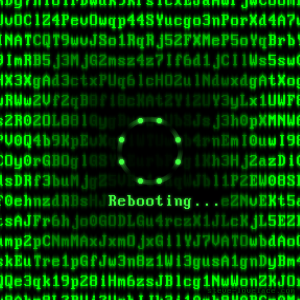 Back at the turn of the century, The Matrix was the coolest thing in sci-fi. I was a fan of the movie, like so many others. But 16 years later, the movie and its sequels languish in neglect, while movie franchises like Star Wars continue to dominate the cinema screens and toy store aisles. But in Hollywood, everything that goes around, comes around. Here now are my ideas for a Matrix reboot.

I think one reason The Matrix isn’t so popular nowadays is the sequels. The Matrix Reloaded introduced a bunch of intriguing characters and did nothing with them, while The Matrix Revolutions tried, and failed, to wrap up all the loose ends with a single explanatory scene. While I kind of liked the part where our hero Neo meets the Architect, it’s clearly an info dump. Other franchises have had bad sequels too, but while Star Wars has The Phantom Menace, it also has The Empire Strikes Back, so there’s more good material to fall in love with.

The Real Reason for the Matrix

In the first movie, Morpheus explains that the machines have enslaved humanity to use as batteries. This makes no sense when you think about it. First off, the math isn’t there. Living beings make terrible batteries. But even ignoring that, why not use cows? Why not use lobotomized humans? There’s a much better reason to plug all humans into a cybernetic simulation. Perhaps instead of using the human race as batteries, the Matrix is a way of using human brainpower as a sort of “cloud” computer. This idea was reportedly in early drafts of the movies, but studio executives thought 1999 moviegoers wouldn’t understand the concept of distributed computing. But this idea makes a hell of a lot more sense. It explains why the computers need not just humans, but thinking humans. And it would lend more depth and nuance to the idea of a simulated reality. It might even give us a reason to argue that the Matrix exists for the greater good of both man and machine.

What would you like to see in a Matrix reboot? Let me know in the comment section.