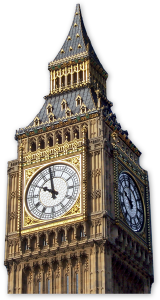 I have a superpower, but my superpower sucks. My power? I can see into the future. The reason it sucks? I can only see the next four minutes. I know that still sounds impressive, but it’s really not. To find out why, let’s go back to the beginning.

It all started back in ninety-four. I was a lab assistant at a military installation in Nevada. Not Area 51. Area 51 doesn’t exist, and even if it did, I’d deny having worked there. But anyway, I was fresh out of basic training, working at a much higher clearance than most people my age. At the age of twenty-three, I had a PhD and two silver bars on my sleeve, but I still spent half my day cleaning test tubes. So when General Butler offered me the chance to participate in a human research experiment, I jumped at the opportunity.

Throughout the Cold War, the military had been working on ways to use psychics to gather intelligence. Such “remote viewing” experiments are well-known even in the civilian world. Well, behind closed doors, the research was a lot more advanced. This group of researchers were trying to create psychic powers in someone who did not already have them.

I wish I could tell you exactly what they did, but even if the procedure itself wasn’t highly classified, it would still be highly technical. Suffice to sat that it involved drugs and electricity. No brain surgery. No implanted microchips. I wouldn’t have signed up if it had. Then again, if it were just a chip in my head, I could have it removed. Instead I’m stuck with this strange power for the rest of my life.

The procedure itself was painless. Just a big sleep, really: a four-day coma full of acid dreams. Then I woke up, Almost as soon my I opened my eyes, General Butler and Dr. Fredriksson were there debriefing me. Then a nurse came in to check up on me. She started asking questions at the same time as Dr. Fredriksson.

“What do you mean?” the nurse replied as Dr. Fredriksson rambled on.

“Dr. Fredriksson,” I said. “you’re not making any sense.”

“He’s right there,” I pointed.

“Just a second,” she replied. running out into the hall. A minute later. Fredriksson and Butler came back into the room. Now I was seeing double. Literally.

The two men debriefing me were now standing over themselves: superimposed but not quite synched up. Then they started asking the same questions they asked before, while asking new questions at the same time. Amidst the cacophony, the nurse ran in with two orderlies and started to restrain me, even though I was just lying quietly in bed. They gave me a sedative, but I didn’t feel a thing. Then they disappeared into thin air, along with one of the Butler/Fredriksson pairs.

That was when I started to freak out. The remaining doctor and general looked alarmed, and called for the nurse. She came back in with the same orderlies. They restrained me once again, gave me another sedative, and a moment later, I blacked out.

It took a while to get used to my new psychic powers. For a few weeks it seemed like I was seeing double. I had a lazy eye as a kid, and it was a lot like that. Only this was far worse, since it wasn’t just my sight that was affected. All my senses were sensing double. The noise alone damn near drove me insane.

I spent the next six months testing and training, all the while ruing my decision to sign up for this. Overnight I had gone from lab assistant to lab rat. I wondered if I could ever go back. At least the training helped. It didn’t eliminate my double vision, but it helped me focus. Imagine sitting in front of two TVs of equal size and volume. At first it’s a mess, but with a little concentration, you can choose which TV you want to watch.

As I got better, Dr. Fredriksson and his team were better able to test out my abilities. They found out that I could see four minutes into the future: four minutes and seventeen seconds, to be exact. Never more, never less. Despite scores of tests and dozens of treatments, they were never able to extend my foresight.

Four minutes of precognition isn’t all that useful. I can’t use it to play the lottery. Nor can I psychically sense anything that I couldn’t sense with my own two eyes. So if there was a major earthquake somewhere, for example, I wouldn’t know about it in advance unless I was actively monitoring the TV or Internet. And even then, I would still be limited by my four-minute window, not enough to evacuate LA before the big one hits.

It’s a fine line between a superpower and a regret, but if I had to do it all over again, I still would. I like being different, and I like having a power that no one else has, even if that power isn’t all that useful.

If you could see four minutes into the future, what would you do? Would you want this superpower? Let me know in the comments.