A couple of months ago I got an email from Betsy at The Dallas Socials, asking if I would be willing to cover Fan Expo Dallas 2015 at the Kay Bailey Hutchinson convention center downtown. Of course, I jumped at the chance, and it was well worth it. I had a blast taking photos, meeting people and shopping for geeky items. I also got to meet Charles Martinet, the voice of Mario, as well as one of my favorite sci-fi authors, Kevin J. Anderson. I even got a to take a break and paint some little plastic miniatures. It was a great experience, and I would highly recommend it. Here are just a few of the photos I got while I was there.

I think Captain America’s shield looks pretty good on me. 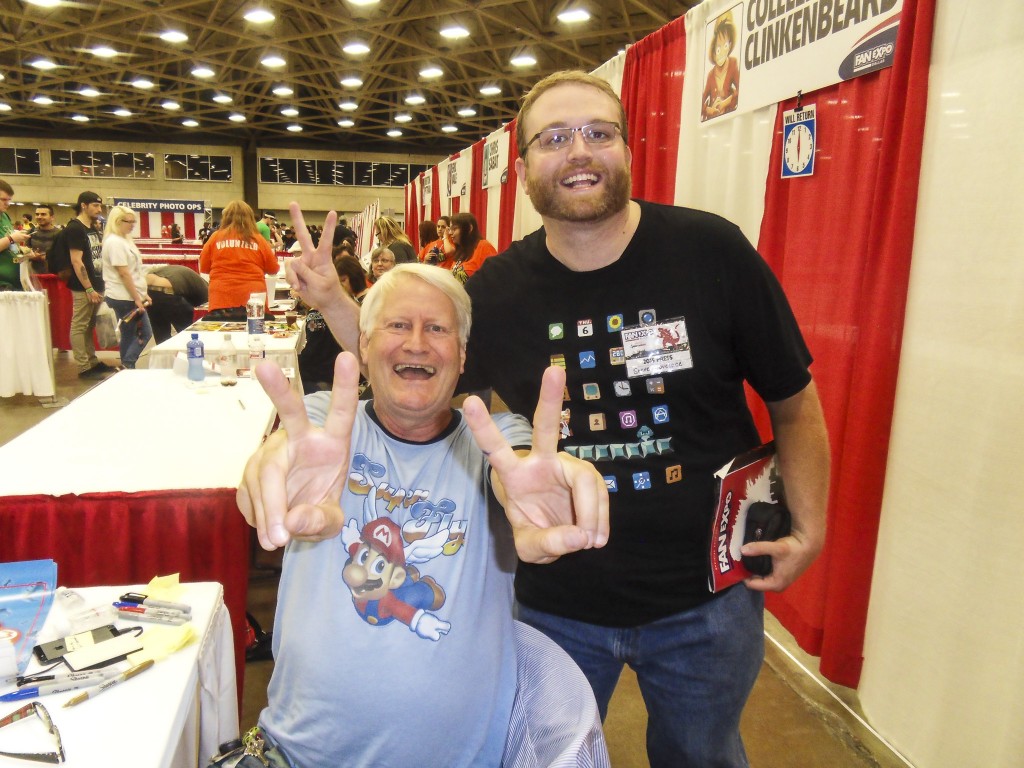 I got to meet Charles Martinet, the voice of Mario, Luigi and other Nintendo characters.

I got to meet one of my favorite authors, Kevin J. Anderson, who was co-written a ton of prequels and sequels to the Dune series. 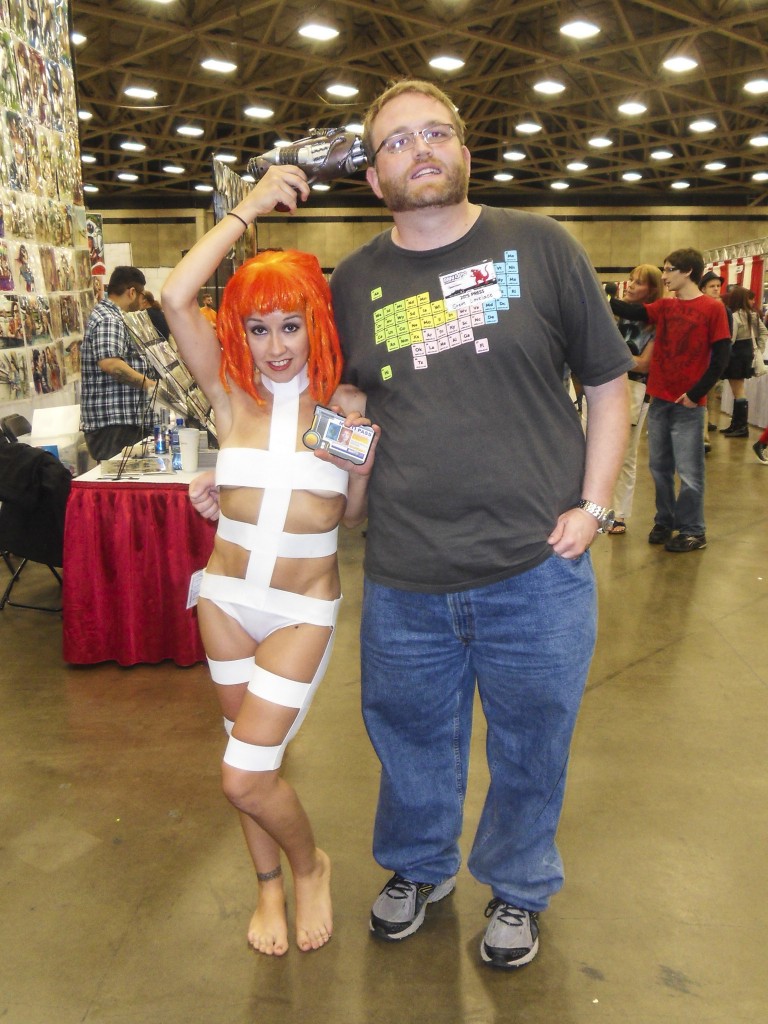 A picture of me with Leeloo from the Fifth Element. Only afterward did I realize she had a gun to my head. 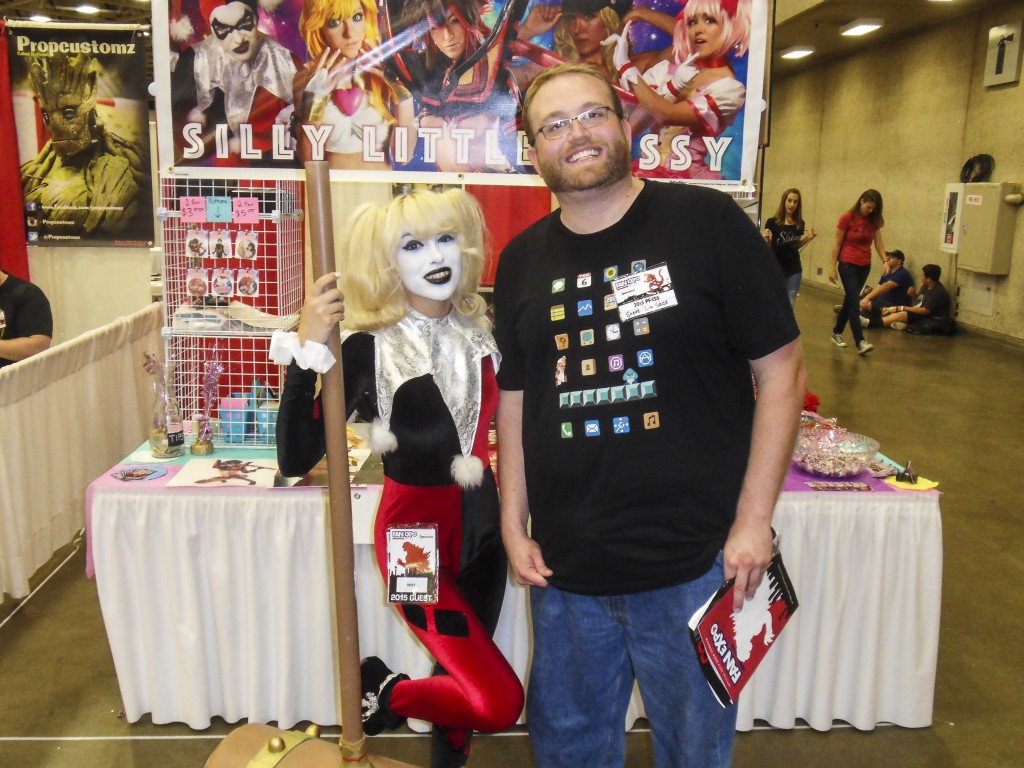 A picture of me with a professional cosplayer named Silly Little Missy, dressed here as Harley Quinn. 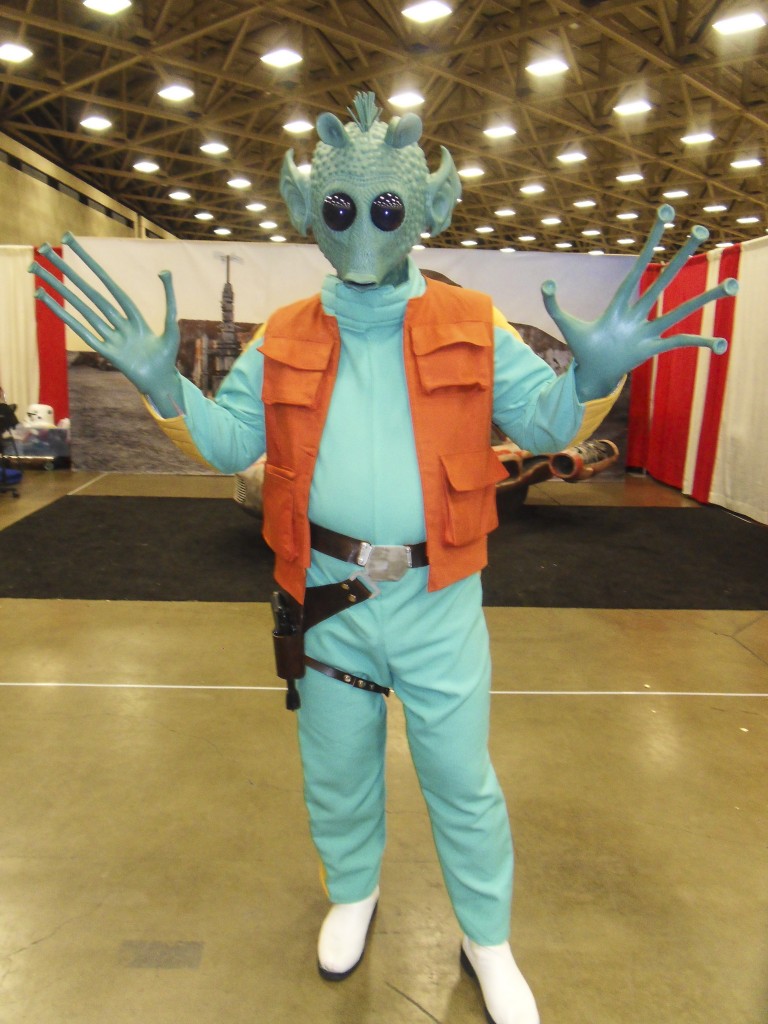 Greedo from Star Wars. He was going to get a picture of me, but I shot first. 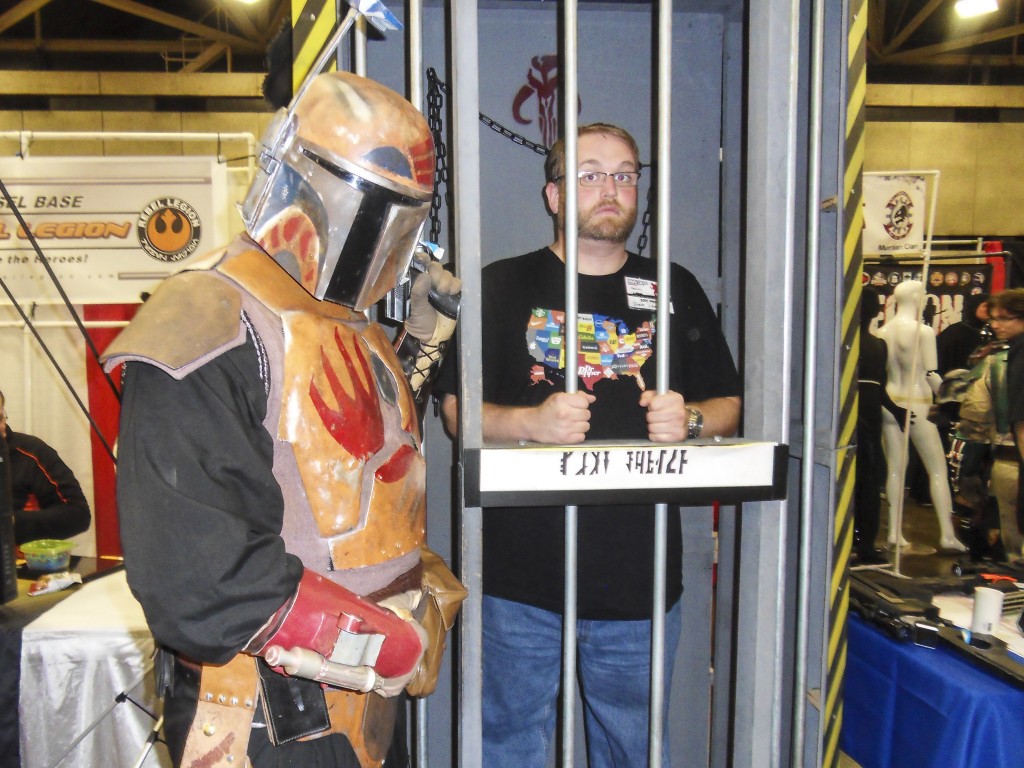 This bounty hunter put me in a jail cell, probably for making jokes about Greedo shooting first. 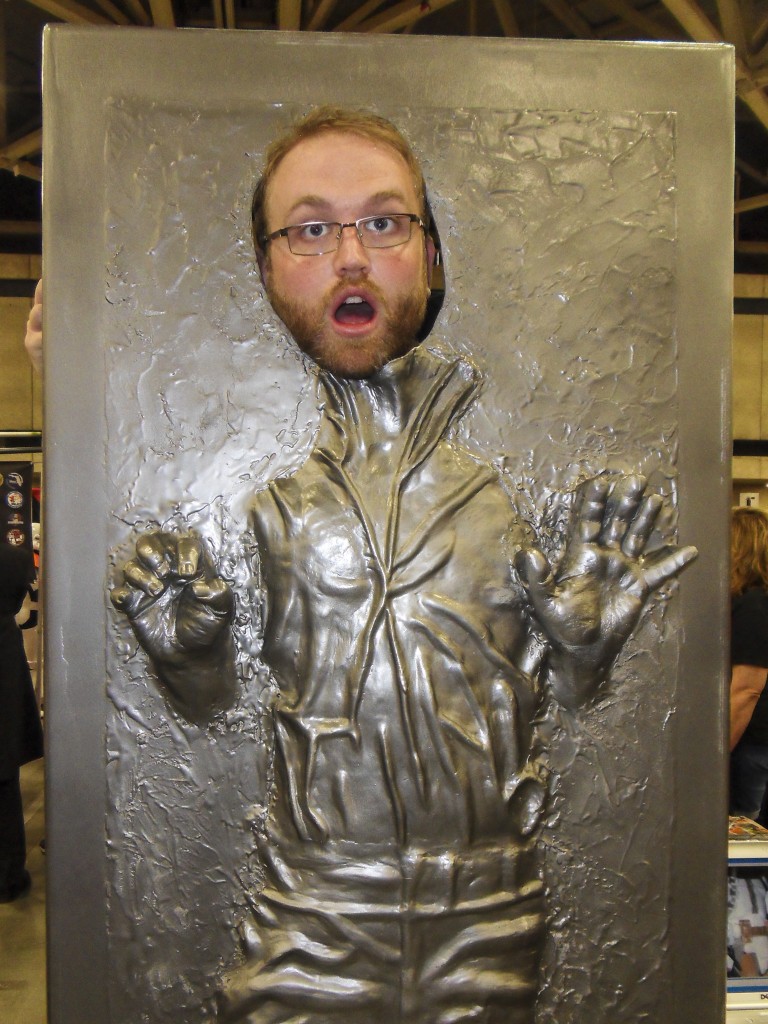 Here I am frozen in carbonite, after being captured by the bounty hunter. 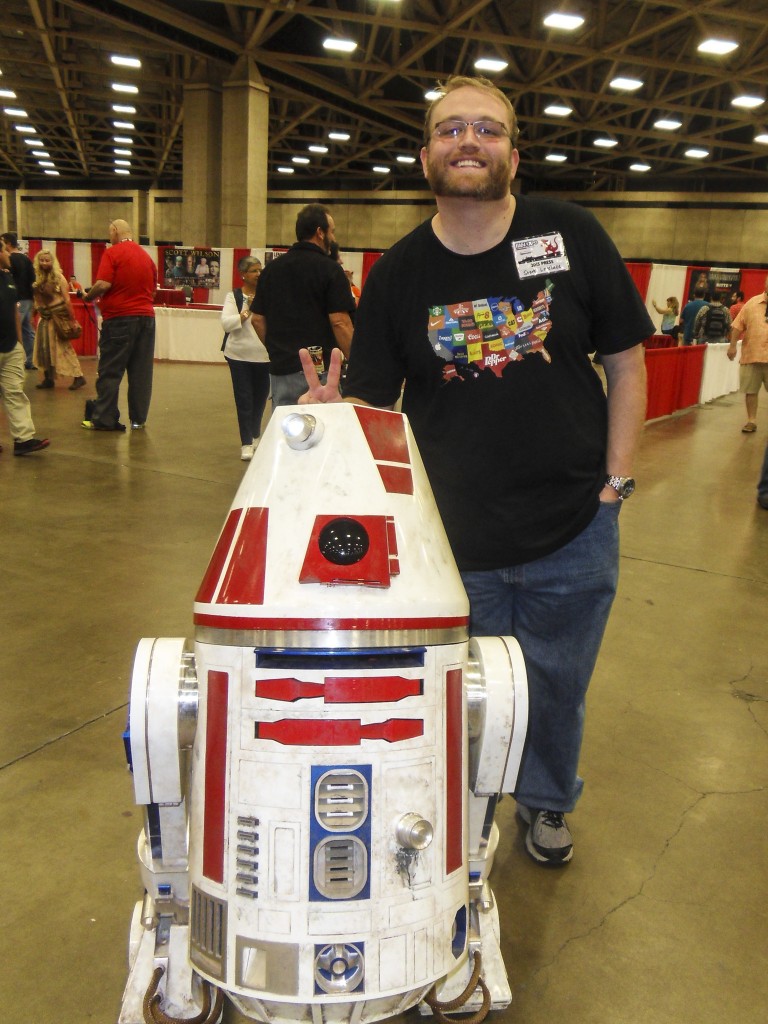 A picture with one of the lesser-known Star Wars droids, R4-E1. 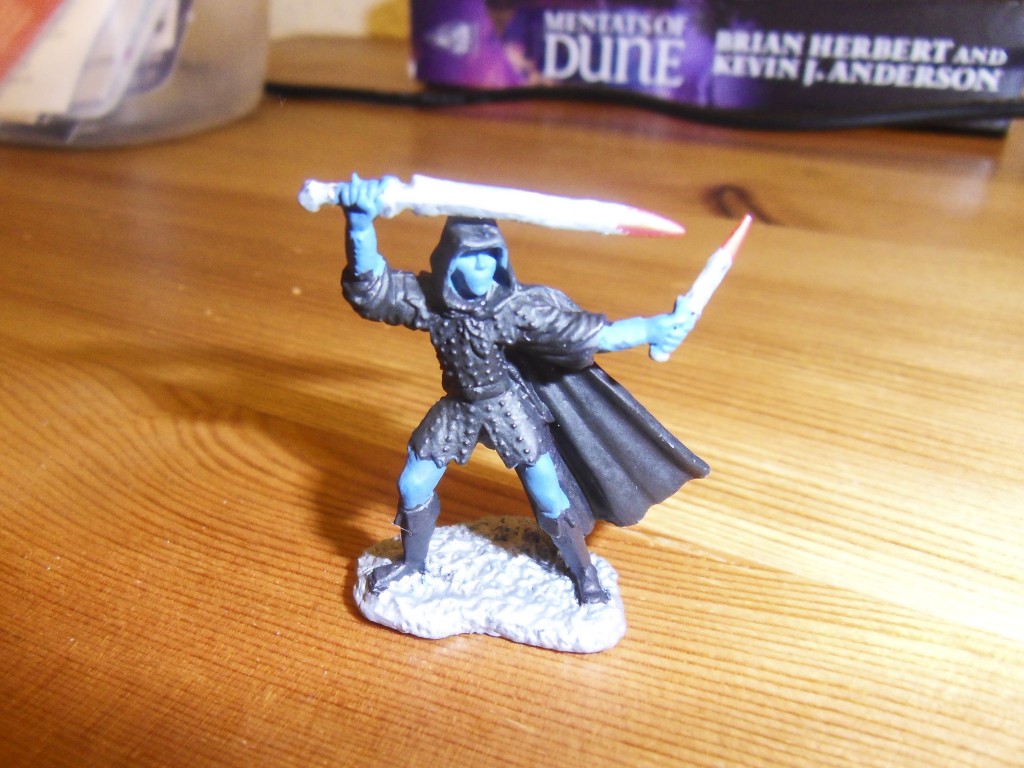 Reaper Bones had a booth where you could sit and paint a miniature for free. It was a great place to take a break from walking around. 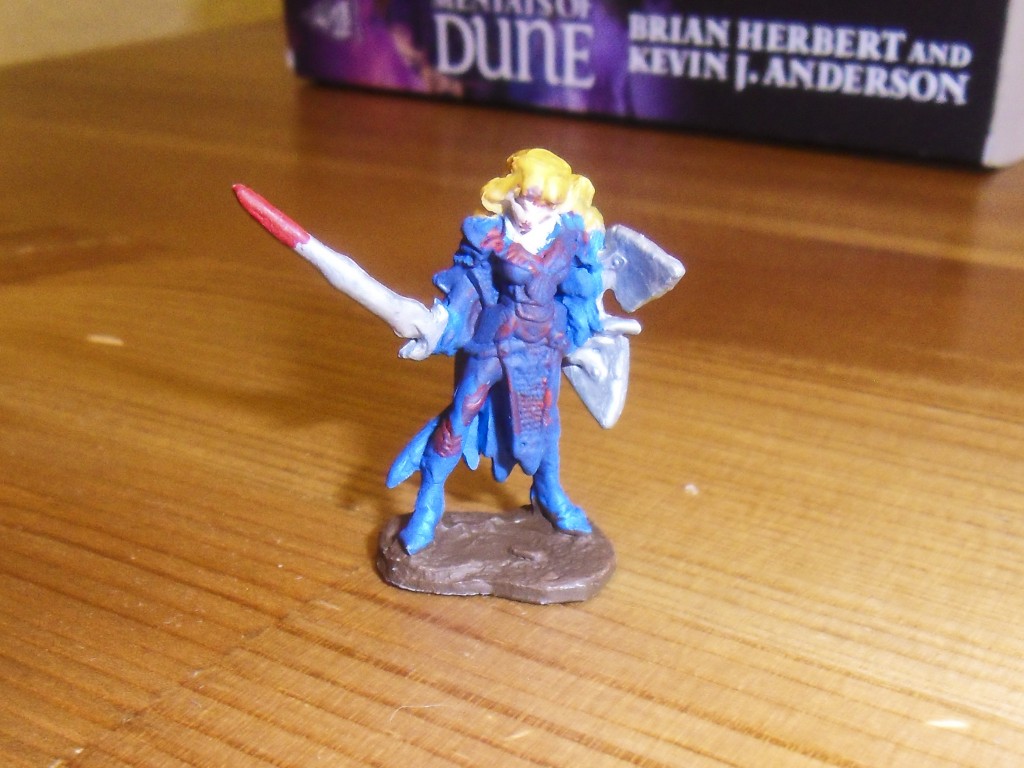 My second Reaper Bones Miniature. I actually messed up with the red paint, but went with it to make her look bloody.

For more pictures from Fan Expo Dallas, check out my coverage of comic con cosplayers both here and at The Dallas Socials. And if you were at the convention center with me and thousands of others, let me know about your experience in the comment section.