Comics Sans is the world’s most infamous fonts. Among graphic design geeks, the mere words “Comic Sans” are enough to bring out a sneer of disgust. It’s not the prettiest font, but there are far worse lurking on the bowels of the Internet. No, this is not a design problem; it’s a usage problem. Comic Sans sucks because it gets used in the wrong settings for the wrong reasons. The real question is why it’s so commonplace. Let’s take a look. 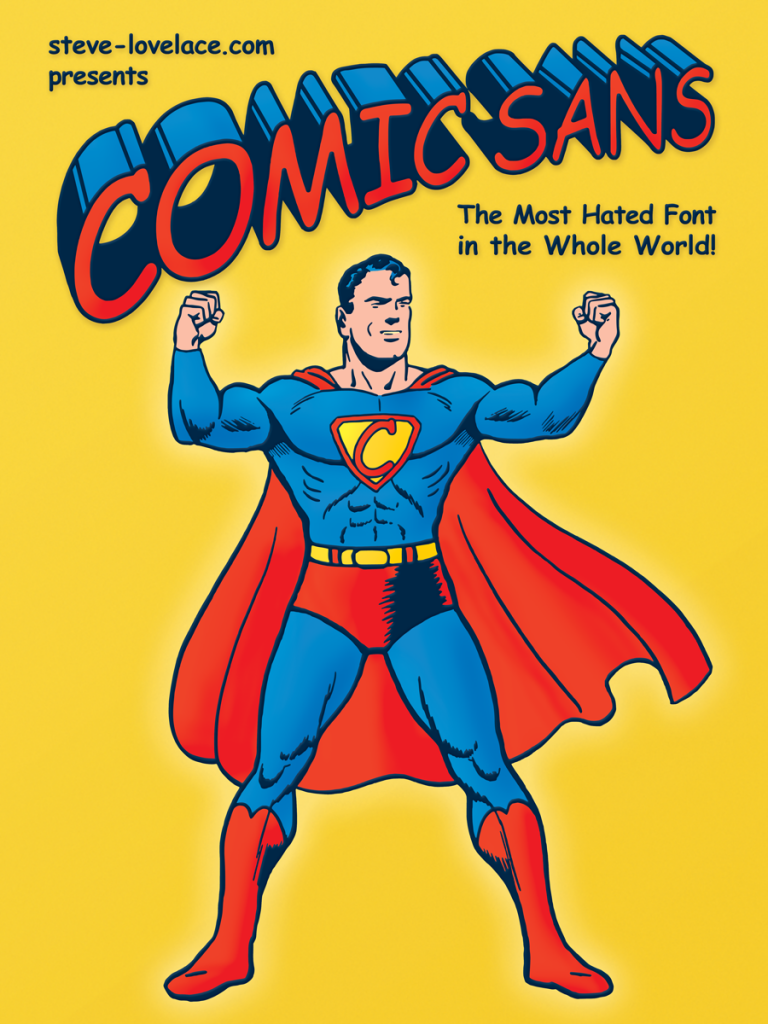 First off, let’s take a look why Comic Sans is so common. That’s an easy question to answer. It’s been included on every PC since Windows 95. But how did it end up as a standard Windows font in the first place. It all goes back to one of Microsoft’s biggest flops: Microsoft Bob. This program featured an interface in which a selection of cartoon characters would guide novice computer users through a series of virtual rooms. Microsoft developed Comic Sans for the characters’ speech balloons (though it didn’t make the deadline for the final product). In this regard, Comic Sans was designed with the best of intentions. It was made to look like the hand-lettering in comic strips and comic books. The problem is, it fails in this regard.

Comic Sans is supposed to look like handwriting, but it doesn’t. The problem is that every letter looks the same. Every letter “A” looks like every other. Comic Sans was designed back in the days of ASCII, when a font consisted of the basic alphabet and numbers (and maybe a few basic “foreign” characters.) Nowadays we have OpenType Unicode fonts with thousands of characters. So now you can have several subtle versions of each letter, so that the font looks less mechanical. Unfortunately, OpenType is clunky, requiring manual tweaks to work at full effect. And when it comes to Comic Sans, graphic designers aren’t the problem.

And thus we come back to the same question. Why do people use Comic Sans? People use it because its the closest thing most computers can get to handwritten text. It’s one of the few respites we have from the cold impersonal look of the Information Age. The most common uses of the font: email signatures and office signs, are both places where people want to add a little human warmth. That’s why people like Comic Sans. Never mind that it’s not very good. People use it because it’s there.

The Future of Comic Sans

In the next few years, Comic Sans and other handwriting fonts will get better. New font technologies will allow us to make fonts that look like they were truly written by hand, breaking Comic Sans’ monopoly. But even that’s only a temporary step. For a generation of kids growing up with technology, handwriting fonts won’t feel warm and familiar. They’ll feel archaic, like blackletter does to us. Though that makes me wonder if Comic Sans will one day be used for elegant occasions, bringing back nostalgia for the Golden Age of Typography. Perhaps Comic Sans will outlive us all.