Ode to the Start Menu 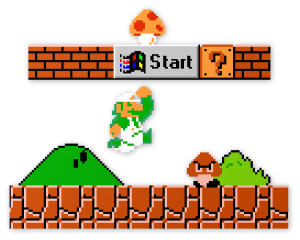 Microsoft has had many failures over the years, but they’ve also had a hell of a lot of successes. One of their biggest innovations has been the Start Menu. Anyone who’s used a PC in the last 20 years is probably familiar with the concept. It is one of the biggest things that separates Windows from Mac OS. It’s been so successful, in fact, that even Microsoft has been unable to kill it. Let’s take a look at the Start Menu’s origins, as well as its future.

Origins of the Start Menu

Microsoft Windows owes a lot to Apple and Xerox. Much of the conventions of the Desktop GUI go back to the Macintosh, Lisa and Xerox Star. (The Apple Menu in Mac OS versions 7 to 9 came close, but the Apple Menu has never been as multifunctional as its Windows equivalent.) As far as I can tell, the Start Menu is a Microsoft innovation. The first three versions of Windows didn’t have it at all, and early builds of Windows 95 had a little toolbar in the corner with three different buttons. Only in the later beta versions did Microsoft decide to put every major function of the computer onto one simple menu. At the time, there were still large numbers of computer illiterate people, so Microsoft wanted to give them a straightforward place to “Start” their computer experience. Hence, the Start Menu.

Evolution: From Menu to Home Screen

Microsoft must have known they were onto something with the Start Menu, since they built their ad campaign around it. They licensed the Rolling Stones’ “Start Me Up” for Windows 95’s launch. They also used their influence in the PC industry to add two new keys to the keyboard. These a contextual menu button (which is fairly useless) and a Windows key featuring the Windows flag logo. Since its debut, the Start Menu has affected our hardware as well as our software.

Over the years, the company added more and more functionality to the Start Menu, so that by Windows 7, it consisted of several columns of menus, as well as a search box. They also eliminated the word “Start” starting with Windows Vista, assuming that most people knew computers well enough to live without it. Then, in Windows 8, they eliminated the Start Menu altogether. Instead they have the Start Screen, a full screen interface that replaces the traditional Windows interface. Not only did they replace the Start Menu with a iPhone-like springboard, they even eliminated the Start Button from the taskbar, requiring users to use the Windows key instead.

The Future of the Start Menu/Button/Screen

Windows 8 has been out for a while now, but like Windows ME or Windows Vista, it doesn’t seem to be making a big dent. The “Metro/Modern UI” interface used for the Start Screen has been very polarizing, with a some people loving it and some people hating it. But like it or not, virtually everyone hates the lack of a Start Button on the desktop. Like Kinko’s changing its name to FedEx Office, people just won’t accept the change.

While Microsoft shows no plans of abandoning its tablet interface, they have conceded on the Start Button. Or as TechCrunch put it, “Our long national nightmare is over“. That line is obviously written in jest, but it shows just how strongly attached people are to this one element of the computer. The look of it may change over the years, but the Start Menu will stay around for a long time to come.