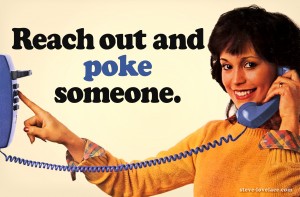 For the last couple of years, Facebook has toyed with the idea of its own smart phone. Last week, they took the first real step toward that end. However, instead of spending gazillions of dollars to develop a Facebook phone, they have debuted an add-on interface for existing Android devices. Called “Facebook Home”, this new software replaces the lock screen and home screen with a specialized version of Facebook. Let’s look at the advantages and disadvantages of this new system.

For people who use their phones mostly for Facebooking, the idea of Facebook Home is a good one. This is especially true for people using cheap, prepaid Android phones. People who are used to first world luxury forget that there are a whole lot of people out there without proper computers. Believe it or not, people in third world countries like Facebook too. These people are the target market, not the rich and middle class people using iPhones and expensive Android sets. Then there are the people who can afford computers, but don’t know how to use them. They may also want to try out Facebook home, since that’s all they’re using their devices for anyway.

For people who have the resources and know-how, Facebook Home offers few advantages. By replacing the home screen, it makes your other apps harder to execute, and by replacing the lock screen, it allows people to access your Facebook without your permission. (After all, the lock screen is there for a reason. It’s meant to lock your phone down so people can’t mess with it.) And even if no one messes with your phone, it’s still a huge threat to your personal privacy, since it gives Facebook even more of your personal information.

If Facebook Home does manage to take off, I could see the company coming out with a hardware version of the “Facebook Phone”. I don’t think it’ll prove that popular, however. As much as people like to check Facebook on their phones, they do a lot of other things with these marvels of twenty-first century design. If I were a betting man, I wouldn’t put my money on a Facebook phone.