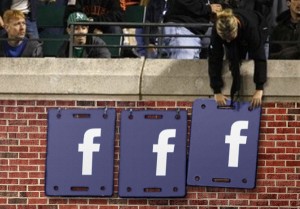 New technology requires new etiquette. I imagine that a hundred years ago, when phones first came out, people spent a lot of time debating when to call and what to say. Then when the Internet first appeared, people talked about things like trolling, spam and ALL CAPS. Now in the 2010s, Facebook has gone from a novelty to an everyday communication tool. As a thirty-something professional, when I meet someone new, it’s common to send a Facebook request. Most people agree on this. People disagree, however, on when. Personally, I like the “three times” rule.

This is a simple rule, and I’ve got some friends who are pretty adamant about it. Don’t add someone on Facebook until you’ve met them three times. This seems straightforward, but even still, there’s a lot of room for interpretation. For example, does it count if you don’t get a chance to talk? Does it count if you only say hello? Does it count if you were too drunk to remember? All of these complicate what should be a foolproof idea. Like all forms of human interaction, there’s always going to be some gray area. The “three times” rule is a good start, but in the end, common sense is the only rule you really need.