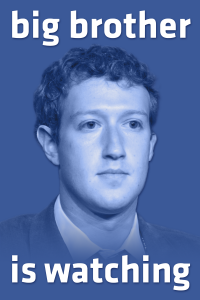 After years of rapid growth and bullish optimism, Facebook is having a bit of a rough patch. The stock has been on a downslide ever since its (overvalued) IPO, and a lot of current and former employees are cashing out their pre-IPO stock as quickly as they can. While I can’t say what will happen to the company, I can give them some constructive criticism (and maybe a bit of kvetching). Here now are five things I hate about Facebook.

Tagging friends in photos is a useful way to share your pictures, but it has a lot of downsides. It makes it very easy for compromising photos of you to be associated with you. This is true even if you’re not on Facebook. But that’s not the only downside to tagging. What I hate about Facebook is people tagging you in a photo that’s not actually of you. If Bob’s cousin, who I’ve never met, posts a picture of her baby and tags Bob in it, that picture appears on my news feed, even though both the cousin and her kid are total strangers to me. You also see this phenomenon a lot with motivational quotes, again from people I don’t know.

Most successful tech companies are guilty of feature creep. Adding one new feature to your product makes it more useful, but as you add more and more bells and whistles, the software becomes slower, clunkier and harder to use. This is true with traditional software programs like Microsoft Office, but it’s doubly annoying for web apps like Facebook. The problem is that Facebook is constantly adding features and rearranging things without a moment’s notice. Even if they add a feature you like, it might not be there next week, and it certainly won’t be in the same place. Such constant changes and feature creep create an interface that is frustrating and difficult to use.

Facebook conquered the world on the desktop. From the very beginning, it was designed to be used on a large and wide computer screen, with content in the middle and ads on the side. It was designed as a PHP-generated HTML website, not as an independent application. Therein lies the problem.

When smartphones started to take off, Facebook didn’t neglect the platform. But they didn’t make full use of it either. Instead they treated it as an adjunct to their desktop site. Years later, this is still the case. For example, I can’t create events from the iOS app or the mobile website. This is a feature that would be very useful to me. If I’m out with my friends and someone says “are you free on the 10th to do X?”, I can make an event right there at the bar and invite some people, instead of having to wait till I get home and risk forgetting it altogether.

Not being able to make events is annoying, but the worst aspect of the Facebook mobile app is that it’s slow and buggy. It updates at the speed of a snail even on WiFi, and crashes at random intervals. I can vouch for this in iOS, but my Android owning friends tell me it’s true on their phones as well. Facebook is well aware of this, and the new iOS version 5.0 is a little speedier, but they’ve still got a long way to go.

When Facebook came out with a new template for profiles called “Timeline”, I tried it out right away. At first glance I liked it, with it’s big banner across the top behind your actual profile pick. But then I started using the system, and discovered it has the most unintuitive interface since MS-DOS. It’s clunky and impossible to navigate. Plus it makes it even easier to share and even harder to manage your privacy. I know dozens of people who use it and no one who likes it.