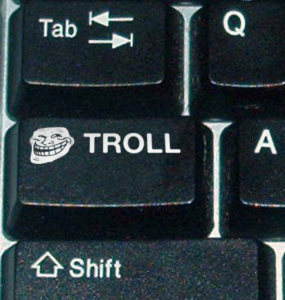 I’m not the first person to complain about this, and I certainly won’t be the last, but Caps Lock really needs to go. Since the advent of the Internet, typing in all caps has been a sign of screaming, anger, trolling and sheer laziness. In one way this is a blessing. The Caps Lock key often serves as a sort of “Scarlet Letter”. It helps mark idiots on the Internet, making them much easier to ignore. But as a writer, I still hate this key, mostly because of its placement right next to the letter A.

Seriously guys, can’t we move Caps Lock up to the top row of keys? At least there I wouldn’t hit it all of the time while typing. I’m sure there are utilities that could help me reassign it on my own computer, but this is the kind of thing that should be standard on any machine.

Sometimes I wonder if capital letters on their way out, anyway. There are plenty of languages that don’t use them. And with the advent of smart phones, typing capital letters is even harder than before. Perhaps one day caps will be limited to period fonts and antique signage. Until then, lets make it a little harder to type in all caps.