Muses for the Modern Age 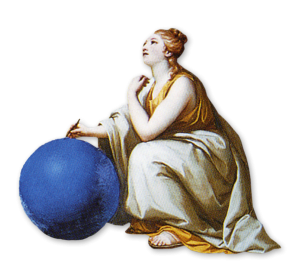 According to ancient mythology, there are Nine Muses that inspire all the forms of art and science. The Ancient Greeks believed that great ideas came down from the heavens. The muses brought these ideas to artists and scientists, who through divine inspiration, made these heavenly ideas real on earth. I’d like to believe that muses really exist, whether as Greco-Roman goddesses, Judeo-Christian angels, or simply Jungian archetypes. In any case, there’s a lot to be said about the personification of creative potential.

Muses are important, no doubt, but the world has changed a lot since ancient times. With so many arts and sciences nowadays, the Nine Muses of yore are not enough. But before we expand the pantheon. let’s look at the original Nine Muses and see how their roles have changed since the days of Ancient Greece. 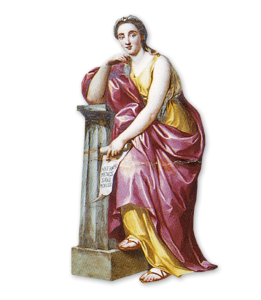 Calliope is the muse of epic poetry. She is usually depicted with a writing tablet. In the modern era, she represents epics of any kind, such as Harry Potter, Batman and Star Wars.

Clio, usually depicted with scrolls, is the muse of history. Today she would also represent documentaries, journalism and works of nonfiction in general. The modern Clio would carry a codex (a bound book) instead of a scroll.

Erato represents love poetry and is depicted with an ancient Greek musical instrument called a kithara. Today she would represent romantic comedies and love stories in general. She would also carry a guitar, the modern version of a kithara.

Euterpe is the muse of song and elegiac poetry. Traditionally depicted with an instrument called an aulos, today she would carry a flute.

Melpomene represents tragedy and carries a tragic mask. Her role has changed little in the last couple of millennia. 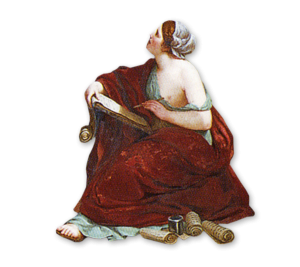 Polyhymnia, often seen with a veil and a pensive expression, is the muse of hymns and sacred writing. Today she would also represent theological and ecclesiastic works of art.

Terpsichore is the muse of dance. She originally carried a lyre, though today she would carry a more modern-looking harp.

Thalia represents comedy and carries a comic mask. Like Melpomene, her role has changed little since ancient times.

Urania traditionally represented astronomy and was depicted with a globe and compass. Today, she would represent all of the hard sciences: physics, astronomy, chemistry, etc.

These nine modern muses represent arts and sciences that aren’t covered by the original nine. 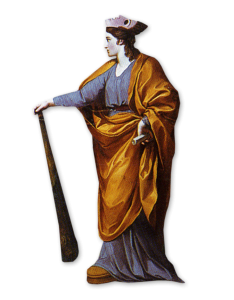 Caracaxa is the muse of Tweets, quotes, quips and one-liners, pretty much anything short and sweet. She was very influential in Ernest Hemingway’s writing and rules over Madison Avenue’s slogan and jingle writers. She is depicted with a small songbird on her shoulder.

Techne is the muse of painting, photography, and cinematography. She is seen with a paintbrush and palette.

Iconophilia is the muse of graphic design, calligraphy and typography. She also represents anyone who works in design and user interfaces. Iconophilia carries a pen and a t-square.

Polysteles represents sculpture, architecture and engineering. She carries a hammer and chisel. Polysteles inspires everything from bridges to statues to phone cases, pretty much anything concrete and three-dimensional.

Zoe is the goddess of biology and life sciences. She helps anyone working with the wonders of life, from a simple gardener to a geneticist working with amino acids and DNA. Zoe usually carries a hoe and a watering can.

Euphrenia represents psychology, anthropology and other social sciences. She carries a small trident in the shape of the Greek letter psi while sitting quietly and contemplating the depths of the human mind.

Abaxia is the muse of mathematics, logic and computer science. She is the primary inspiration for computer programmers and circuit designers. She carries an abacus.

Alexia is the muse of leadership and politics. She has inspired some of history’s greatest leaders, from wartime leaders like Abraham Lincoln and Winston Churchill, to pacifists like Mahatma Gandhi and Martin Luther King, Jr. Alexia carries a staff topped with a golden orb that represents the power of Apollo.

Emporia represents business, commerce and economics. Often seen carrying a small bag of gold, she has inspired everyone capitalists and communists alike, from John D. Rockefeller to Karl Marx.

A Committee of Muses

You may notice that there’s no dedicated muse for TV or movies or radio shows. That’s because the media’s not as important as the content. Let’s take Star Wars as an example. The plot falls under the domain of Calliope. Meanwhile the visual effects draw inspiration from Techne while John William’s monumental score comes from Euterpe. An idea as big as Star Wars has many inspirations and many muses.

If muses exist, as anything more than neurochemical functions in our brains, there are probably millions, if not billions of them. But as far as general categories go, I think this is a good start. Is there anything I missed? Are there any fields of art or science or technology that the above muses don’t cover? If you can think of anything, let me know in the comments section.