Stick figures are one of the simplest forms of art imaginable, but there is a lot of history and meaning behind the simple stick man. Throughout the ages, these minimal line drawings have had a whole host of meanings. They can come in many different styles for many different purposes. And while there are far too many stick men to name, we can pick out a few interesting examples. Here are my top five picks: 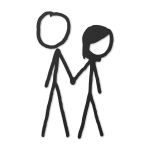 xkcd is a webcomic by former NASA scientist Randall Munroe. Touted as “A webcomic of romance, sarcasm, math, and language”, xkcd is known for its highbrow geeky jokes, as well as the occasional map or infographic. Most of Munroe’s comics feature (mostly) nameless, faceless stick figures. But even amidst this rudimentary artwork, there is a cast of recurring characters: an Everyman stick figure protagonist, a stringy haired heroine named Megan, a black-hatted villain and more. 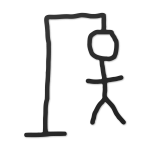 Unless you grew up in a cave, you probably played hangman as a kid. Hangman is a straightforward guessing game in which you guess the letters of a secret word. For each wrong guess, your opponent draws a stick figure body part, hanging from a simplified gallows. Hangman was always one of my favorite games. We used to play it all the time on the placemats at Steak ‘n Shake. But because my sister and I liked guessing games, we would keep adding to the hangman until the word was guessed, adding hands and feet until there was hardly any stick man left. 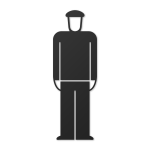 Unless you’re a graphic designer or a philosopher in 1930s Vienna, you’re probably never heard of Isotype. Basically, Isotype is a systematic series of pictograms created by a designer named Otto Neurath. Neurath wanted to create a universal system of communication, free of the constraints of verbal language. Along the way, he invented modern infographics, all based on a simple stick figure. 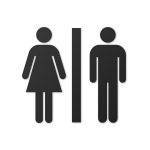 Walk around any airport, hospital or college today, and you’ll see pictograms leading you to the nearest restroom or exit. The idea of using stick figures for navigation is one that predates history, but it was only in the 1970s that designers at the American Institute for the Graphic Arts (AIGA) sat down and formalized a standard system of symbols, helping you find the nearest restroom, water closet or toilet anywhere in the world. 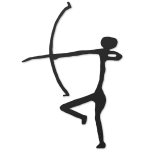 Stick figures have been around for time immemorial. Along with line drawings of animals, stick men are the oldest known form of art. They exist in petroglyphs around the world, but the oldest lie within Spain and France. These Paleolithic drawings show just how smart our ancestors were. People think of stick figures as crude, but in fact, the opposite is true. It takes a lot of brainpower to take a complex organism and represent it with just a few lines. These ancient stick figures show us a Cro-Magnon gift for abstract thinking, one that persists to this day.

The humble stick man is a powerful symbol, the simplest abstraction of what it is to be human. Next time you see a crudely drawn humanoid figure, remember that such a design represents the infinite versatility of the human mind.