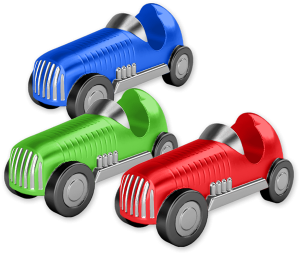 Monopoly was my favorite game growing up. I started playing it before I was old enough to really understand it. As did my little sister. Once, when we were still both pretty young, I convinced her to exchange her ugly orange $500 bills for “pretty” pink fives. She got her revenge later on, though, when she figured out how to beat me fair and square. I haven’t won many games since.

Our Monopoly set was a conglomeration of two or three different sets. The money barely fit in the tray and we had almost two complete collections of tokens. That way, my sister and I could both be the “car”. Even still, we fought over which car we wanted to be. We both wanted to use the car token that was painted black, not the one that was in its natural pewter.

My favorite memories of Monopoly come from New Years Eve. NYE Monopoly was cherished tradition growing up. It was the one time a year when my whole family would play. My father the lawyer would negotiate complicated arrangements like “I’ll give you three free passes on Boardwalk if you give me two passes on Marvin Gardens, $200 and a ‘Get Out of Jail Free’ card.” Inevitably my dad would take the lead, only to get bored around 11. Then he’d parcel is money out to the person in last place, keeping the game going for an hour more. After midnight, we would count our winnings and declare a winner before heading to bed.

Even in college, I loved to go back home and play Monopoly with my family. It’s one of the simple pleasures in life, and one of my fondest memories of growing up in a loving family.