A Train Ride to Springfield, Illinois 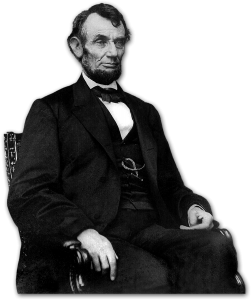 When I was eleven years old, we lived on a farm in rural Illinois. My dad worked for a law firm in Missouri, and one day he had to drive up to Springfield, Illinois on business. He drove an old rusty-red Volkswagen. Nowadays it would be considered an antique, but back then, it was just plain old. And so, as old cars always do, it broke down while he was out of town. He had to take it to mechanic in Springfield and take the train back home.

Friday afternoon, the mechanic called and said the car was ready. My mom had to work the next day, so my dad decided to take me on my first-ever train ride. Saturday morning, We got up early and went to Union Station in St. Louis. The thing that I most remember was crossing the Mighty Mississippi the rusty old MacArthur Bridge. I was walking from one car to another while the train pulled along at a good clip, and the connectors between the cars didn’t line up. So as I crossed the little rubber hallway between two cars, I glanced down and saw the muddy waters of the Mississippi three hundred feet beneath me.

Seeing the muddy Mississippi below my feet was frightening, but not terrifying. I new that there was no way I could fall in the river, though my heart was racing anyway. Unfortunately, the train didn’t keep racing. Almost as soon as we got to Illinois, the train slowed to a crawl. Then it stopped. We sat for half-an-hour before moving again. Even then the train went slowly. Not once did we attain the speed we had over the river. Instead it was stop-and-go all the way to Springfield. At least they had a diner car that we could visit. It felt good to stretch my legs over the six-hour ride.

To this day, I remember the trip to Springfield better than I remember the city itself. I remember looking at a handwritten draft of the Gettysburg Address, but other than that, the rest of the time was a blur. The thing that stands out most was the trip across that rusty old bridge. It still stands, just downriver from the overburdened Poplar Street Bridge. Perhaps right now, some little kid is crossing that bridge on an Amtrak train, having the same experience I had 20-plus years ago.