Greetings From Springfield: A Postcard 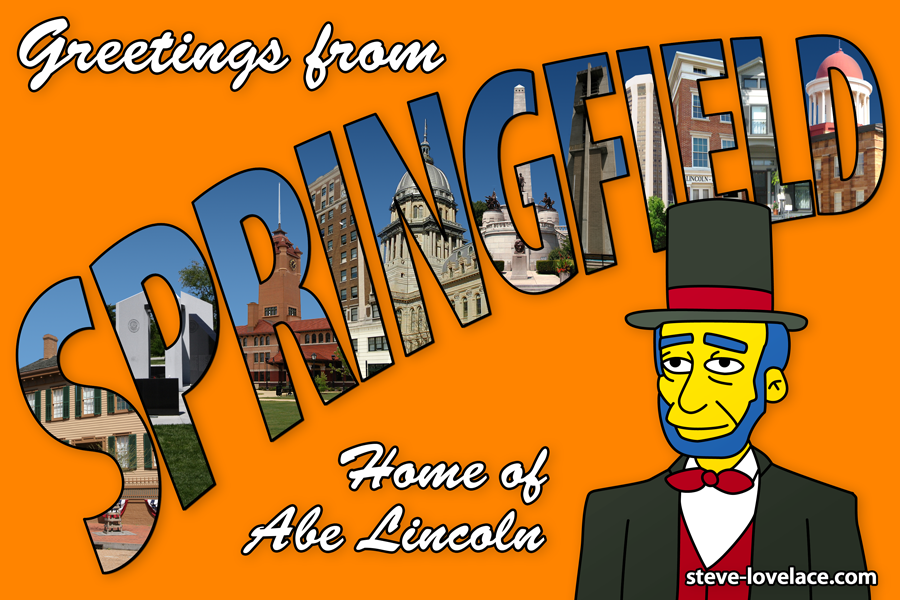 While writing a recent article about a childhood trip to Springfield, Illinois, I had an idea for a postcard. I was originally going to include it in the article itself, but as sometimes happens, the Springfield postcard project took on a life of its own. After spending a couple of hours playing around in Photoshop, I decided that this image needed its own blog post. And so, here is the finished product, complete with a Simpsonsesque drawing of Abraham Lincoln. (I know that Matt Groening recently revealed that Springfield is in Oregon, but to me, Springfield, Illinois is the true Springfield.) As for the landmarks within the letters:

I’ve always liked the look of old fashioned postcards with buildings in the letters. I’d love to do another city in the same vein as this Springfield postcard. What city do you think I should do next? I’m thinking my adopted home of Dallas, Texas. Do you have anywhere else in mind? Let me know in the comment section.