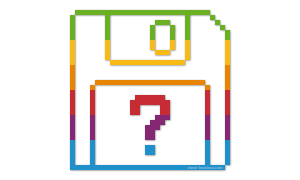 I’ve been a computer nerd for most of my life, and while it’s easy to get nostalgic about vintage computers, it’s also good to remember just how far we’ve come. A few months ago, I talked about software I don’t miss. Now let’s take a look at some of the old computer hardware that I’m glad to see gone.

SCSI was a way to connect peripherals to your computer; a spiritual forerunner to modern USB devices. Most people pronounced SCSI as “scuzzy”. A few geeks tried to pronounce it “sexy”, but the technology was far too frustrating to be sexy. What made SCSI suck? First off, the plugs were enormous, even by the standards of the day. Each plug was about 3 inches wide and 3/8″ tall. The plugs were so big, in fact, that they had metal latches in either side just to hold the plug in place. But this wasn’t the worst thing about SCSI. Like many other kinds of old computer hardware, SCSI didn’t play well with multiple devices.

Computers generally had only one SCSI port, so if you had more than one device, you would have to chain them together. Since most peripherals had an “in” and an “out” port, this wasn’t a problem, but it did make setting your computer more complicated. Then you’d have to “terminate” the SCSI chain. This meant that you would have to buy a separate SCSI terminator, which looked like a plug with no cord, and plug it into the last device on the chain. Even if you had just one peripheral, like a single scanner, you had to terminate your SCSI chain, or things just wouldn’t work right. Nowadays we just plug in a USB device without a second thought, or we make it work wirelessly. SCSI seems laughable by modern standards.

I came into computing toward the end of DIP switches, but I remember having to deal with them once or twice. Basically, they were a set of (usually eight) tiny plastic switches mounted on a circuit board. You could flip the switches to various settings to configure new hardware for your computer. Back in those days, where you were installing a new graphics card or floppy drive into your computer, the machine wouldn’t automatically recognize it. Instead you had to deal with DIP switches.

Whenever you installed a new piece of hardware back then, you had to look at the manual and flip the DIP switches in a certain configuration. Sometimes it would take a few tries before you got it to work. And those switches were not easy to flip. They were small and close together, so it was hard even to get the right switch without flipping the neighboring switches as well. By the mid-1990s, most computers could configure new hardware without any DIP switches. Again, it’s a miracle how you can just plug a new computer component in and have it work even half the time.

Floppy disks were easier to use than SCSI peripherals or DIP switches, but unlike those, you had to use them everyday. People forget what it was like to use a computer without a hard drive. First you had to boot the computer from a “boot disk” containing the operating system. Then you had to load the the application you wanted to use from a second floppy before saving your files on a third. If you wanted to use a different app, you had to do it all over again. And God help you if you only had one floppy drive. Copying a file from one disk to another required you to switch back and forth between two disks as the operating system copied tiny little packets of data into and out of its limited RAM. This led to a phenomenon known as disk swapper’s elbow.

Floppies in the 21st Century

By the time the 1990s rolled around, floppy disks became less of a nuisance. Most people had hard drives by then, and floppies became a simple and convenient way to transfer files. But by the turn of the century, floppy disks were a pain in the ass once more. Files from the early 2000s were often too big to fit on floppies, and the disks were painfully slow by 21st century standards. The problem was, USB devices were too primitive, Internet connections were too slow, and there was no clear successor to the standard 3.5 inch floppy. Eventually, time killed off the technology entirely. But for the bulk of my college years, floppy disks were one of the most annoying computer technologies on the planet.

Are there any types of old computer hardware that drove you crazy back in the day? Let me know in the comment section.