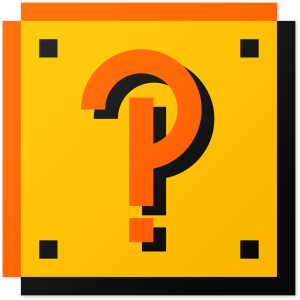 Punctuation marks are a fairly modern phenomenon. From antiquity up through the Middle Ages, words were written together in great long strings, with little spacing or punctuation. These kind of texts were meant to be read aloud, so much so that St. Ambrose of Milan was noted for his ability to read with his mouth closed. A millennium later, the invention of the printing press led to an explosion in silent reading. This was made possible by punctuation, periods and commas and quotation marks that allow readers to gather the proper cadence and intonation of a text, without sounding out the words aloud. But as with the letters of the alphabet, not every punctuation mark made the cut. Here now are some odd punctuation marks, symbols you won’t find on your standard keyboard.

Putting a space between words seems like a no-brainer, but it’s actually a relatively new idea. Back in antiquity, they either mushed all of their words together, or used a symbol called an interpunct (·). Looking like a raised period, the interpunct is still occasionally used as a multiplication sign. You can also find it in the Catalan language, where it’s used to distinguish a double L (as in goril·la) from an LL (as in tortilla). In British English, it can be used a decimal point, though the American custom of using a period has made this form obsolete.

You’ve probably seen this mark before, even if you’re not familiar with its name. Looking like a filled-in backward P, the pilcrow (¶) is used to mark new paragraphs. Despite looking like a P, it is actually derived from the letter C, as it was originally used to mark a new chapter (in Latin, capitulum.)

The index mark (☞) looks like a hand pointing its index finger (hence the name). Used to point out important passages in a text, the index sign blurred the line between pictogram and punctuation. It was used extensively in the moveable type era, but as a very detailed and very “wide” symbol, it didn’t work well in the age of the invention of typewriters and text-mode computers made it difficult to duplicate. Whether it will reemerge as an emoji/emoticon remains to be seen.

If three periods make an ellipsis, three asterisks make an asterism (⁂). Asterisms are used to indicate a break between passages of text. This is another symbol that was killed off in the age of typewriters, though you sometimes see it in books rendered as three spaced out asterisk symbols ( *   *   * ).

Resembling an ivy leaf, the fleuron (❧) is used to denote a new paragraph. But unlike the pilcrow, it’s meant to be decorative. Fleurons are often used nowadays for bullet points or decorative borders. As a graphic designer and typography geek, I must say that the fleuron is one of my favorite glyphs.

There are many antiquated punctuation marks that have fallen out of use, but there are also upstarts. These proposed punctuation marks have yet to catch on. Of all the proposals out there, the interrobang (‽) is the most famous. It’s a cross between a question mark and an exclamation point, used to denote shock or bemusement. I’m a big fan of the interrobang, and I set up my phone to change “?!” into “‽”.

There are plenty of other odd punctuation marks out there, both new and old, but these are my favorites. Do you know of any odd symbols or punctuation marks I should have included? If so, please let me know in the comment section.