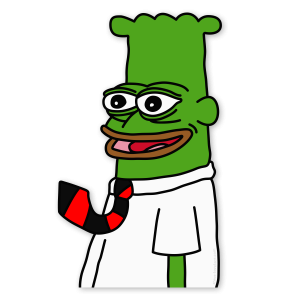 I was a big fan of “Dilbert” as a teenager. With its minimalist artwork and focus on office and technology jokes, it was utterly unlike the other comics in the newspaper. Soon I found out that “Dilbert” comic creator Scott Adams had other books as well. I became a big fan of all of Adams’ work. I really looked up to him as a writer and artist, but years later I discovered he wasn’t the hero I was looking for.

“Dilbert” really stood out in the 1990s, both in terms of its crude artwork and its dry humor. (This was well before “xkcd” and other stick figure style comics.) “Dilbert” helped me realize that I didn’t have to be a super-talented visual artist to create a humorous comic strip. It showed me there was a market for intellectual humor. I was inspired. During my freshman year of college, I emailed Scott Adams asking for advice on how to be a cartoonist. He responded with advice on how to get started and what supplies to use, etc. I could tell it was boilerplate, but in the days before Twitter, I thought it was cool that I could email a “celebrity.” And while my career as a comic artist didn’t pan out, I’m glad I tried.

In college, I discovered Scott Adams’ nonfiction books. These were semi-serious management books with interspersed “Dilbert” comics. My favorite of these was The Dilbert Future, a book where Adams made predictions about the future of the workplace and society as a whole. But what really attracted me was the chapter at the end of the second edition. It outlined Adams’ strategy of Affirmations, writing down your goal fifteen times a day until you got what you wanted. It was a seductive idea to a young and ambitious college student, and I did affirmations for years before dismissing it as New Age crap.

My interest in “Dilbert” and Scott Adams waned after college. I gave up trying to publish a comic strip, and eventually I stopped reading physical newspapers altogether. Meanwhile, I heard some things through the grapevine about Adams. I read about him using sock puppets in an online forum, a big no-no but not unforgivable. Then I heard about his stand as a Men’s Right Advocate, something I entirely disagree with. But the coup de grâce came in 2016, when Scott Adams came out as an Alt-Right supporter. As the election got more heated, I started looking Adams’ nonfiction books on my shelf. Their mere presence bugged me, so I took them to the bookstore and sold them for a quarter a piece.

After the election, I realized the danger of isolating yourself in an intellectual bubble. I think it’s good to read things from people you disagree with. But that doesn’t mean I want to read everything the man writes down. Between his thoughts on gender relations, his opinions on the current administration and his reliance on New Age philosophy, I’ve simply lost any interest in what Scott Adams has to say. I don’t view him as a villain, but he’s certainly no longer my hero.

Do you have a former hero? Someone you used to look up to, but don’t any longer? If so, let me know your story in the comment section.