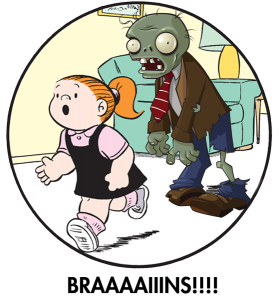 One day, I was at Starbucks, sitting next to a basket of newspapers. I saw the comics section and pulled it out. It was my first time reading the comics page in a year or two. It was exactly the same as ever. Of all of the art forms out there, comic strips are the most stagnant. The comics page has changed very little in my lifetime. In an age where even long-running soap operas like “All My Children” can be cancelled, Peanuts has managed to stay on the comics page a decade after Charles Schultz’s death. As much as I loved Snoopy and Charlie Brown as a kid, the newspapers really need to give Peanuts and other “zombie comics” a rest and make some room for younger artists.

There are two reasons why the newspaper comics page is so static. The first reason, and the more obvious one, is that newspapers are dying. As younger generations turn away from old media, the newspapers are left with an increasingly older readership. This has caused them to “double down” on the old ways. It makes sense, at least in the short term. Older readers want to read the same comics they did in their youth, so if the editors shake things up too much, they’ll risk alienating their readers. Of course, by never changing anything, they’re not doing anything to attract new readers. It seems like the old-school newspaper editors are damned if they do and damned if they don’t.

This theory explains the more recent decline in newspaper readership, but it still doesn’t fully explain the comics page stagnation. Even in better times, comic strips were impervious to change. Why? Because the comics are a counterweight to the news. The news is dynamic and depressing. Change is always a scary proposition, and newspapers have a tendency to go with the “if it bleeds, it leads” maxim. That’s why the comics are so consistent. No matter how bad the economy gets, no matter how many wars are raging across the Middle East, Garfield will be there, worrying about nothing worse than the occasional Monday.

I don’t think there’s a surefire way to save the comics page. Comic strips as an art form will survive, but in a world of website and mobile apps, they will have to evolve and adapt. Webcomics like xkcd and Saturday Morning Breakfast Cereal will be grouped together with some of the more popular paper comics. In the end, the fall of the newspapers will do wonders for the world of comic strips.