A Trip to the World Bank 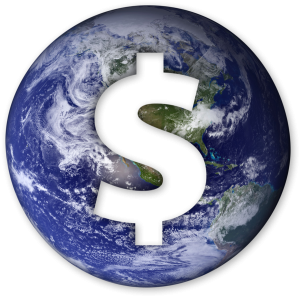 It all started with the commencement ceremony in May 2000. The keynote speaker was James Wolfensohn, president of the World Bank, an international agency that provides loans to developing countries. Our normally apathetic campus swarmed with protestors. These protestors opposed the World Bank’s meddling in international affairs. They made a lot of fine and nuanced points, but the only one that stuck in my mind was the much-graffitied slogan “Spank the Bank”. Yet despite the silly slogan, the protestors must have had an effect on James Wolfensohn. He invited the student government to send a delegation to Washington, DC to see the workings of the World Bank for themselves. As one of the Academic Assembly’s more active members, I got to be a part of this delegation.

It was a long drive to get there. We drove overnight, and in the wee hours of the morning, the Pennsylvania Turnpike belongs to the truckers. There were large convoys of them all the way, making the steep hills and ought curves even scarier than usual. Thankfully, we made it to DC in one piece. After a few wrong turns, we ended up at our hotel. I don’t recall the name of the place, but I certainly remember the brass sign on the door that said “No Vacancy”.

This was not an ordinary hotel. It was only for those conducting business at the World Bank or International Monetary Fund. It wasn’t the poshest hotel I’ve seen, but it was nicer than the places I was used to. Unfortunately, I didn’t sleep very well, due mostly to the jackhammers operating out on the street. Evidently, the district government didn’t want to disrupt morning traffic on Pennsylvania Avenue, so they repaved the street at night.

We walked over to the World Bank Building the next morning. It was an impressive building: 13 stories tall and made up of cloudy white glass. Inside the atrium was a small waterfall and an overhang that allowed daylight to shine down to the basement. Almost everything in the building was glass, allowing light to permeate the entire edifice. In hindsight, the architecture impressed me more than with the economics. It would be years before I switched from politics to design.

We spent the day in meeting learning about the World Bank’s role in international development. From what I could tell, the World Bank did a great job in rebuilding Europe after World War II. However, it’s been a mixed bag ever since. I’d had mixed feelings about the bank before the visit, and the more I learned, the more mixed-up I felt. I certainly felt less sympathy for the people holding the “Spank the Bank” signs, but I wasn’t ready to drink the World Bank Kool-Aid either.

The truth of the matter is, international economic development can be a tool for good or for evil, and since every country and every development loan is different, there’s simply no easy answer. That’s what I learned at the World Bank. That, and staying in a fancy hotel and eating rich food while discussing third-world poverty can be quite disconcerting. Visiting the World Bank sure made me feel lucky to have grown up in America.