The Pontiff: Older Than Jesus 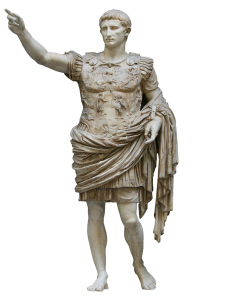 Everyone knows the Pope is old, but so is the office. The Papacy traces its roots back to St. Peter himself, but it turns out the institute is even older than that. In fact, it’s been around at least eight centuries before Jesus. Sometimes you’ll see the Pope referred to as the Pontiff. Mostly it’s a way for journalists to show off their mad vocabulary skills. But the title “Supreme Pontiff” comes from the Latin “Pontifex Maximus“, which was the title of the head of the Roman state religion.

If you’ve ever seen any of the ruins in Europe, you’ll know that the Romans had a thing for architecture. In fact, they liked building things so much that the head of their religion was called the “Master Bridge Builder”. From the days of the semi-mythical Kings of Rome, the Pontiffs led the tributes and sacrifices to Jupiter and his buddies up on Mount Olympus.

It was good work if you could get it, but when the Roman Empire switched from paganism to Christianity, the Roman Pontiffs had to change with the times. Since it was easier than going back to building bridges, they became the head of the Christian Church. Two millennia later, the Pope still uses this title, perhaps the only title on earth in use for 3,000 years.