While I’ve lived in Dallas for almost a decade, I’ve only been to Denton on a handful of occasions. Denton is a medium-sized city an hour north of Dallas and Fort Worth. It’s a big college town, home to both North Texas University and Texas Women’s University. Unlike Dallas, Denton hasn’t completely razed all its cool old buildings. Walking through Denton Square on a sunny April afternoon, I felt like Marty McFly walking around in 1955. 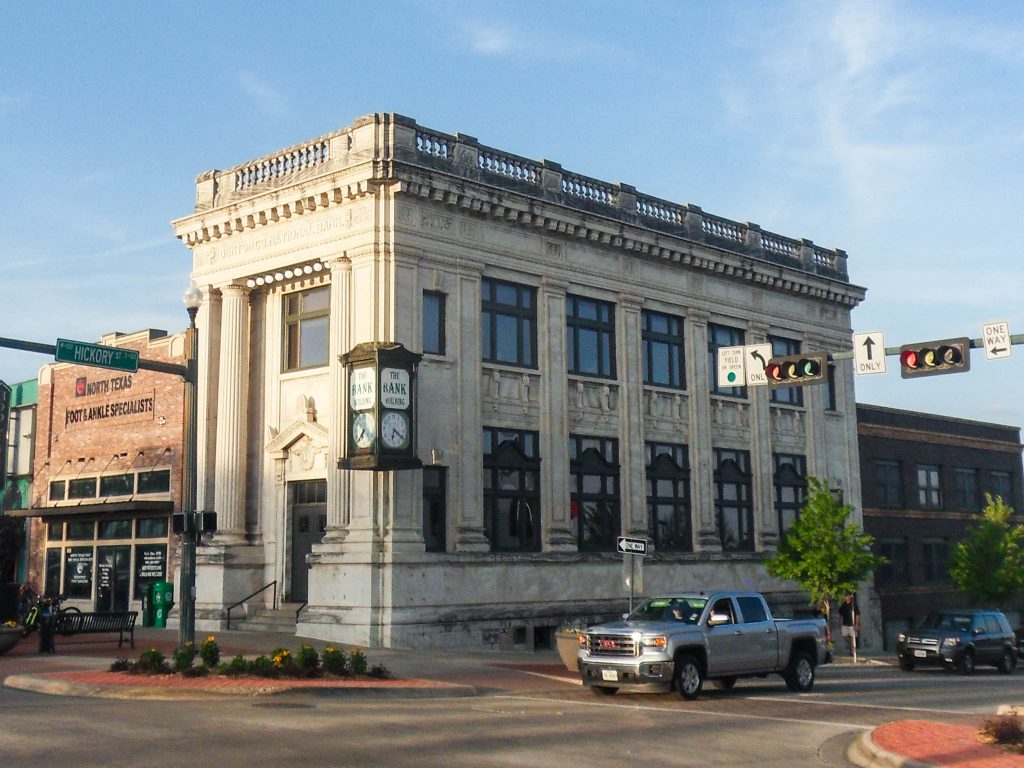 I love this old bank building, done in a Beaux Arts architectural style 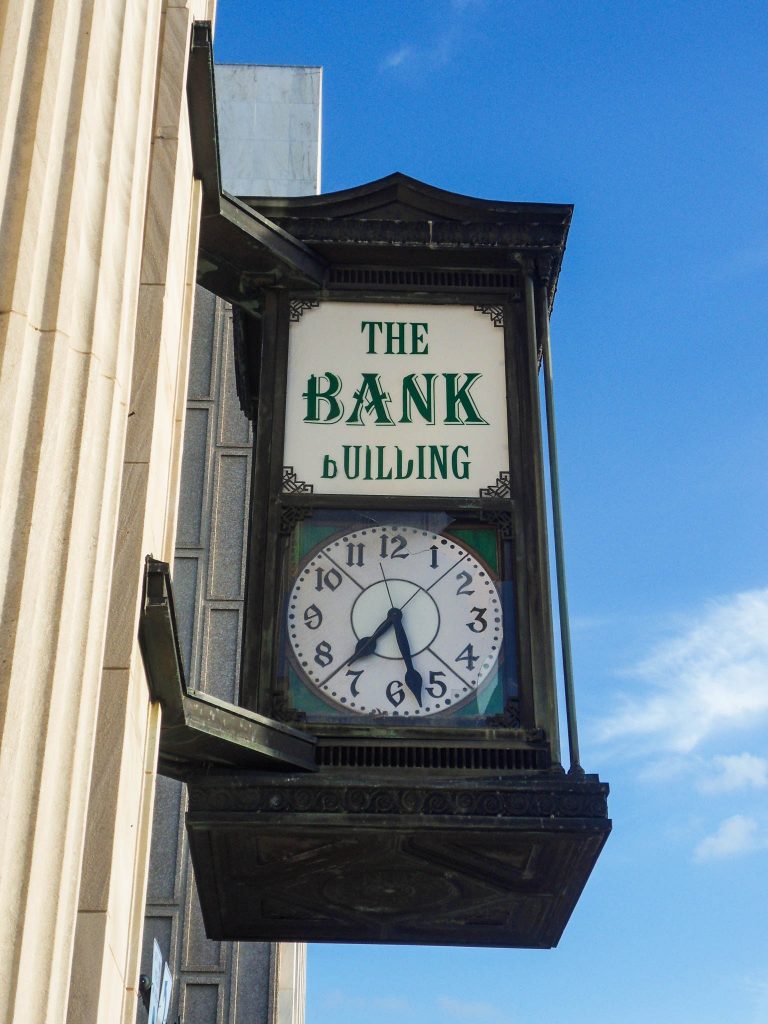 The old bank building also has this awesome clock on the corner. 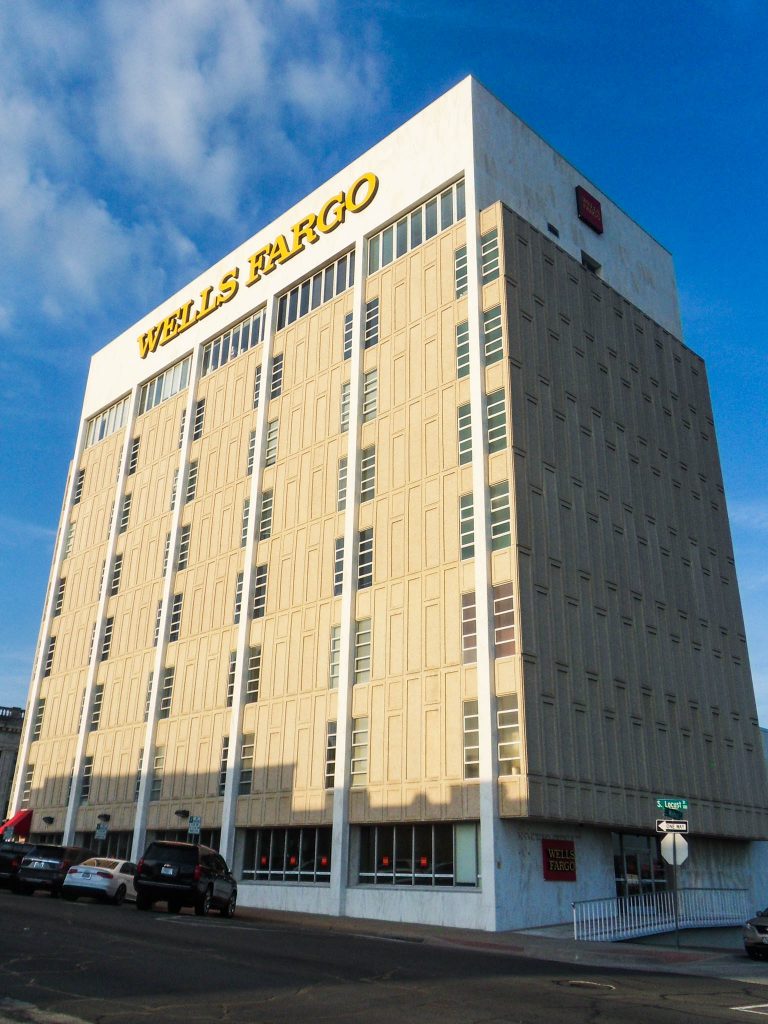 Right across the street from the old bank building is a Mid-Century Modern bank tower. It’s ugly but I still kind of like it. 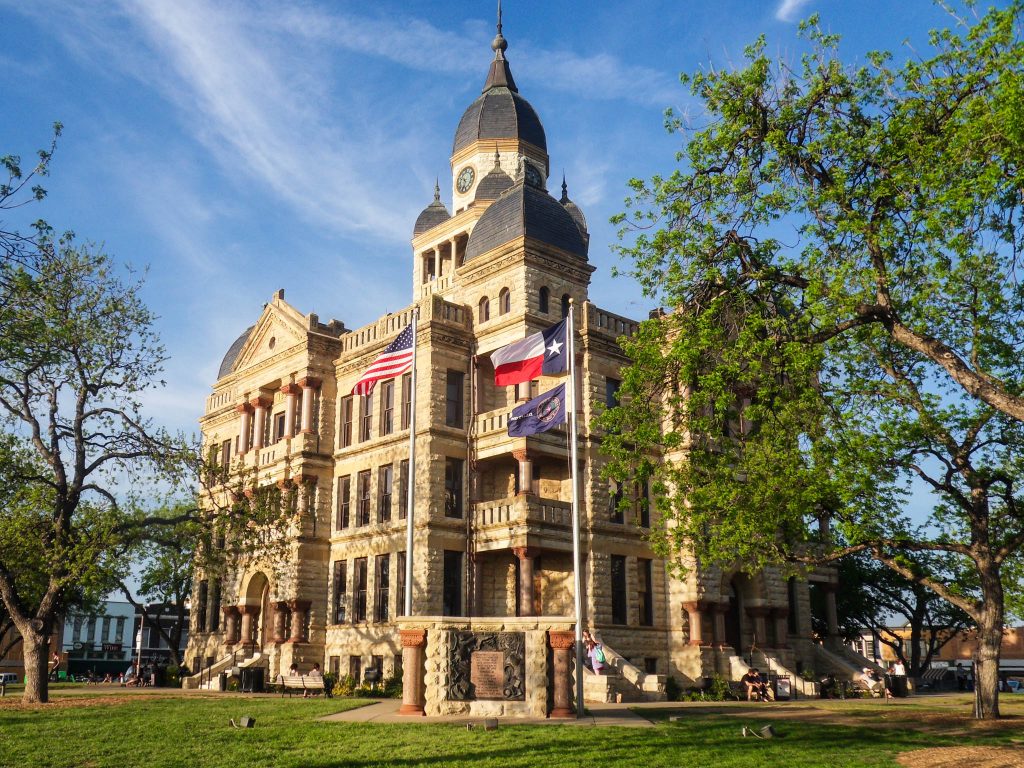 Denton County Courthouse. I love the way the setting sun reflects off of the limestone. 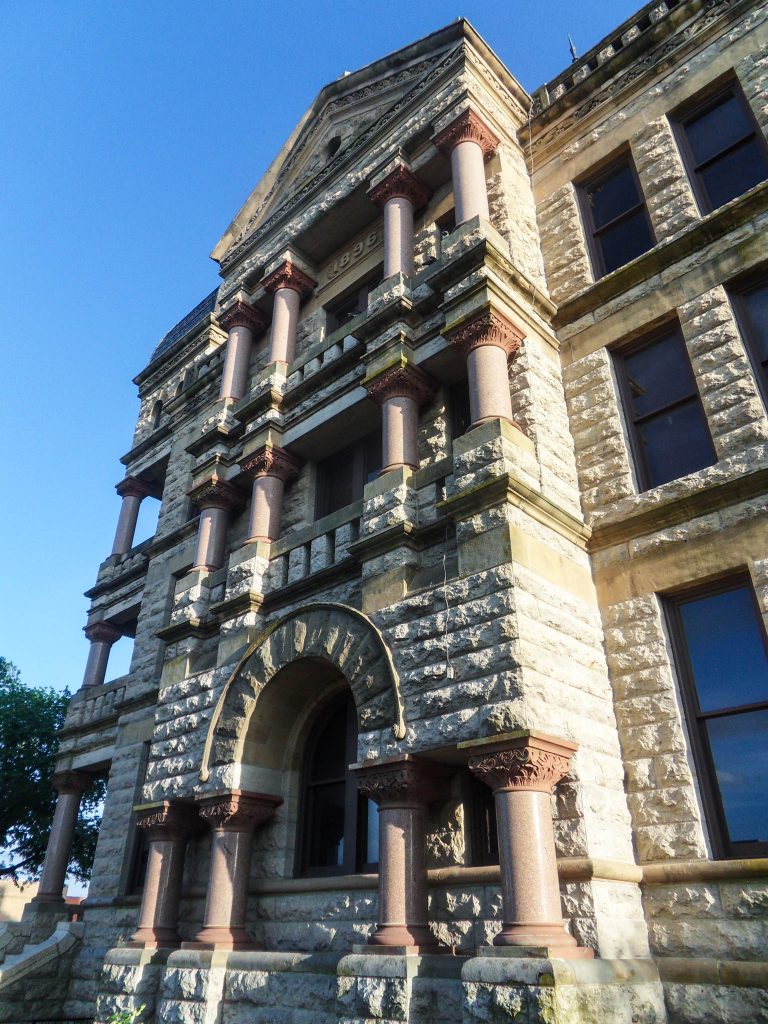 The back of the Denton County Courthouse. 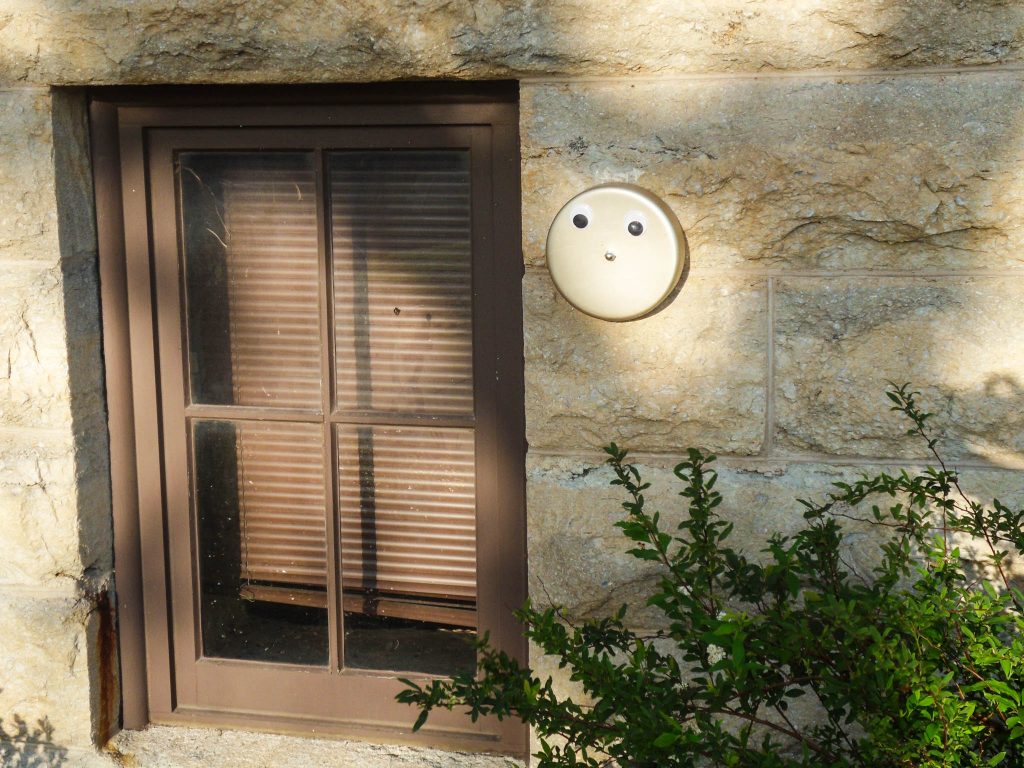 I love that someone stuck googly eyes on the side of the courthouse. 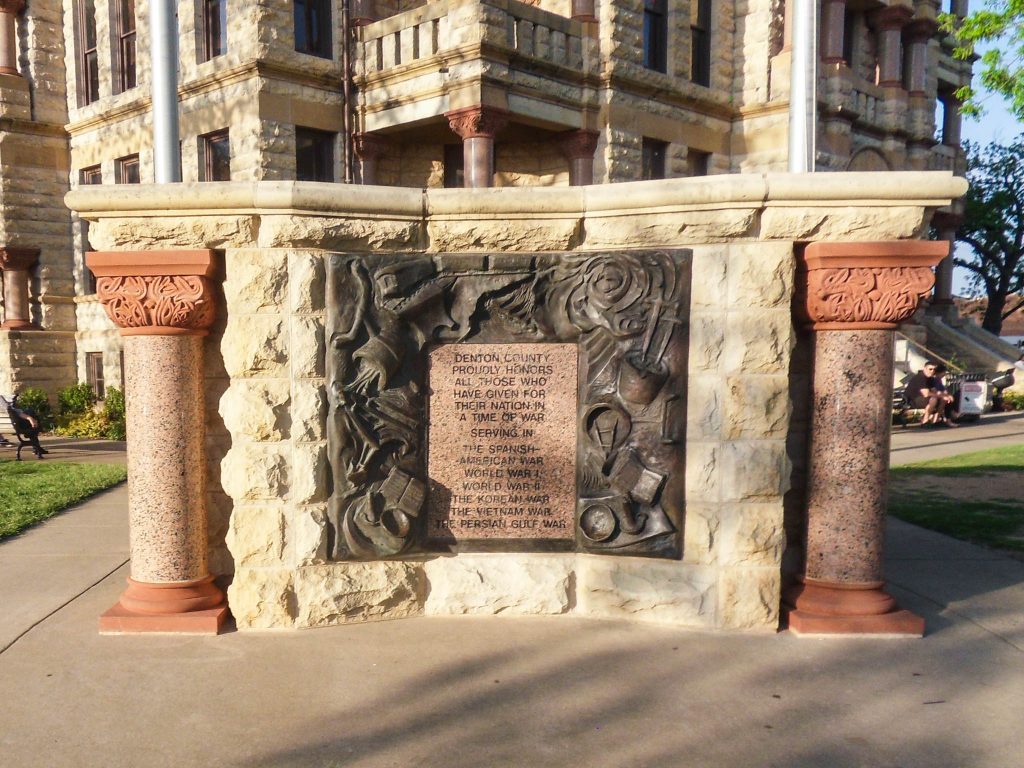 A memorial to all the major US wars (up to the turn of the 21st century.) 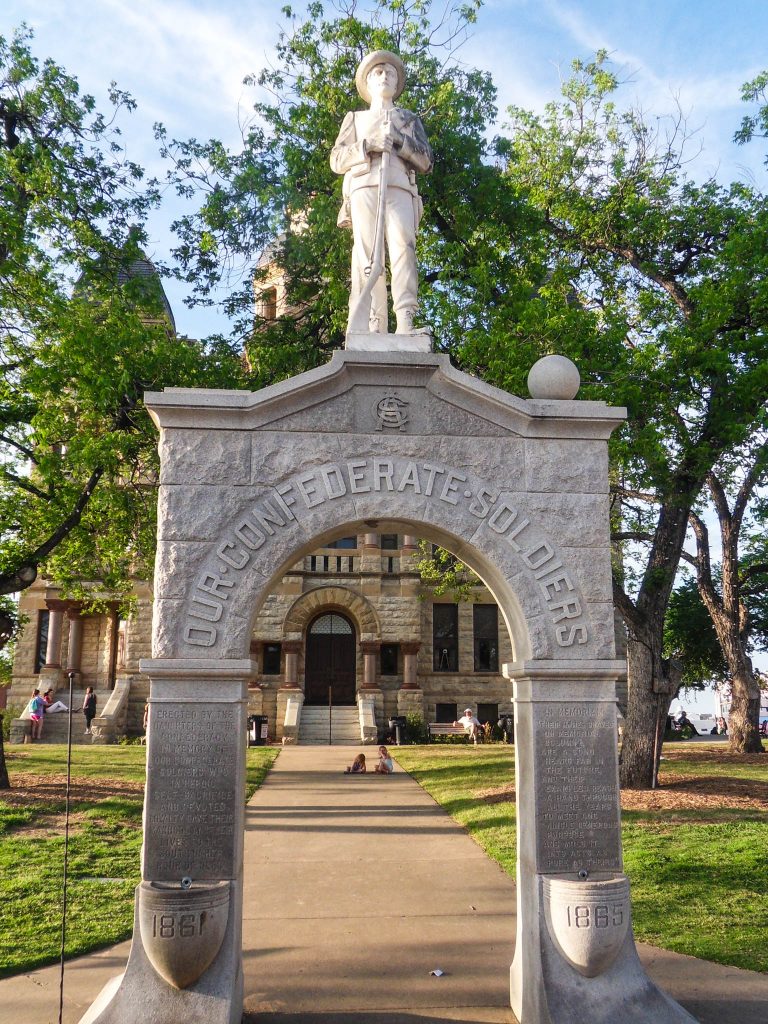 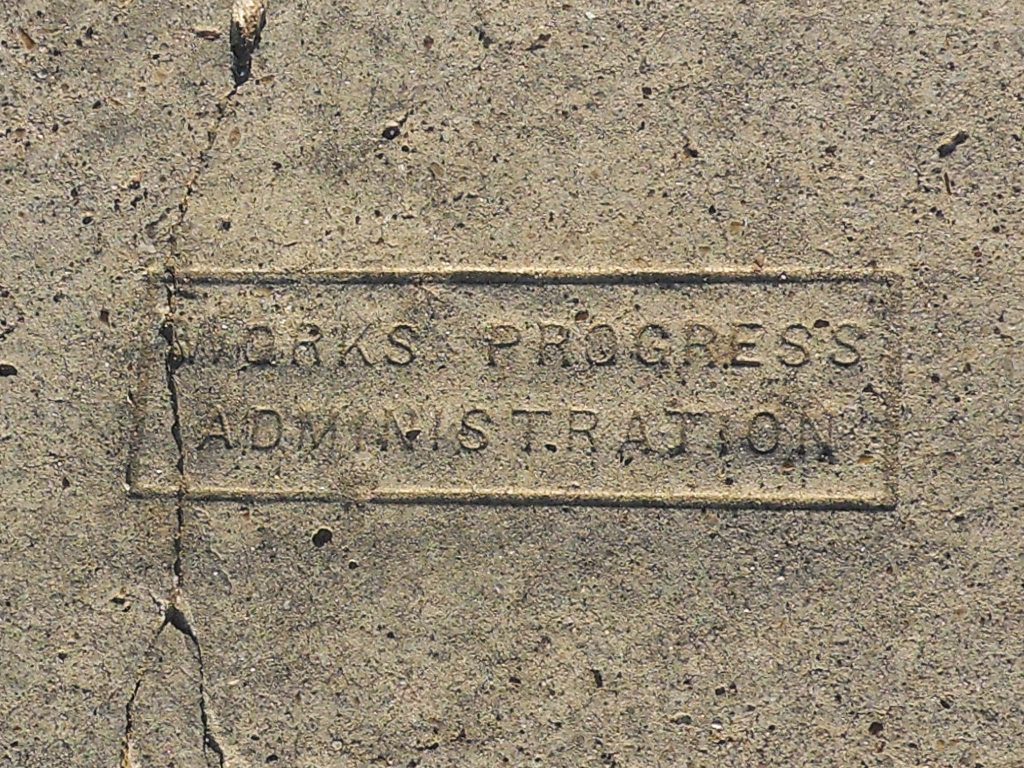 The square itself is a bit of a time capsule, complete with New Deal era sidewalks. 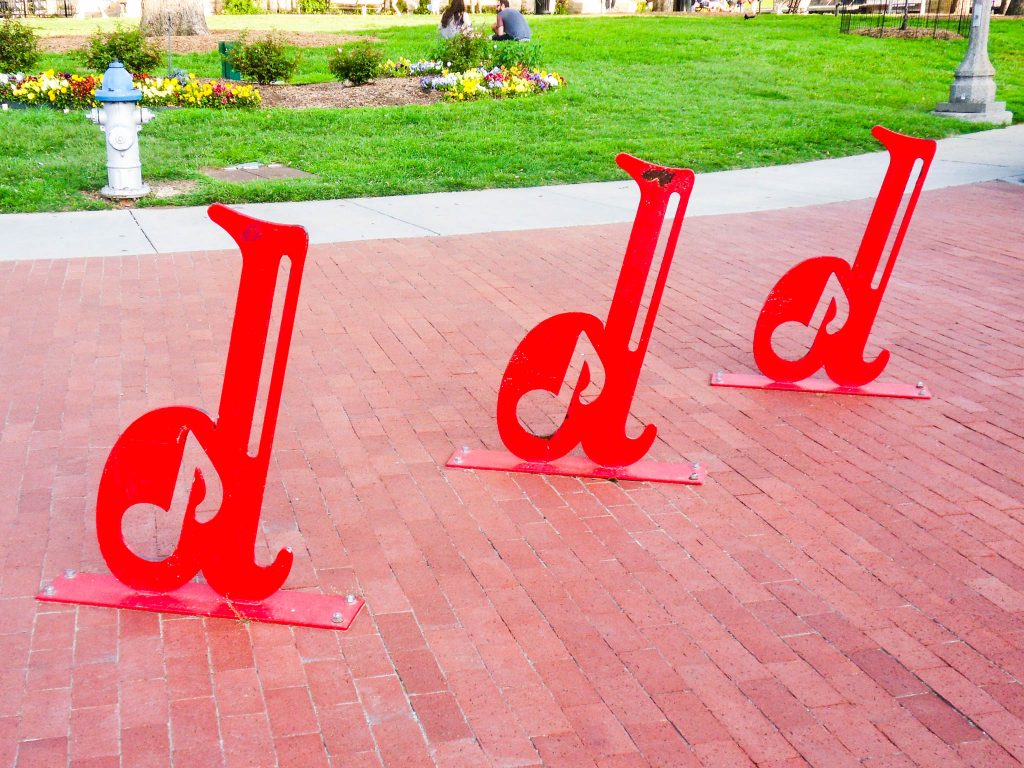 I’m not sure if these are bike racks or just little sculptures, but I like them. 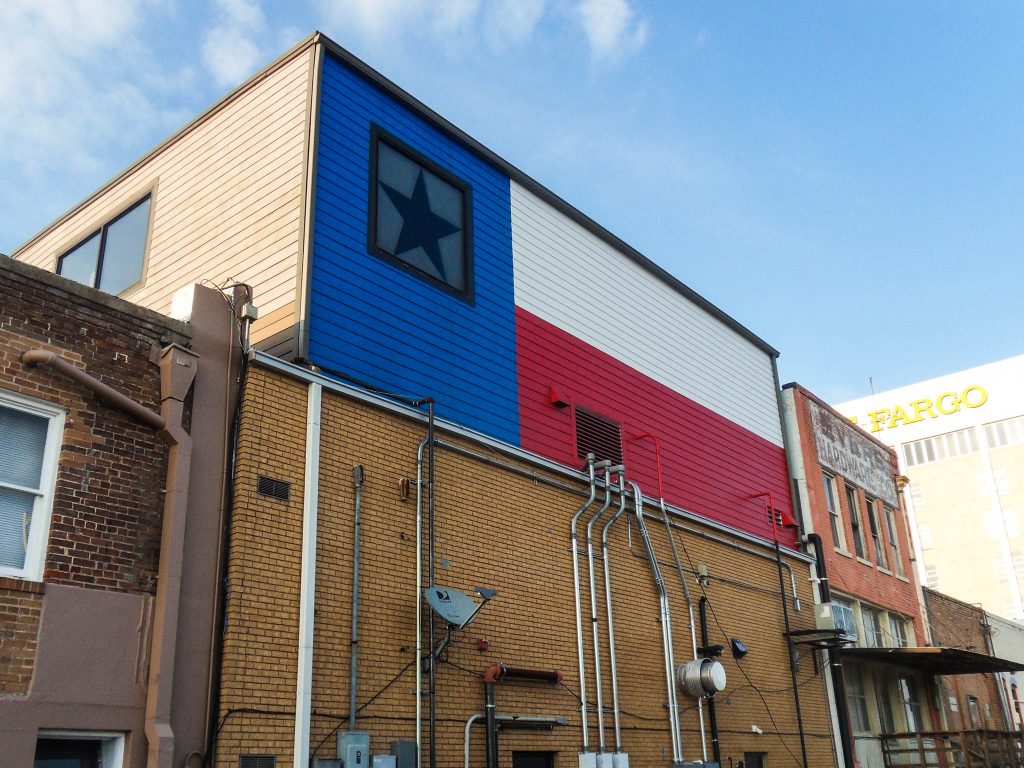 On the back of one of the buildings is this big Texas Flag, with a star in the window. 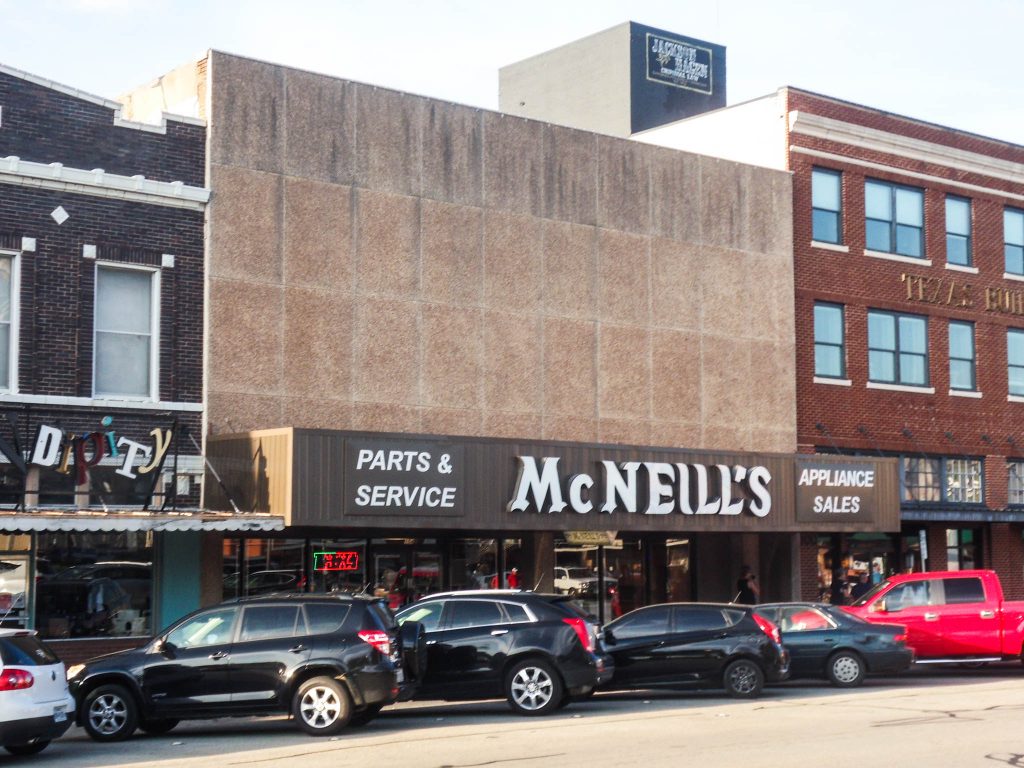 Denton has a lot of mid-20th century architecture, not all of which is attractive. 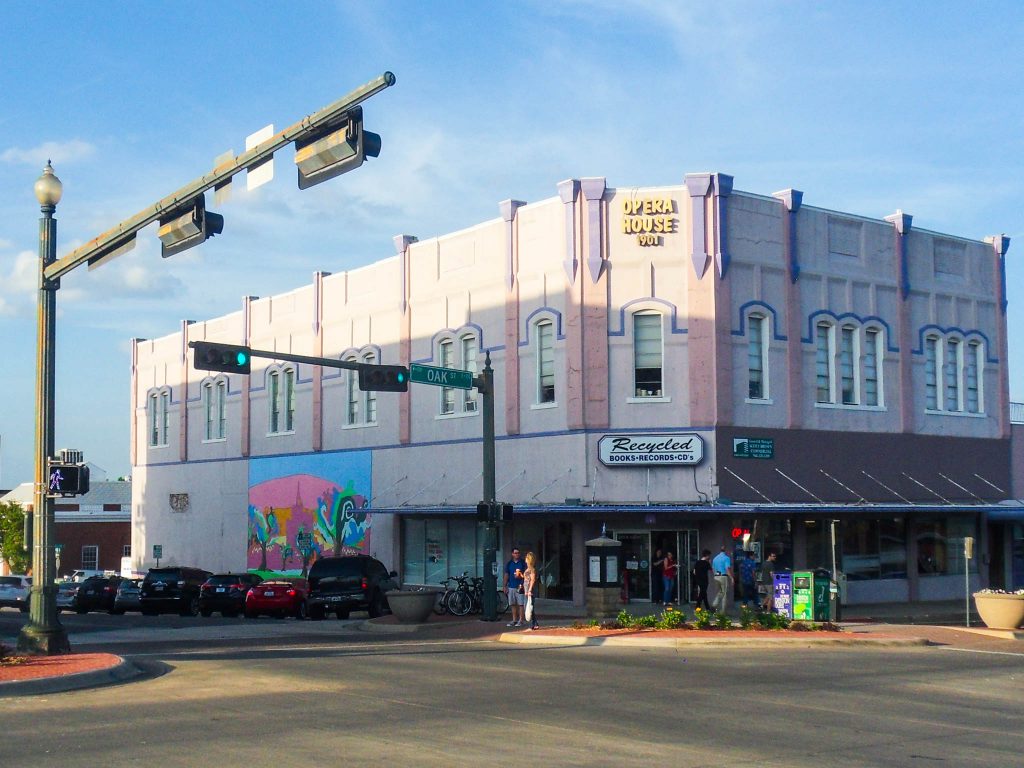 The old Opera House, painted pink and purple for some reason. Inside is an amazing bookstore. 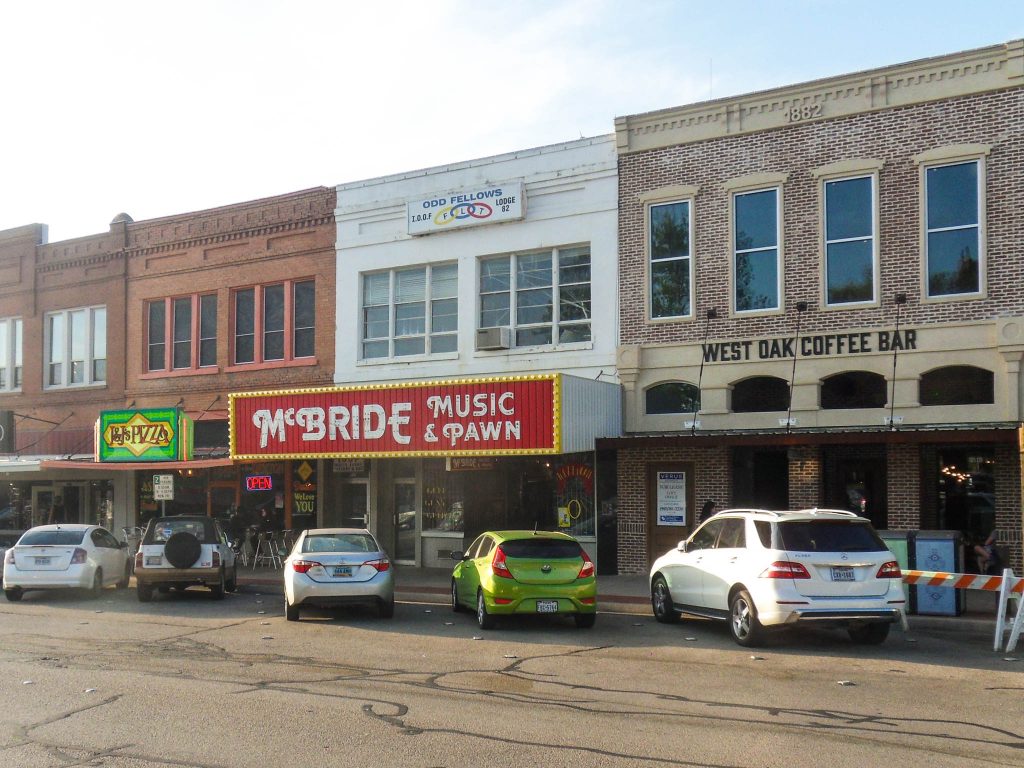 I love the marquee on this music store. Also, the coffee shop on the right is awesome. 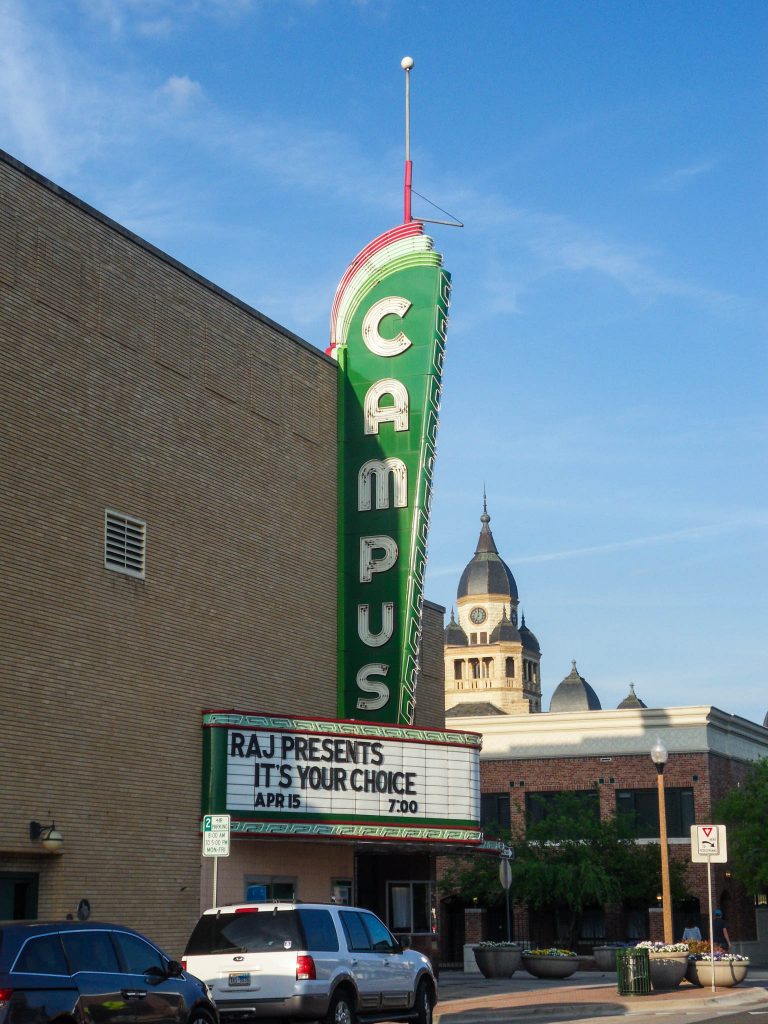 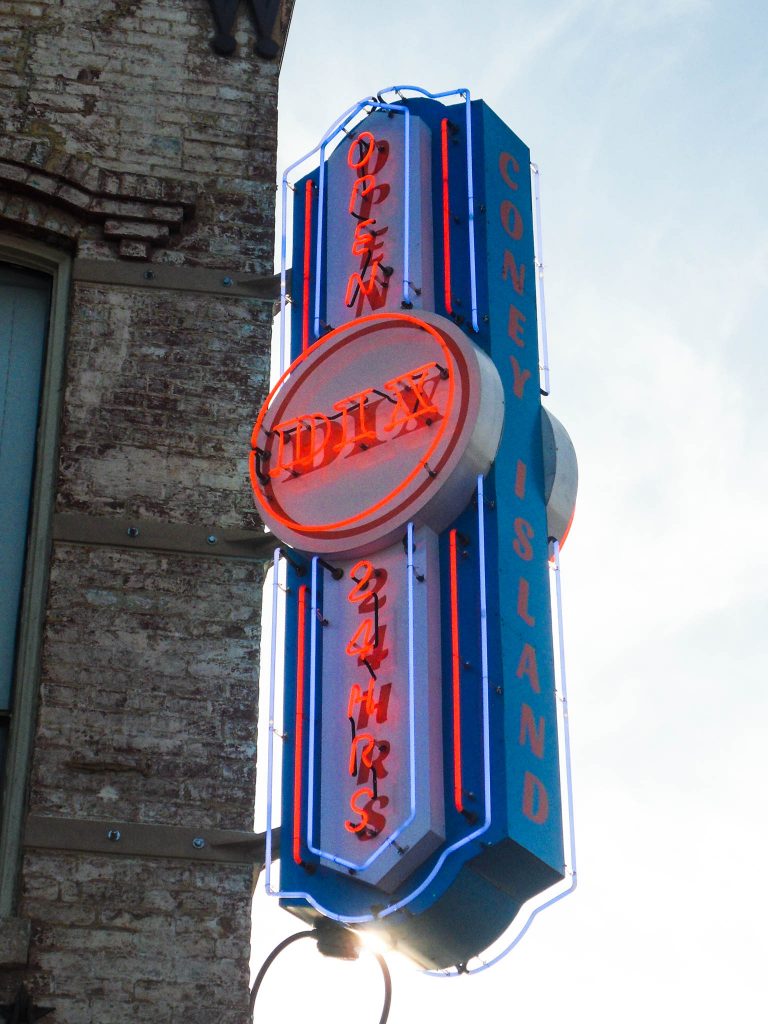 Neon sign for a 24-hour diner on the square. 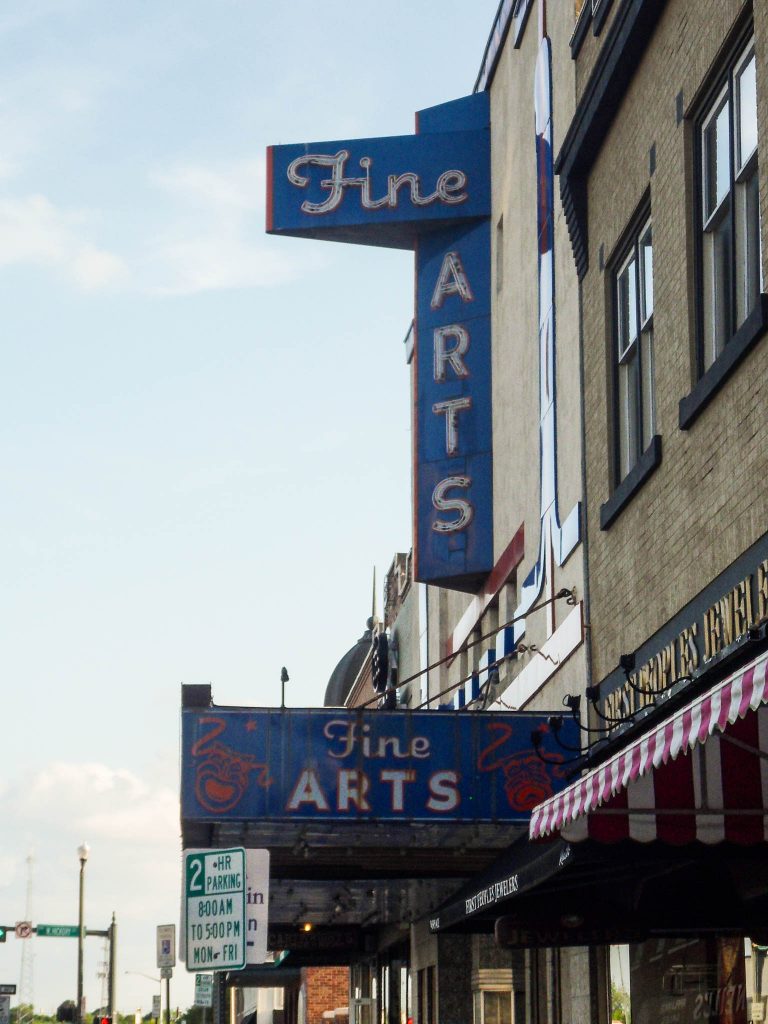 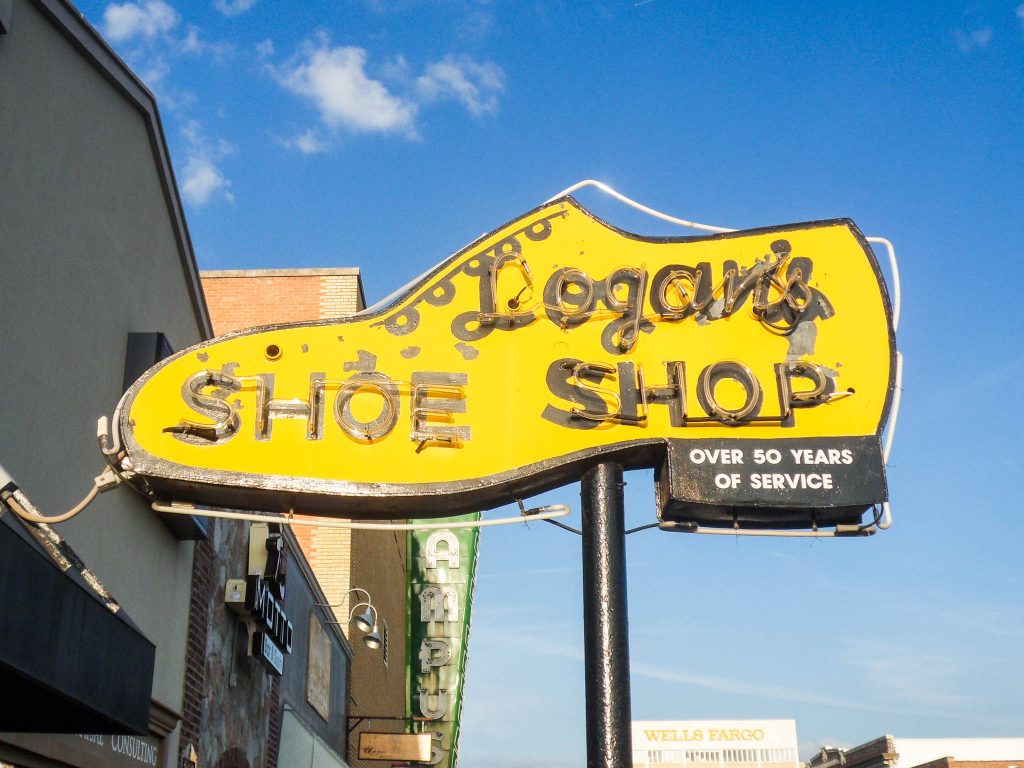 Have you been to Denton? If so, what are some of your favorite buildings there? Let me know in the comment section.