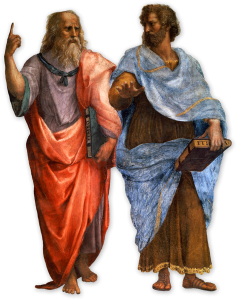 While researching my recent article on religion and morality, I started looking for atheist and non-religious people who have made a positive change in this world. There were plenty of people to choose from, but after I while I did start to notice a dichotomy. Most of the moral, but non-religious people I found were deists or humanists. Many less were avowed atheists. That made me realize that there’s a big difference between atheism and secular humanism.

The Closed-Mindedness of Hardcore Atheism

Many atheists that I’ve met (though not all) seem very closed-minded about the existence of God. I can understand where they’re coming from, but a lack of proof does not disprove anything. On the other hand, secular humanists, deists and agnostics don’t have the same surefire doubt that burns in the heart of hardcore atheists. Unable to prove or disprove the existence of God, they simply choose to focus on this world and this life, without completely denying that there may be more to the universe.

The Open-Mindedness of Humanism

I’ve got nothing against atheists, just like I have nothing against religiously devout people. But I think that if you doubt the existence of God or the afterlife, secular humanism is a better choice than atheism. If you don’t believe in the next world, you should try to make this world the best it can be.

What do you think about secular humanism compared to atheism? Let me know in the comment section.