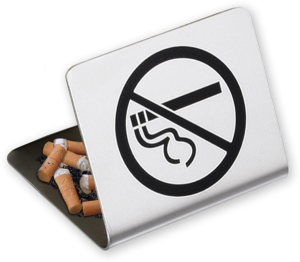 It was raining. Not an unusual event in most places, but Los Gatitos was not most places. Smack dab in the middle of the Wasabi desert, it was the driest town in North America. This was the first rain in eight years, and people were freaking out like it was the apocalypse.

“Ain’t never seen a rain like this,” said Old Man Jenkins, sitting in the corner of the Los Gatitos Café. “Not since the Great Storm of Sixty-Two.”

Jenkins lit up a cigarette and turned over a “no smoking” sign to use as an ashtray while Jessie stood worrying. Meanwhile I polished off the dregs of my coffee. Jessie came over a minute later to give me a refill.

“Do you think we’ll be okay?” she asked as she poured me some coffee.

“I think we’ll be fine,” I replied. “We could probably use the rain.”

I looked out the window as she walked away. The rain was coming down harder than ever. I didn’t want to worry the poor girl, but the sheer power of the water was very frightening. Los Gatitos was situated on the Arroyo Muerto, an ancient riverbed just waiting for a river. One good storm and the whole town could end up in the ocean, hundreds of miles away.

Out in the Rain

I took a sip of coffee and looked back outside, where I saw a figure darting through the rain, taking refuge under the awning of the True Value. The water was coming down so hard that I couldn’t quite make out who it was, though it looked a bit like Diana.

Could it be? I thought she was gone for good. Had she come back like the long-departed rain? I watched her under the awning, waiting for the rain to abate. After a minute or two, she grew tired of waiting and darted out into the street, dodging puddles with little success. The water went up past the top of her boots, and she was soaking wet when she walked in the door of the Los Gatitos Café.

Jessie brought her a couple of dishtowels while Jenkins watched from the corner. Diana dried herself off as best she could, never once looking in my direction. When she finally glanced over at me, the look in her eyes tied my stomach in a knot. She had a look unlike any woman I knew, and she wasn’t afraid to use it.

“Put that damn thing out,” she said to Jenkins, who promptly stubbed his cigarette on the back of the “no smoking” sign. I almost laughed. In all of my years, I had never seen Jenkins so obedient.

Just Getting Some Lunch

Without another word, Diana walked over and sat down across from me. She was still dripping wet. Her white blouse was translucent, and her bra was showing right through. I glanced just a moment too long, and she zipped up her jacket.

“So what brings you around?” I asked.

“Just getting some lunch.”

“Cut the crap, Diana. I saw you running through the rain.”

She smiled and brushed the wet brown hair from her face. Then Jessie came over and took her order. Once she left I looked back at Diana.

“Traveling,” she replied. “Working here and there.”

“Still working on it.”

“When are you going to finish?”

“You’re worried about me? Why?”

“You’re stagnant. You’ve been stagnant ever since we broke up.”

“Oh, come on, Albert, you can’t tell me you didn’t see it coming from a mile away.”

“You were in a dark place then, even darker than now.”

“No, I think you’re just stagnant.”

“You said that already.”

“That’s because I’m trying to drill it through your thick head.”

“You’re the most stubborn man I’ve ever met.”

“So do I. So does everybody. But Al, what the hell are you doing with yourself? It’s been four years since we were together, and you’ve done nothing.”

“Yeah, that’s what I thought,” she said, throwing a couple of bucks on the table. “Do you still have my number?”

Back Into the Downpour

With that she walked out into the rain without another word. I watched her walk away in the open rain, not even trying to dodge the deep puddles. She turned a corner on La Cima Street, and just like that, she was out of my life once more.

I sat at the table after she left, thinking about what she had said. My coffee got cold and Jessie brought my check. Jenkins lit another cigarette. The rain started to falter as the clouds broke apart. I paid my bill and walked outside.

I looked for a rainbow, but there was nothing so cliché. Still, the world felt new, and for the first time in years, I thought about the possibilities of change.

Have you ever had a friend or relative (or even an ex) confront you about your life? How did that turn out? Let me know in the comment section.